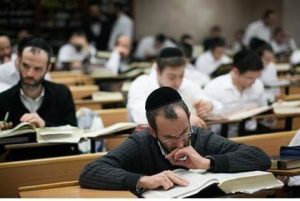 Most parents want the best for their kids and think that learning for a year in Israel is a waste of time. One or both parents might say that you can learn Torah at any time, not appreciating that a year or two in Israel can help strengthen ones emuna (faith) in light of entering a secular college campus atmosphere. At any rate, here are the top five excuses I personally heard on why not to learn for a year in Eretz Yisrael.

1. You can learn for a year after college

This is usually used to prevent one from going for a year before college. The hope is that after 4 years in college/university the madness will go out of the kids’ mind.

2. War zone – Too many people aren’t going because of “the situation in Israel”

The reality is that Israel is “at war” with her neighbors at least once every two-five years. At the same time Israel has possibly the best security system in the world to not only fend off attackers, but to teach the rest of the world a lesson or two on terrorist management.

3. Not enough money – college or bust

Saying that one doesn’t have enough money can actually be a legitimate reason. No two family situations are the same. But if the kid is motivated, s/he can apply for scholarships or do some sort of work/study program.

4. People with too much independence have gone “off the derech”

Sometimes all it takes is for one to run into the wrong crowd. However, a good parent knows how to assess the child’s personality and belief system. Two people can experience or witness the same thing yet have two different conclusions based on different worldviews.

Many parents outside of Israel are hoping that this is fad that will end soon. In their generation going for a year in Israel wasn’t “in vogue” and one was able to learn in a Beis Medrash/Seminary in their own city just the same.

The truth is that this one has become popular since the 2008 crash. With jobs in short supply people are opting to do jobs and internships lest they show gaps in their resumes.

← Top 10 Business People Who Are No Longer Billionaires
TRUTH Be Told: Jordanian-Palestinian Politician Says There Is No ISIS Ideology – It’s Islam →