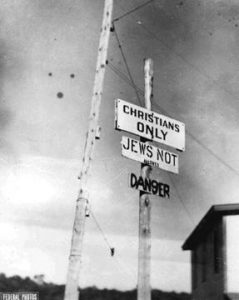 “Palestine” isn’t enslaved by modern Israel. Israel was handed to us “fair and square” by the British via the Balfour Declaration. The “Palestinian State” is Jordan.

Since the Balfour declaration there were many partition plans designed to shrink the Jewish state into a small nothing from a land once designated to both “Palestinian Jews and Palestinian Arabs.” Throughout each re-partition there were many pogroms against the Jews in Israel (the 1929 Hebron massacre comes to mind). Even having a tiny spec of land wasn’t enough as five countries in 1947 went to war in an attempt to drive Israel into the sea. Thankfully that didn’t happen, and the day after Yom Ha’Atzmaut (Israel independence day) became simultaneously known as Yawm an-Nakba, meaning “Day of the Catastrophe” among the Arabs.

Also for the record, Israel has done a remarkable job in allowing Muslim/Druze Arabs, Christians and other cultures integrate into Israel with full citizenship rights. The whole separation is due to the select ones that wish to see Israel’s destruction.

2. Ashkenazi Jews are from Khazars

The day Judaism is a purely ethnic religion is the day I replace Derek Jeter as the Yankees’ starting shortstop. All Jews are converts by merit of the revelation of Mount Sinai, where Judaism as a formalized religion began. How do we know it didn’t start later on in Khazar?

We know of this due to the Kohanim and Leviim (Levites). To be of that lineage, you need a) a blood line stemming from the ancient tribe of Levi – on the male side – from over 3,500 years ago, and b) one needed to have been Jewish throughout that time without any concerns of intermarriage by the men. Should one be a convert since the Sinai revelation, that person is considered “reborn” and is placed into the general group of Israel. Kohanim and Levites are therefore an exclusive group, and a number of them have always been present among Ashkenazi Jews. This is proof enough that Jews didn’t start with Khazars.

3. The Jews in Israel Aren’t the Original Jews

While there were mass waves of immigration over the last 100 years, the fact is that Jews have always been present in the land of Israel even when it was a desolate wasteland. Jews from other lands have always been their brethren and were welcomed in. Therefore…

6. Hitler Should Have Finished the Job

Another one. Don’t people realize that when push comes to shove and a countries’ economy is in bad straits, minorities are always to blame? Jews especially aren’t different with one exception: our long record of being the scapegoat. 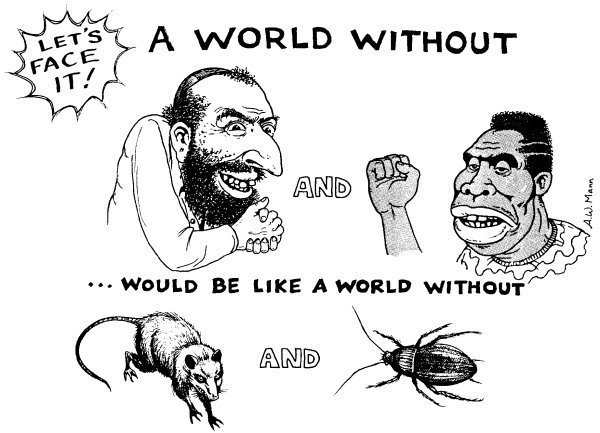 That’s what some are probably reading this post as. Well, if this is propaganda, then I don’t want to know what the other “news” is as most of it omits at least half the facts, if not more.

8. The Jews Control the Media

“Therefore, let’s blame the Jews for not displaying the right news.” Okay. Not all Jews are rich and control the media, banks, etc. At the same time, not everything in the media is Jew-run. It’s true though that early Jewish immigrants to the U.S. were more driven to overcome 2,000 years of persecution, but that’s to the Jews’ credit. Of course, when someone sees another as successful, there’s immediate jealousy. It’s human nature.

9. It says in the Jews’ Talmud that Jews Can Cheat Gentiles.

No, it does not. And someone actually told me this once.

In fact, the following story from the Talmud Yerushalmi (Bava Metzia 2) illustrates how the exact opposite is true:

“Rabbi Shimon Ben Shetach worked in the flax business. His students advised him to give up that business and buy a donkey which would provide a better income. Shimon Ben Shetach agreed. So his students went to a pagan Arab and bought a donkey for him. After the purchase they discovered a large diamond tied to it. They brought the animal and the jewel to their rebbe who thereupon asked them, “Did the Arab know that there was a diamond tied to the donkey?” They answered, “No.”

Shimon Ben Shetach told his students to immediately go back and return the diamond. But the students knew the laws regarding returning lost objects to idolaters. They knew that they were not required by halacha to do so. Why, they asked their rebbe, did he ask them to return it? He answered, Do you think that I am a barbarian? I am more interested in hearing the exclamation, “Blessed be the God of the Jews” from pagans than I am in earning a living.”

10. The Jews/Israelis are doing to the Arabs what Hitler did to the Jews, no better.

Also, FASCIST PIECE OF S**TS. A brief look at what the Nazis did to the Jews among other minorities shows that there is not even a thread of a comparison. One is protecting a people from actual attacks and bombings. The other “protects” a people from a perception of a whole ethnic group draining the country’s economy by “throwing the war” of WWI.