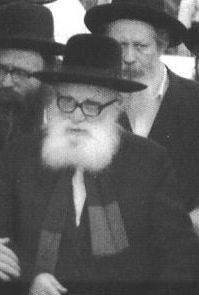 A sweet story is always worth repeating. A young student once went to see the Lev Simcha (R’ Simcha Bunim Alter – the Gerrer Rebbe). When asked which yeshiva he attended, he replied with the name of an institution renowned for its work with newly committed students (a Baal Teshuva Yeshiva). “But I’m not a baal teshuva,” he quickly added. “Why not?” was the Rebbe’s rejoinder. “We should all strive to be baalei teshuva.”

In this world of labels and characterization, some people may think of baalei teshuva as a certain kind of exotic being  brave and noble, but not really part of the general population. Of course, this is ludicrous. Every person stagnates unless constant thoughts of teshuva are on his mind. The whole of one’s life should be considered and refined regularly. If not, we stop growing.

King David knew what it was to do teshuva, and through his Tehillim, he left us ample lessons to be learned. This particular kapitel was written after the events surrounding the death of Batsheva’s husband Uriah. From his previous heights of spirituality, David felt he had fallen into the abyss. His sin weighed heavily on his mind. He realized that as leader of his people, his sin could be held against them as well. David knew there is no such thing as a behavior that is solely the business of the one who performs it. In spiritual matters, a “victimless crime” does not exist. We are all responsible for each other, and when one fails, his actions have repercussions on others. The spiritual air we breathe changes when a member of our community becomes ensnared in sinful actions.