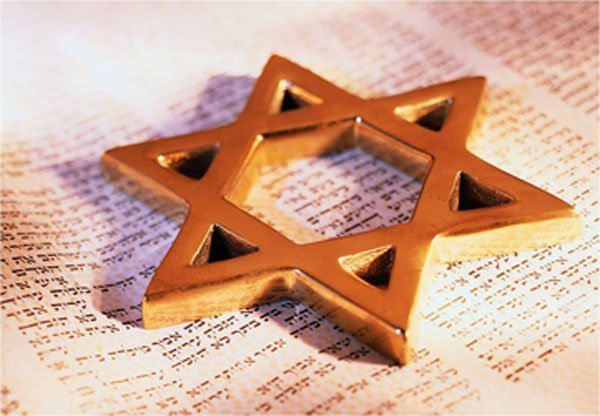 Behind Jewish belief in Torah she-be-al Peh, the “Oral Law”, lies a fundamental truth. The meaning of a text is not given by the text itself. Between a text and its meaning lies the act of interpretation – and this depends on who is interpreting, in what context, and with what beliefs.

Without an authoritative tradition of interpretation – in Judaism, the Oral Law -there would be chaos. To be sure, there were sectarian groups within Judaism – Sadducees, Karaites and others – who accepted the Written Torah but not the Oral Law, but in reality such a doctrine is untenable.

The Babylonian Talmud demonstrates this elegantly and with humour. It tells of a certain non-Jew who sought to convert to Judaism, and went to the great sage Hillel to do so. He made one proviso. “Convert me on condition that I accept the Written but not the Oral Law.” He was willing to be a Jew, but only a heretical one.

Hillel made no protest, and told the man to come to him for instruction. The first day, Hillel taught him he first four letters of the Hebrew alphabet: aleph, bet, gimel, dalet. The next day he taught him the same letters in reverse order: dalet, gimel, bet, aleph. “But yesterday,” protested the man, “you taught me the opposite.” “You see,” said Hillel, “you have to rely on me even to learn the alphabet. Rely on me also when it comes to the Oral Law.” (Shabbat 31a). Without agreed principles, there can be no teaching, no learning, no authority, no genuine communication.

One passage in this week’s sedra shows how differences in interpretation can lead to, or flow from, profound differences in culture. Ironically, the subject concerned – abortion – remains deeply contentious to this day.

The text deals not with abortion per se, but with a fight between two people in which a bystander – a pregnant woman – is hit, with the result that she miscarries. What is the punishment in such a case? Here is the text:

“If men who are fighting hit a pregnant woman and she has a miscarriage but there is no other fatal damage [ason], the offender must be fined whatever the woman’s husband demands and the court allows. But if there is fatal damage [ason], you are to take life for life . . .” (Ex. 21: 22-23)

The word ason means “mischief, evil, harm, calamity, disaster”. Jacob uses it when his sons tell him that the second-in-command in Egypt (Joseph) insists that they bring their youngest brother Benjamin with them when they return, if they are to be cleared of the charge of spying. With Joseph missing, Benjamin is the only son left of Jacob’s beloved wife (by then dead), Rachel. Jacob refuses to give permission for Benjamin to leave home, saying: “If you take this one from me, too, and he meets with disaster (ason), you will send my white head down to the grave in sorrow” (Gen. 44: 29).

The meaning of the law about fighting men, then, is this: If the woman miscarries but suffers no other injury, the person responsible must pay compensation for the loss of the unborn child, but suffers no other penalty. If, however, the woman dies, he is guilty of a much more serious offence (the sages, in Sanhedrin 79a, disagreed as to whether this means that he is liable to capital punishment or not).

One thing, however, is clear. Causing a woman to miscarry – being responsible for the death of a foetus – is not a capital offence. Until birth, the foetus does not have the legal status of a person.

At the same time that the sages in Israel were teaching this law, there was a significant Jewish community in Alexandria, Egypt. A passage in the Talmud describes the great splendour of the synagogue there. The Alexandrian Jewish community – whose most famous member was the first century philosopher Philo – was highly Hellenized. It developed its own traditions, at times quite different from those of the rabbinic mainstream. In one of his works, Philo, explaining the main principles of Jewish law to a non-Hebrew-reading public, turns to the biblical passage under review, and paraphrases it in these words:

But if anyone has a contest with a woman who is pregnant, and strike her a blow on her belly, and she miscarry, if the child which was conceived within her is still unfashioned and unformed, he shall be punished by a fine, both for the assault which he has committed and also because he has prevented nature, who was fashioning and preparing that most excellent of all creatures, a human being, from bringing him into existence. But if the child which was conceived had assumed a distinct shape in all its parts, having received all its proper connective and distinctive qualities, he shall die; for such a creature as that, is a man, whom he has slain while still in the workshop of nature, who had not thought it as yet a proper time to produce him to the light, but had kept him like a statue lying in a sculptor’s workshop, requiring nothing more than to be released and sent out into the world. (The Special Laws, III: XIX)

Philo understands the word ason to mean, not “calamity”, but rather “form”. The meaning of the two verses is now completely different. In both cases, they are talking about damage to the foetus only. In the first case, “there is no ason” means, the foetus was “unformed” – i.e. at an early stage of development. The second verse speaks of a foetus “that has form”, i.e. at a later stage of pregnancy. Philo puts this rather finely when he compares the developed foetus to a sculpture that has been finished but has not yet left the sculptor’s workshop. On this view foeticide – and hence abortion – can be a capital crime, an act of murder.hilo’s interpretation – and the views of the Alexandrian Jewish community generally – were to play a significant part in the religious history of the West. This was not because they had an impact on Jews: they did not. Rather, they had an impact on Christianity. The decisive victory of the Pauline Church over the Jerusalem Church, headed by Jesus’ brother James, meant that Christianity spread among gentiles rather than Jews. The first Christian texts were written in Greek rather than Hebrew. They were, at the same time, intensely dependent on the Hebrew Bible. In fact the one serious attempt to divorce Christianity completely from the Hebrew Bible – made by the 2nd century Gnostic Marcion – was deemed to be a heresy.

Christians were therefore dependent on Greek translations of and commentaries to Tanakh, and these were to be found among Alexandrian Jewry. The result was that early Christian teaching on abortion followed Philo rather than the sages. The key distinction was, as Augustine put it, betweenembryo informatus and embryo formatus – an unformed or formed foetus. If the foetus was formed (i.e. more than forty or eighty days had passed since conception: there was argument over the precise period), then causing its death was murder. So taught Tertullian in the second century. So the law remained until 1588 when Pope Sixtus V ordained that abortion at any stage was murder. This ruling was overturned three years later by Pope Gregory XIV, but re-introduced by Pope Pius IX in 1869.

This is not to say that Jewish and Catholic views on abortion are completely different. In practice, they are quite close, especially when compared to the cultures of ancient Greece and Rome, or the secular West today, where abortion is widespread and not seen as a moral evil at all. Judaism permits abortion only to save the life of the mother or to protect her from life-threatening illness. A foetus may not be a person in Jewish law, but it is a potential person, and must therefore be protected. However, the theoretical difference is real. In Judaism, abortion is not murder. In Catholicism, it is.

It is fascinating to see how this difference arose – over a difference in interpretation of a single word, ason. Without tradition and all the sages meant by “the Oral Law”, we would simply not know what a verse means. Between a text and its meaning stands the act of interpretation. Without rules to guide us – rules handed down across the generations – we would be in the same position as Hillel’s student, unable even to begin.