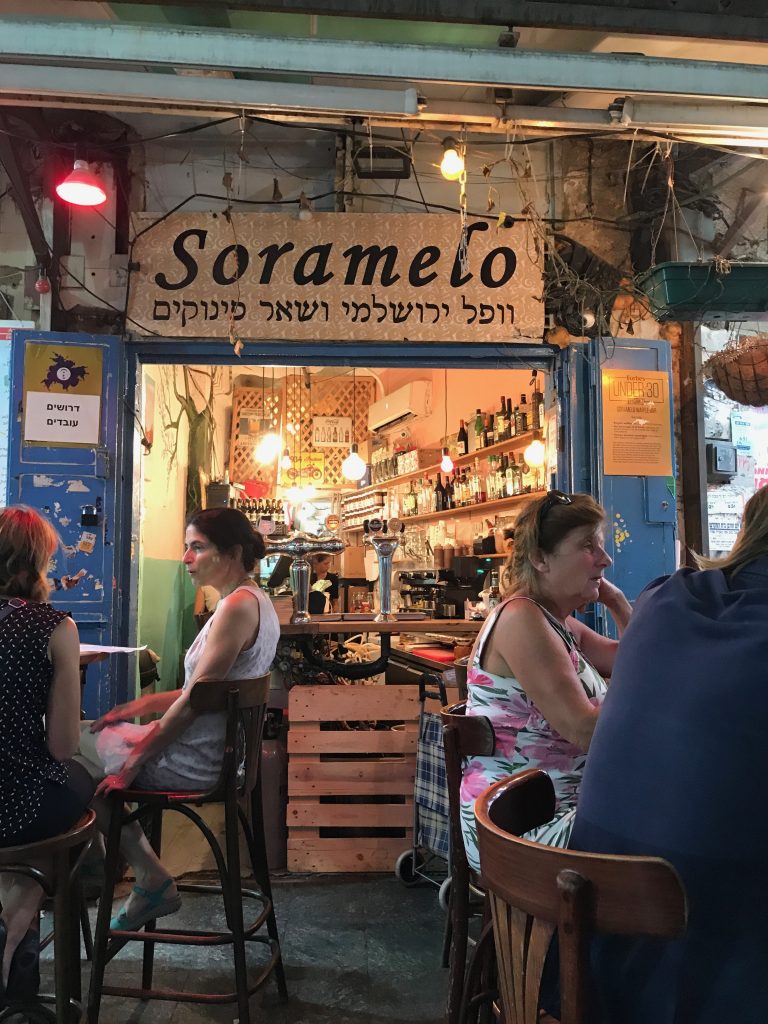 During our trip in Israel we decided to stop at Soramelo for Belgian waffles for the following reasons:

1. We read a piece in Ami Magazine about how awesome the experience was,
2. TripAdvisor reviewers were touting the location and waffles, and
3. My kids who love Belgian waffles were driving us crazy about going there.

While I have no complaints about the waffles (the wide array of flavors is as advertised and good), there are some things I feel I need to add:

1. The place is TINY (see picture below) and they only have seating outside on the sidewalk,
2. The hechsher isn’t the greatest as they only have Rabbanut and not Badatz/Mehadrin (which some may be lenient as it’s only Dairy and not meat),
3. They only start at a flexible time (“at around when the other stores close”), and
4. It’s loud and wifi connectivity leaves much to be desired.

Regarding 1), due to the high traffic despite the time of night (hey, it’s a shuk, right?), I was forced to move my chair due to some rude Israelis (not associated with the store) barking at me to move as there was no sidewalk space for them to walk. This was further exacerbated by the fact that there was a shnorrer right behind me taking up more sidewalk space collecting. I moved my chair and in the process accidentally sat on my daughter’s foot, which is incredibly painful considering I’m not a small person. To that, the animals behind me that barked earlier didn’t seem to hear or care at all. That left a really bad taste in my mouth regarding the location. 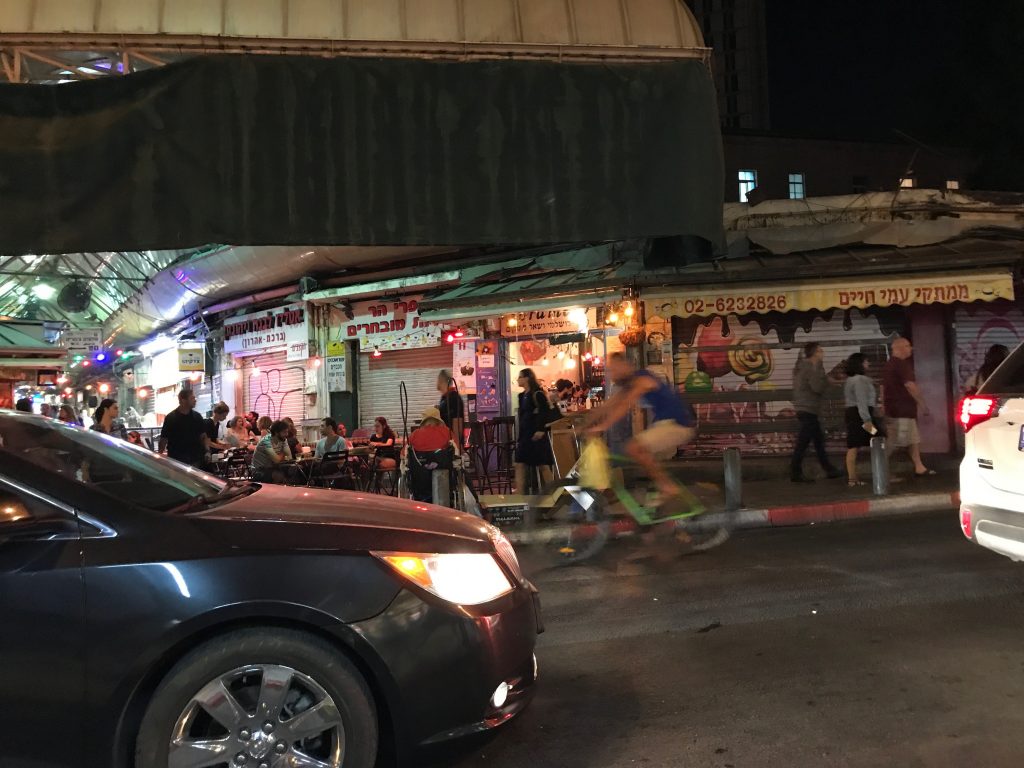 Here, we are waiting for the bus. In front of the sidewalk is the street, followed by the sidewalk across, and behind that Soramelo. That’s how big it actually is.

Regarding 2), we figured that if it’s in Ami magazine it must be all right, but what concerned me was that there was no Hechsher listed at all on any of the review websites. My guess is that the reviewers either aren’t Jewish or don’t care about the Hechsher.

On 3) we ended up walking around the shuk for an additional 20-30 minutes and bought some stuff, but started getting hungry and the place still wasn’t ready.

On 4) it’s mainly my fault. I needed to get in on a call at a certain time and thought I might be able to “wing it” using my phone plus the wifi of the location, coupled with a set of earbuds. Due to the poor wifi and loud noise that wasn’t doable and I needed to reschedule the call much later on.

If you are going for waffles only, the waffles are good – no complaints there. Also, the people running the location were nice. My advice is to go either as yourself or with one other person. Also, make sure that your evening is COMPLETELY slotted off without anything else planned. Lastly, make sure you do not arrive by car as it’s impossible to find parking anywhere near the shuk – take the bus or taxi instead. If you come as six people like we did, or if you need to take any important phone calls, you will not have the ideal experience.