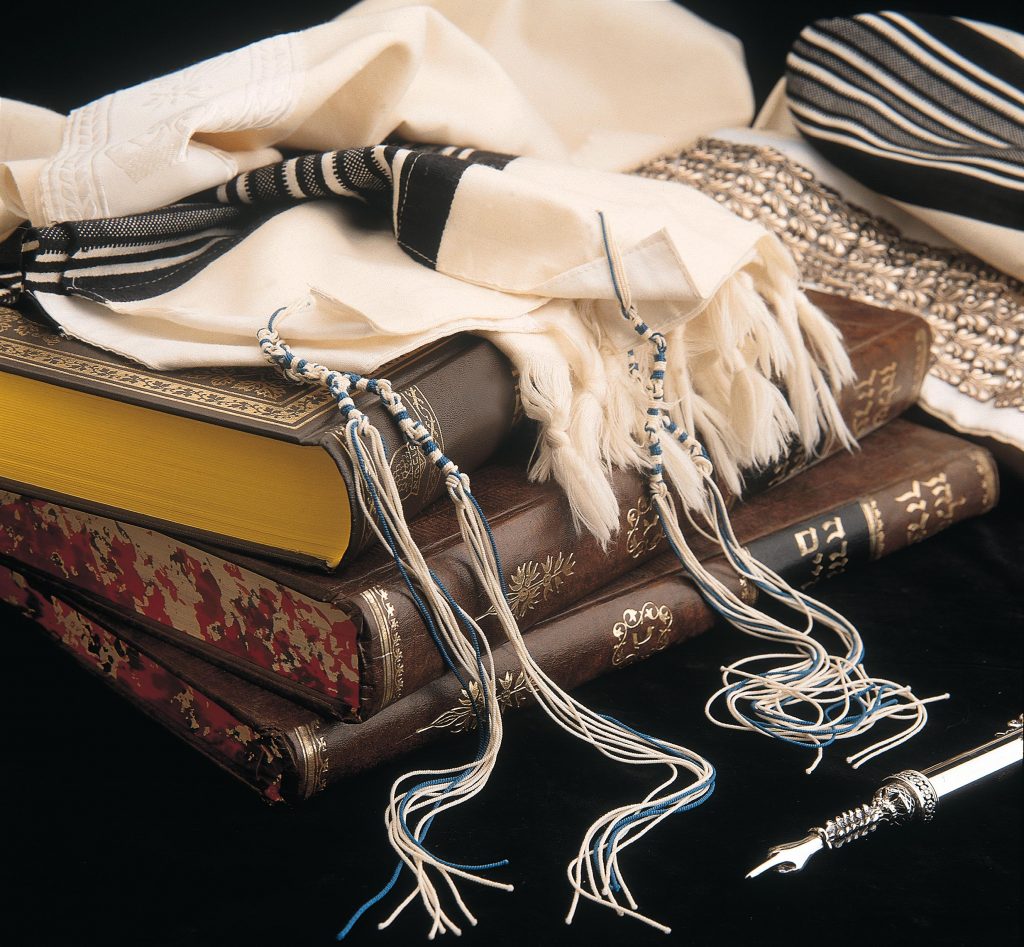 Judaism as a culture and religion is admittedly reactive by nature. One example, in terms of Halacha, Jews blow the Shofar on Mussaf rather than Shacharis, since the Romans got scared of battle calls against them and in response they killed many Jews *. Another example is the customs Jews have during Pesach regarding what foods to eat and not eat – many non-Chometz items were made taboo when there was a fear that Chometz might seep in (which goes way beyond the scope of this piece). Therefore, to make a proactive change to reconstruct something that has been lost for a long time is something that goes against this trend and naturally therefore is met with resistance.

I will admit that not everything published here is sourced. Part of this is to make the reader curious where “all this stuff comes from” and excitedly delve into it like I did. There’s plenty of material available on tekhelet.com‘s library section, YouTube page, and books/education part, as well as on techeiles.org, to occupy you for months. I suggest starting there in order to not only verify what’s written here, but also to provide an informed counter-argument in case anything below clashes with your current worldview.

In general I don’t anticipate convincing anyone one way or another or making anyone agree 100% with what’s written. Everyone reading this will have their own prejudices, and that’s the way it should be.

Tekhelet is a color made from a dye that the Torah commands Jews to wear on four-cornered garment fringes known as Tzitzit. Tekhelet has always been taught to be blue or aqua-blue, though some have posited that it’s “Yarok” (yellow-green: Rashi), Shachor (black or simply a really dark color: Rambam), or purple. For those that held it was purple, Argaman became red and Tolaas Shani became some other shade of red. Due to the Mesorah (father-to-son tradition) being lost approximately 1,300 years regarding color, sea creature and methodology to make the dye, all Jews following Rabbinic tradition stuck with only white strings. 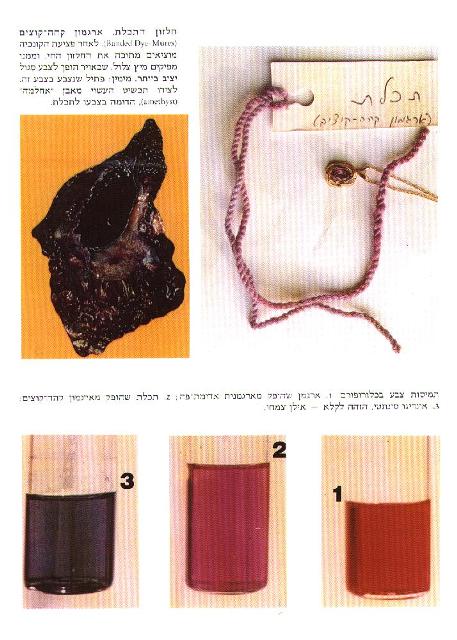 They weren’t sure what the color was or what the Chilazon sea creature was for that matter. No attempts were made to find the creature until the 19th century. Attempts to find the Chilazon were first attempted by the Radziner Rebbe, R’ Gershon Henoch Leiner, then Chief Rabbi Yitzhak HaLevi Herzog (1889–1959). Between the two of them the following creatures were narrowed down to the candidates: the  cuttlefish squid, the murex trunculus snail, and the janthina snail. There also is a “sea hare” which is relatively recent. 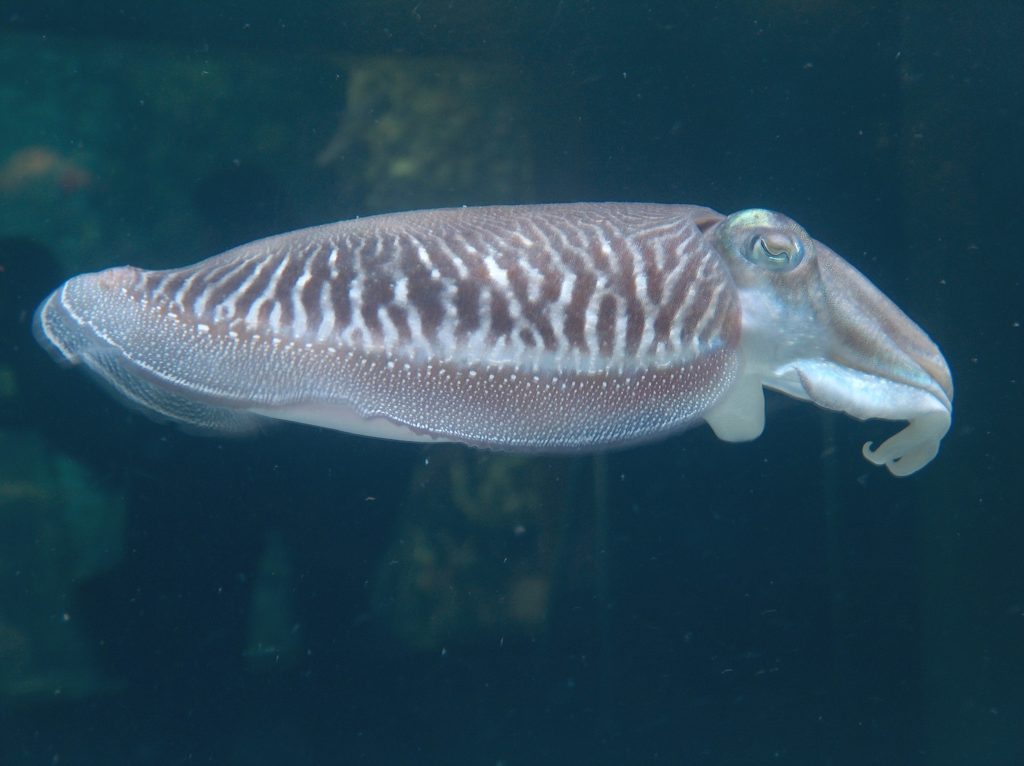 The cuttlefish squid was what the Radzyner Rebbe spent his life betting on and in fact, it seemed like a likely candidate in terms of matching the vague body descriptions of the Talmud. Only thing is, there were three problems:

Yet, even though R’ Herzog pointed these out to the Radzyner Chassidim they continued to wear the cuttlefish tzitzis (and still do). Their answer to 1) is that they’re still researching ways to make it more soluble, and to 2) the iron filings were reminiscent of the vats they “probably” used iron vats/ovens, so the ancient Tekhelet would have had these filings mixed in. Maybe, maybe not, but the blue source here is not the Chilazon.

Whatever the case, everyone agrees that the Radzyner Rebbe thought “outside the box” and not like the masses. 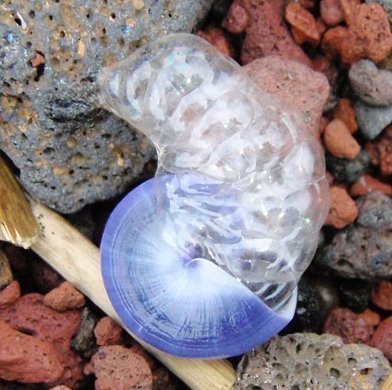 The Janthina was one of R’ Herzog’s favorites, but he quickly ruled it out as the dye temporarily went purple, then quickly changed to brown. R’ Herzog admitted that this was a problem. He liked that the body had a bluish color and that it’s hard to find. 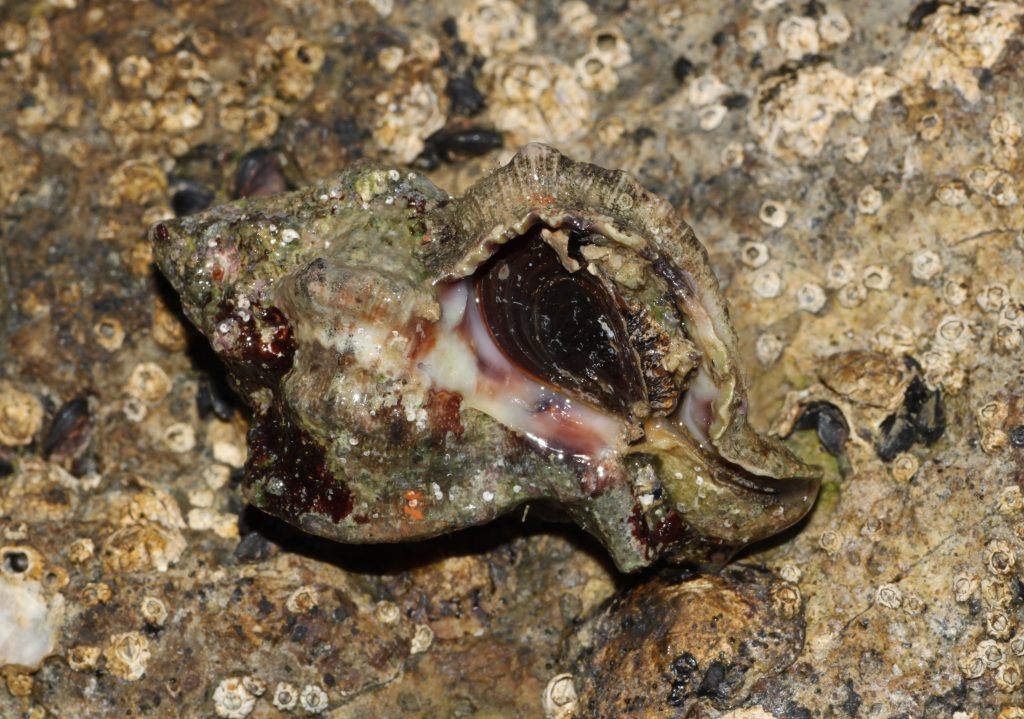 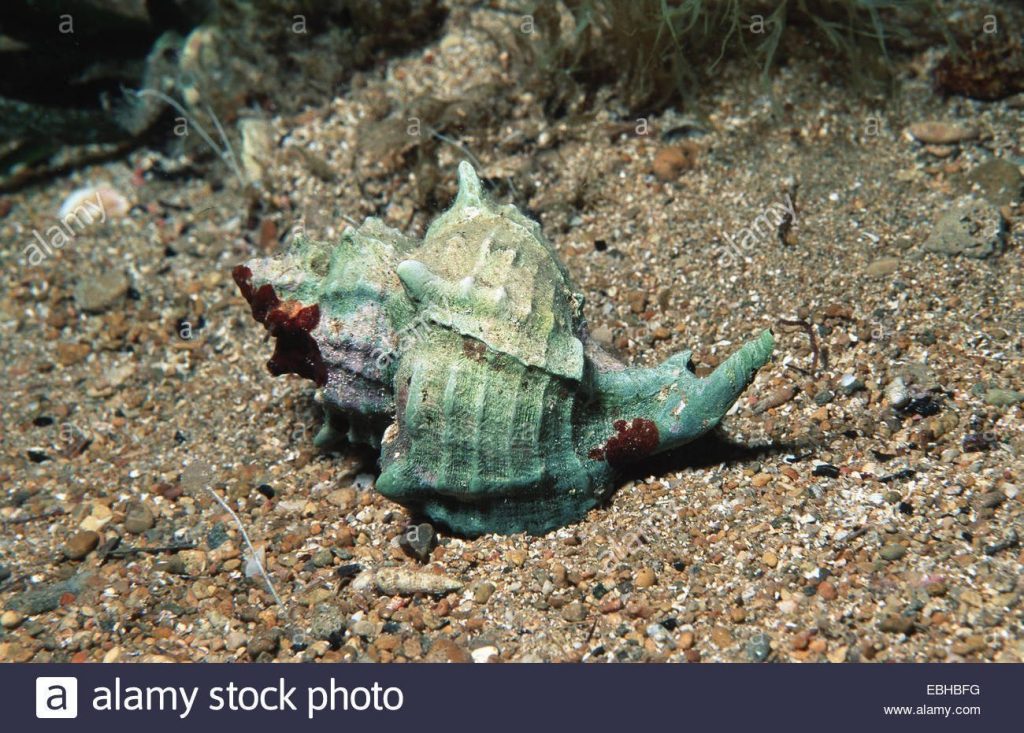 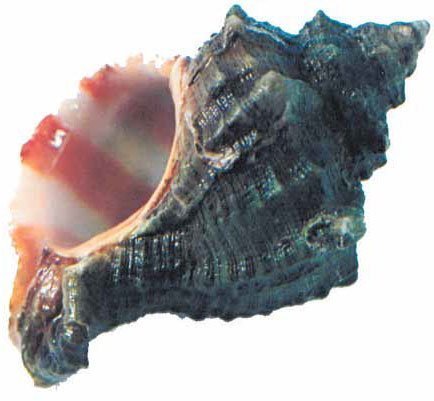 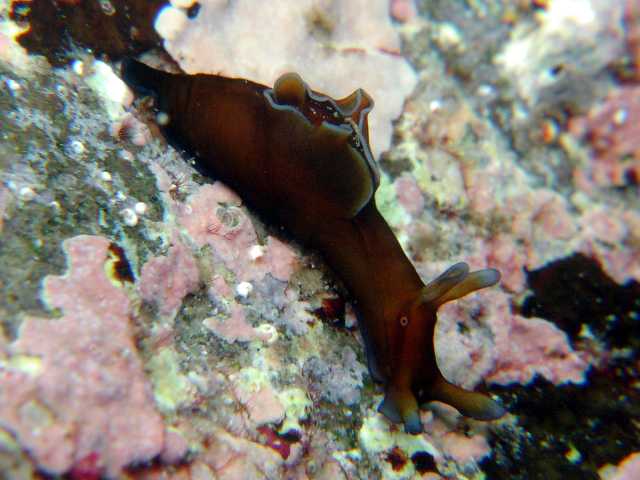 “If aplysiviolin was successfully used for dyeing, one can also think of the Aplysia (fig. 18), which, too, yields a violet liquid. It was mentioned by R. Tavger [Rav Eliyahu Tavger “Three articles on issue of Tekhelet”, P’til Tekhelet foundation edition, in Hebrew, 5757 year ( 1996)] but he was then told by specialists that the Applysia’s secretion could not be used for dyeing. If we insist on a shell for the Hilazon, the Aplysia has a miniature relict shell on its back (cf. the cuttlefish “shell” mentioned above), but the shell is too small to be detected in archeological findings.”

To preface, it should be noted that in many semitic and nearby languages Chilazon means snail. In Arabic it’s Halazun, in Persian (not semitic, but from a nearby region) it’s Chilazuna, etc. When R’ Herzog chose his candidates, he did so while being proficient/fluent in over a dozen languages. Also, both the Ba”Ch and Rabbi Samson Raphael Hirsch identified Chilazon as Shneck, which in Yiddish means snail.

The Murex trunculus snail was the other snail candidate that R’ Herzog chose. His only issue was that the snail produced a purple color. There actually was one occasion where R’ Herzog discovered the blue color as well but was sad he couldn’t replicate his results.

This problem would linger until the 1980’s.

The Discovery in Brief: “Whoops!” 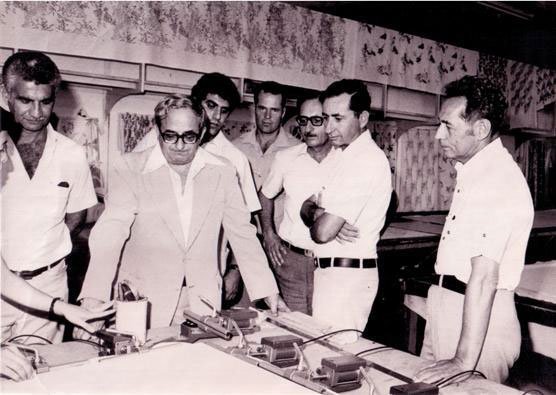 To the right of Prof. Elsner is the late Prof. Gad Alon, second President of Shenkar College, and Yitzhak Navon (in jacket), fifth President of the State of Israel, in his visit to Shenkar in the early 1980’s. Source: https://edelsteincenter.files.wordpress.com/2010/08/second-decade3.pdf 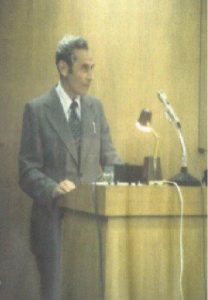 Otto Elsner, a dye chemist from the Shenkar College of Fashion and Textile Technology, discovered the blue color by accident. Crushed murex gland stinks, as it essentially rotting fish. (Think of the worst fish market in town and multiply it by 100. In fact, there’s a Gemara that states that if a woman marries someone who becomes a Tekhelet dyer, if she asks for a divorce she will be granted one for the very reason that he will always stink so bad it directly affects Shalom Bayis. At any rate…)  Until 1983 the murex snail only produced the purple color. Mr. Elsner left the main room and placed a beaker of murex on a windowsill on a sunny day. The UV rays of the sun then broke the chemical bonds which added red into the color (making the color violet – argaman), and left a brominated indigo blue color. Voila! The blue color was rediscovered without adding any chemicals, and the color is the EXACT color as the Kala Ilan color, which beautifully matches the Gemara stating that only Hashem can tell the difference between both color sources. 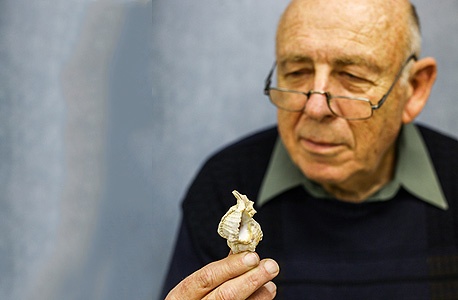 This was the first time murex snail-based blue was discovered since R’ Herzog discovered the blue color as stated above.

What is Kala Ilan? Kala Ilan is indigo blue derived from an plant. In ancient times unscrupulous Tekhelet dealers would create this dye – which was cheaper to make – and sell it as Chilazon-based Tekhelet to users thinking they were wearing the real McCoy. There were also those “looking for a deal” and were wearing it to look frum to their neighbors. This shade of blue is so identical to chilazon-based blue that Chazal had to state that only Hashem could identify the difference between the two. Chazal mandated Tekhelet to be steadfast and Kala Ilan blue fades over time. Kala Ilan is strictly from a plant, as implied from the word Ilan which generally means tree. 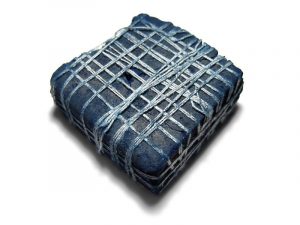 As an interesting aside, in Mandarin Chinese the word “Lan” 蓝 literally means “blue.” Take it at face value. 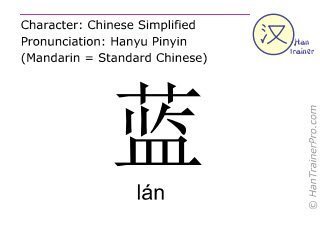 What the Detractors Say 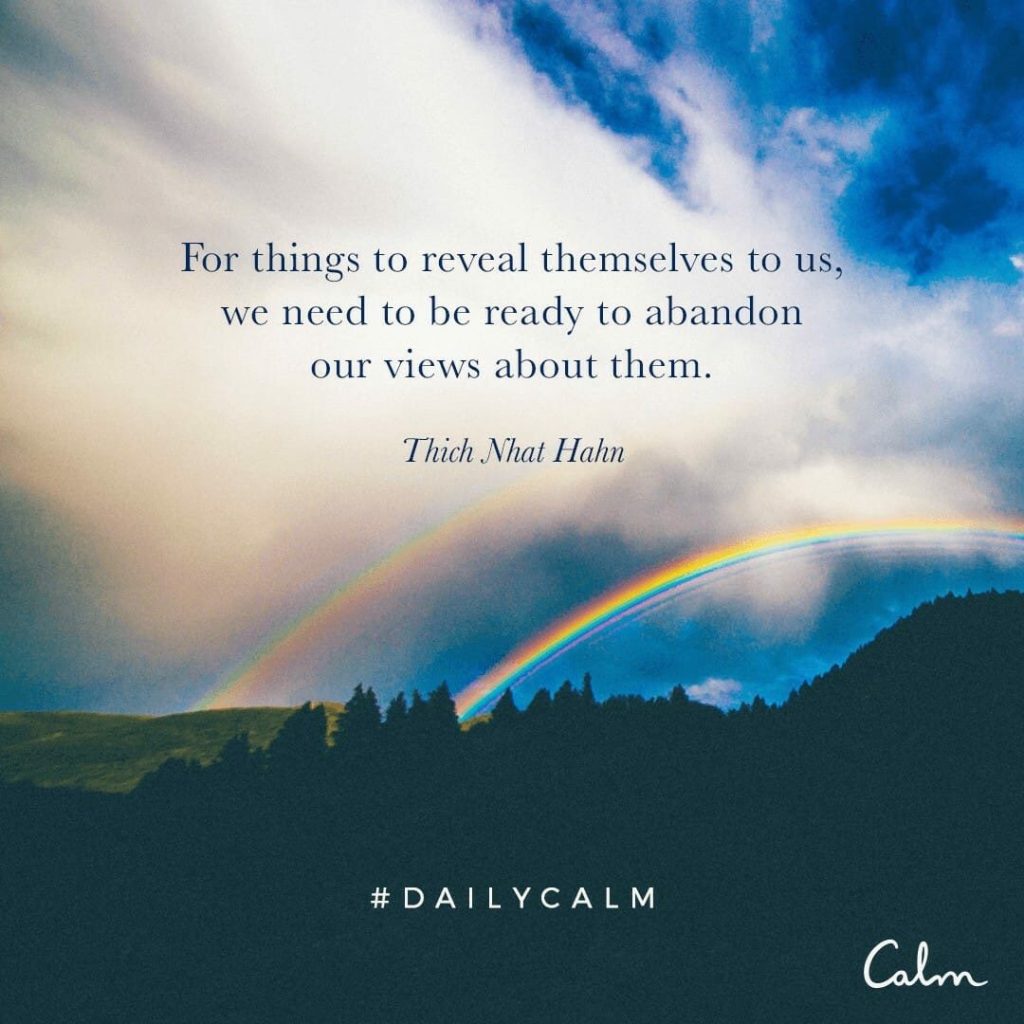 The detractors say a lot. Among which:

First, in response to the above:

What the Positive Ones Say

Orthodox is a term not inherently Jewish. In fact, Ortho is a Greek prefix meaning “straight,” “upright,” “right,” or “correct”. Dox means opinion, praise. Therefore, it means the “straight/correct opinion,” and is a term more used in Christianity (Greek Orthodox, Russian Orthodox, Eastern Orthodox in Germany, etc.). Torah observant Jews assumed the name Orthodox in response to other Jews calling themselves Reform (sort of a nod to the protestant reformation in Christianity) and, whether the Torah observant Jews said “we’re Orthodox” or the Reformed Jews said, “you’re Orthodox,” the name stuck. To be Orthodox implies not changing a single thing from what’s been going “straight” for centuries. It’s to keep things status quo until Moshiach comes.

The reason Tekhelet and Orthodox thinking don’t mix is because a major change such as color on a garment is something that “hasn’t been done before.” Tekhelet therefore is supposed to meet the same pushback as:

In addition, without Tekhelet, Judaism will go on and people will continue to “live just the same” as they always did. Some like R’ Abraham Twerski above feel that this generation is different and need it now more than ever.

The above is why I feel that we as Torah Jews need to stop thinking Orthodox in order to perform Mitzvos better and in a more proactive manner. “We lived just the same” and “this is how it’s always been” are statements of wishing to be static and not break the status quo. As Jews we need to continue to strive to grow to serve Hashem in the best manner we can think of. I believe that the availability of the potential to wear Techeiles is a way to turn a half-mitzvah to a full mitzvah which ultimately will bring us closer to Hashem, at least through the very attempt to purchase and wear it.

*=Mishna Rosh Hashana 4:7 – Judaica Press (p. 403) – “Originally, the Shofar was blown during the Shacharis; once owing to a misunderstanding by the Roman soldiery that it was the signal for revolt there was a massacre of the Jews and so the Rabbis ordained that it be blown during Mussaf. This custom has been retained.”