This is why strict supervision is a must. Without checks and balances, anything goes.

Also see 28 Desserts that Rely on a Shocking Ingredient: 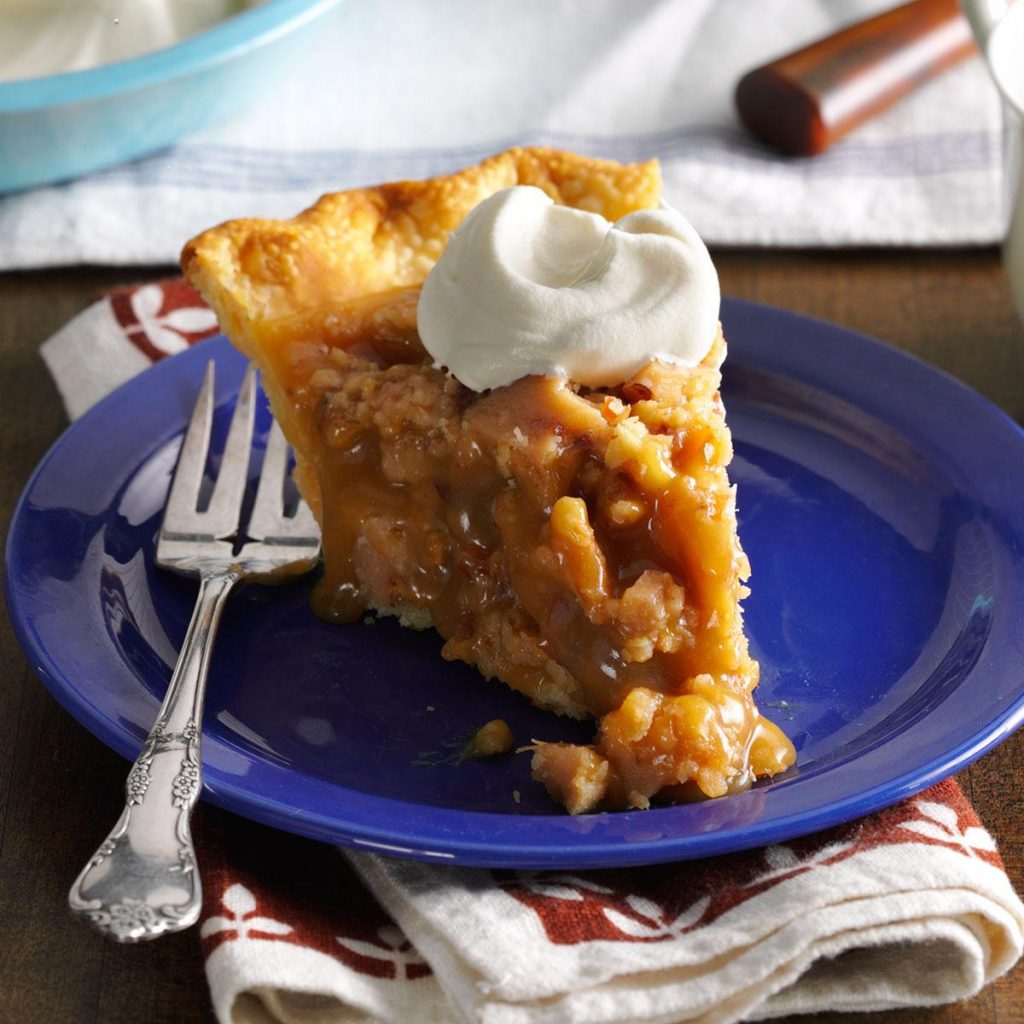 This recipe started as an experiment in making bacon toffee, but by the time I was done I had this sweet and savory butterscotch pie. —Juliann Stoddart, Chicago, Illinois

Get Recipe
From “THE SHOCKING TRUTH ABOUT BREAD:”

What’s in our bread

FAT
Hard fats improve loaf volume, crumb softness and help it to last longer. Hydrogenated fats have commonly been used, though large bakers are phasing them out, possibly replacing them with fractionated fats. These don’t contain or produce transfats, which have been associated with heart disease.

From “The Fresh Loaf:”

Pork fat finds its way into my yeast breads.

Table 7 lists the composition of major fats and oils used in bakeries.

Lard is obtained from the fatty tissues of pigs, with a water content of 12% to 18%. Due to dietary concerns, lard has gradually lost much of its former popularity. It is still extensively used, however, for:

Lard has a good plastic range, which enables it to be worked in a pie dough at fairly low temperatures (try the same thing with butter!). It has a fibrous texture and does not cream well. It is therefore not suitable for cake making. Some grades of lard also have a distinctive flavour, which is another reason it is unsuitable for cake making.

Video: Why Does Cooking with Animal Fat Taste so Good?