Last week, Rabbi Yitzchak Dovid Grossman was visited by Mutty Dotan, head of the Lower Galilee Regional Council. Dotan told him that he had just returned from Germany where he attended a ceremony in honor of the 25th anniversary of the twin cities pact between the regional council and the Hanover district in Germany.

He told his son that he had been an officer in the German air force, the Luftwaffe, during World War II, and handed him an envelope which contained the proof. Upon opening the envelope the astonished son found a Wehrmacht Army Officer’s Certificate, wrapped in a strange wallet made of parchment.After the ceremony, German Bundestag (Parliament) member, Detlev Herzig, of the SPD party, approached him and related a passionate story. His father had died a few weeks before and, before his demise, he confessed to his son his part in the Holocaust. He explained that since there are many Holocaust deniers today, he wanted to present irrevocable evidence of the truth. 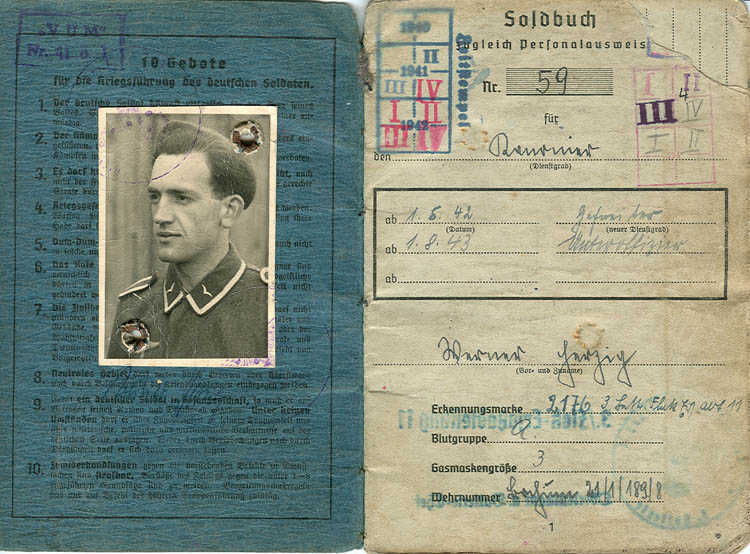 His father explained that while destroying a synagogue he had found a scroll made of parchment and cut out a piece to use as a wallet. Later he discovered that the scroll was something very holy to the Jews. He told his son to give over the evidence to the first Jew he would meet and ask him to deliver it to a holy Jew in Israel who would know how to use it properly. 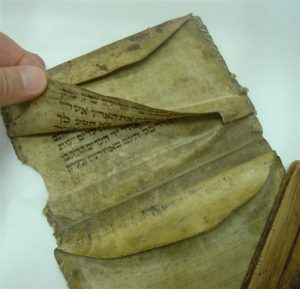 Upon returning to Israel, Dotan decided that the one who fit the description best was Rabbi Yitzchak Dovid Grossman, Founder and Dean of Migdal Ohr, Chief Rabbi of Migdal Ha’Emek, and recipient of the 2004 Israel Prize for Lifetime Achievement. As exciting as the story was, Rabbi Grossman was curious to see what part of the Torah the Nazi “happened” to cut out.
His whole body trembled as the Rabbi read the terrifying words of the Tochacha (the chapter of Rebuke) in Deuteronomy, in which the Torah warns of terrible consequences if the Jews refuse to follow in the ways of the Law.

In the Book of Kings (II Kings 22) a similar story is related.
Righteous King Yoshiyahu was preceded by his wicked father and grandfather who had campaigned actively against the Torah and its observance. They closed down all places of worship and destroyed the Torah scrolls. When Yoshiyahu became king, he sent his emissaries to renovate the Holy Temple which had been badly damaged. 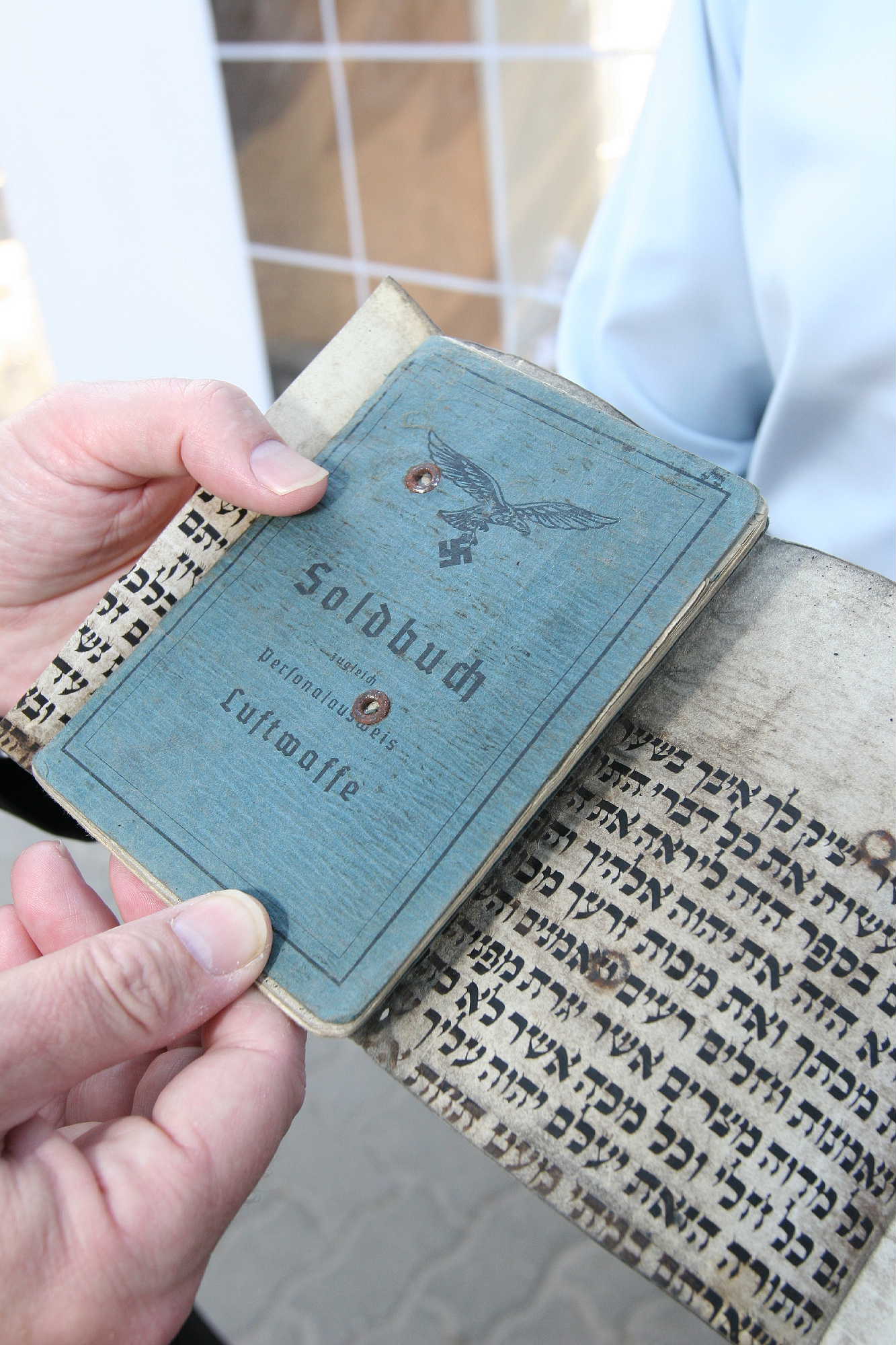 During the restoration, they discovered a Torah scroll which was rolled to the Chapter of Rebuke. The King took this as a Heavenly message that the Jews should repent in order to prevent grave suffering. He gathered together all of Israel and encouraged them to destroy all remnants of idolatry and serve Hashem according to the commandments of the Torah which they had found.

Rabbi Grossman, too, sees this present incident as a message to all of us to improve our ways somewhat. He is showing the Nazi’s certificate and the Torah parchment to everyone he meets and is encouraging them to better their ways however they can. As a result, many have accepted upon themselves to put on tefillin every morning while others have agreed to observe the Sabbath properly. Some have become wary of the Jewish dietary laws and others chose other improvements. “We cannot simply wave this aside as merely a coincidence,” argues Rav Grossman. “We must realize that the Nazi could have cut a part of thousands of other sections of the Torah. Yet the Hand of Divine Providence led him specifically to this chapter. It is something which must make us reconsider our ways.” 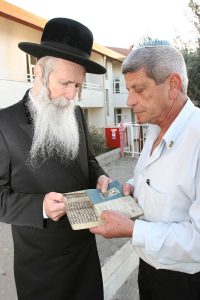 Following is the translation of the passages on the wallet, as recorded in the Artscroll Bible (Deuteronomy 28:57-62): …in the siege and distress that your enemy will distress you in your cities. If you will not be careful to perform all the words of this Torah that are written in this book to fear this honored and awesome Name, Hashem your G-d. Then Hashem will make extraordinary your blows and the blows of illnesses. He will bring back upon you all the sufferings of Egypt of which you were terrified and they will cleave to you. Even any illness and any blow that is not written in this book of the Torah, Hashem will bring upon you until you are destroyed. You will be left few in number, instead of having been like the stars of heaven in abundance for you will not have harkened to the voice of Hashem, your G-d.

Rabbi Yitzchak Dovid Grossman is a sixth generation Jerusalemite, born in 1946. A dramatic turning point in his life occurred in 1968 when he decided to move to the Lower Galilee town of Migdal Ha’Emek to provide the socio-humanitarian aid sorely needed there. More information can be found about Rabbi Grossman here.

← A Cease Fire or a Road Map to Peace?
Rabbi Eli Teitelbaum is no longer with us →