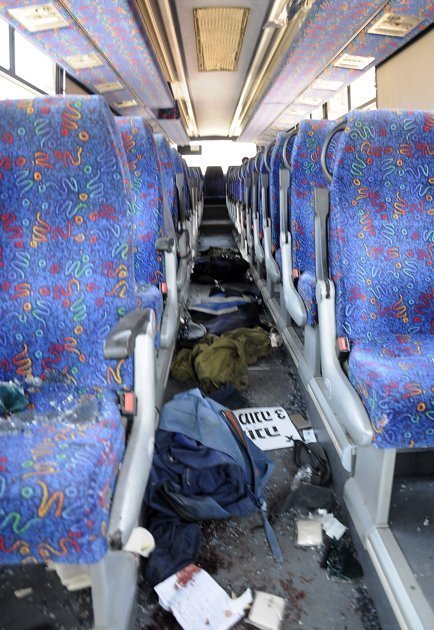 A few weeks ago, there was an ambush in Eilat at around the Egyptian border. Terrorists opened fire at an Egged bus traveling on Road 12 near Eilat. Close to 10 passengers were wounded, including several in serious and moderate condition, and were evacuated to Yoseftal Hospital in Eilat. A number of soldiers were among the casualties, but civilians comprised the majority of the bus.

Egyptian security sources said later on that an army crackdown on armed groups in the northern Sinai had netted four Islamist terrorists as they prepared to blow up a gas pipeline. Their claim was that Egypt didn’t launch the attacks.

I personally find it a bit suspicious that this happened not long after former Egyptian president Hosni Mubarak’s regime was overthrown. Say what you will, but at least when he ran Egypt, relations with Israel at least were neutral. Now, the populace is showing its true colors and supporting Hamas and Iran, both enemies of Israel.

← Torah Proofs with Jeff and the Rabbi
Rav Moshe Feinstein and Going To College In The Summer – What about Touro? →