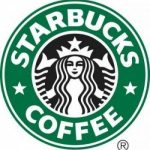 A couple of weeks ago while I was in a hospital a Shomer Shabbos lady, related to us, visited my wife and I bringing nosh from Starbucks. The nosh consisted of a couple of yogurts and hot chocolate in “tall” cups. The yogurts were packaged and had a recognizable Hechsher, but the hot chocolate didn’t as they were in cups. The lady explained that it was Kosher as the ones you buy in the store have a Chaf-K Hechsher. Trusting her at the time, I drank it.

The next time I was at that Starbucks, I asked for a Hot Chocolate, but first kindly asked if I could see the bag first. The Barista complied and showed me the bag. I saw that on the bag, there was no Hechsher! When the Barista pointed out the ingredients and I said that my interest was in whether or not it was Kosher, she told me, “uh, I’m pretty sure that all of our products are, like, Kosher.” Without going into the issues with ham sandwiches that Starbucks also carries (as well as turkey and cheese), I explained that I still needed to see a Kosher symbol. I further explained that, for example, the syrups all have an OU on it EXCEPT for the Pumpkin spice, but without checking, nobody would know. She said that she didn’t know that, to which I replied with pursed lips, “gotta check!” I then ordered something else.

As it turns out, I was right. After a big of Googling, I came across an article in Community Magazine saying:

“That’s why you’ll see different containers of hot chocolate in different Starbucks stores all across the country, and some on the retail shelves that are different from the one used behind the bar. They are produced in different factories. Some bear a hechsher, but many don’t. In many local Starbucks shops, the hot chocolate behind the bar is not kosher, while the one on the retail shelf bears a Chaf-K Dairy. Yes, it can be very confusing.”

As an aside, there is a website called kosherstarbucks.com. While the URL and site design are both nice, the authenticity of it is questionable.

The Star-K a while back came out with a Starbucks chart. I will be the first to admit that I’m guilty of enjoying a Latte or Cappuccino from there even when it’s not a Sha’as HaDchak.