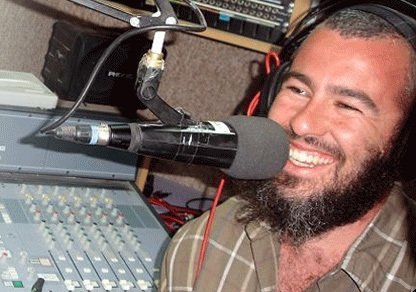 The evils/challenges of the internet. English and Yiddish in front of 40,000 men in Citi field.

Minefield of immorality, opposite of Kedushah, shmutz, vanity of vanities (Hevel Havalim).

Rabbi Ephraim Vachsman: The internet is the test of or generation. We survived Zionism, communism, the Haskalah, but we paid a heavy price. So many lost to us. We stand at a historic crossroads. Your strength, your determination, what Yiddishkeit will look like a few years from now.

They discussed making a special app which allows another one to monitor access. Called “the excommunication app.” Made by RustyBrick and only $5.99. Bring the iPhone up to a person and that will determine if he’s worthy of praying.

The event was $10 a seat. Another 20,000 tickets were sold to the nearby tennis stadium. A lot of folks. People feel strongly about it.

The internet brings immorality into the comfort of your own home. Your mind can take you to very bad places. If sinning is an effort-laden thing the internet has no effort at all. Nothing to belittle it. It’s a gift of our generation but also a great challenge. Drugs: you can take it or abuse it. Nuclear energy. You can use Nuclear energy or build a nuclear bomb.

Images to use for learning. Israel, you needed to travel. Now you can connect to it instantly.

If someone wants to filter the internet, it’s good to know yourself.

What’s sad though is the angry social pressure part, which doesn’t even allow for the possibility that the person could be okay without submitting to a certain level of Big Brother of censorship. When you get to the part of not allowing a kid into the internet because Dad is a web designer, it’s a problem.

Teach internet how to use it safely, but to lay down this smackdown, you’re guilty based on suspicion.

Something likely is lurking here behind the scenes.

Big Danger the Internet Asifah is Hiding: the Diaspora 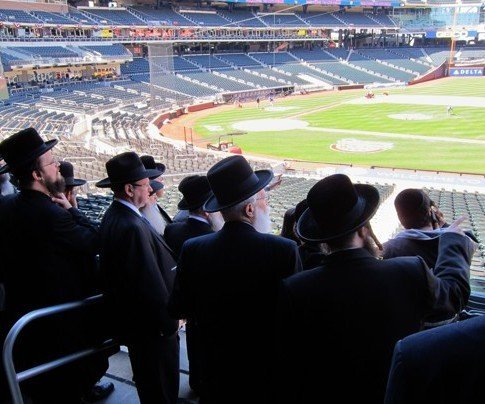 Just as the internet is dangerous, so is the Diaspora. Dangers of assimilation is greater than pornography. Reb Yishai senses often where the other huge Jewish congregation is, in North America, and he finds oftentimes that they want to hide their Zionism. The idea of this second conference is subtle: to stir up an important issue, to make it look like there is something important to discuss among intellectuals, Rabbis, movers and shakers. 40,o00 strong come to discuss this BIG THING, that is, the dangers of the internet. He’s saying guys, with all due respect he respects the dangers. But he doesn’t believe that is the main thing. He thinks that Jews look at the newspaper to see what’s happening in Israel and these Rabbis need to gain respect and power back, and to show people that they’re moving and shaking. There’s a rationale why people are putting money into their synagogues and institutions, therefore there’s this creative event that shows something serious happening. That’s nothing serious as compared with the story of building a Jewish state. Building a Jerusalem.

Internet as education or mis-education. How about Jewish kids not getting a good education in Israel? That’s a far greater issue. Kids who aren’t getting fed enough in the Jewish world and certainly in Israel. Defense issues, Jihad, the undermining of Jewish land. The moving forward of Halacha to accept the fact that the people have returned to the land of Israel and how do we move forward Jewish law and help it melt out from it’s frozen Diaspora icebergness and become a living creature again.

Mashal About a Seed

The Mashal used is that the Diaspora is like a seed that survives under the most horrible weather and once under better conditions, starts to sprout. Jewish people have been waiting all this time to sprout again. Some Jewish people are a seed that wants to be put back into the ground but they refuse to sprout! And some ideas are in the Jewish world, and we’re duds! We waited for 2,000 years and can’t be a dud now! Same thing with the internet thing. There is in the Jewish world there’s an incredible will to hide, or to NOT “plug in” to the big story that’s happening right now! To scur it, so therefore we survive Zionism, survive nothing. You’re missing it! Zionism, we don’t like that word! Called Beniyas Ha’aretz.  THAT’S the passion of our time, everything else is like a dud! It’s a diversion tactic.

These issues should be discussed though it sounds a bit Draconian. It’s hard to understand why 50,000 would gather to talk about this thing. In Israel everyone knows one should have filters! There’s a national company called Rimon where you can get it from any company. Get filters! It’s not even a big deal.

Reb Fleisher know a person who sees this problem so he gave his Rabbi a list where it gets filtered out. This issue could have been handled in a few magazine articles, a few discussions, a few Rabbis on a local level, maybe. But the bigger issues of the Jewish people, we’re facing right now. When was the last time you heard of 50,000 people gathering to talk about the building of Jerusalem in a serious way? Or a serious gathering of where the country in general, or Jewish people is/are headed? This country is a mechanism for Judaism. You don’t like the concept of a nation-state because you’re so frozen solid, so calcified in the past you can’t see it? Just call it Judaism, that’s what it really is, the Jewish people.

(Comment: articles have been discussed at length already, and some Rabbis screamed until they’re blue in the face, but no changes. -Rafi Hecht)