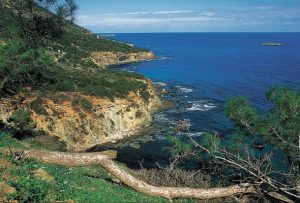 The stories in this column are translations by Mr. Nollet fromDie Juden In Der Welt (The Jews in the World) by Mark Wischnitzer, a long out-of-print book published more than seven decades ago in Germany.The book examines Jewish communities, one country at a time, as they existed in 1935 – a time before the Nazis began their extermination campaign against the Jews and before there was a state of Israel.

Jews Of The Mediterranean Islands

Jews wandered back and forth within the Mediterranean Basin, sometimes in flight from persecution, other times returning home to the Promised Land. The centuries-long Arab domination of the Mediterranean created certain preconditions for the social, economic, and cultural development of the Jews. In no other time and place, from the time of the self-governing Jewish state, did the professional structure of the Jewish people take on so many forms.
At the important junction of the cultures of the East and the West, the Jews rose and grew and bloomed, and helped establish the foundation of modern knowledge. Even in the late Middle Ages, after the Arab hegemony was broken up, the Jews remained a powerful cultural factor.

Cyprus lies in the eastern Mediterranean Sea, in that acute angle where the Syrian coast and the coast of Asia Minor overlap. Under King Cyrus (Kurush), Cyprus had a strong Jewish population that lived peaceably with the Greeks. It was a fertile land.  The Queen of Parthia, Helene of Adiabene, who’d converted to Judaism, sent Cypriot fruit intended for the Temple to Jerusalem. The Talmud mentions wine from Cyprus. But under the (Roman) Emperor Trajan [Translator’s note: approximately 115 CE, about 20 years before the 2nd Jewish revolt of Bar Kochba], there was a Jewish revolt, with a bloody persecution, exile, and extermination. The Jews abandoned Cyprus.
It’s not certain when they returned. Benjamin of Tudela, in his travel throughout the world in the latter part of the 12th century, found Jewish communities on Cyprus. He became acquainted there with a sect of Jews there who celebrated the Sabbath from early on the Sabbath until early on Sunday. [This probably means they ordered their Jewish life around days that ran from sunrise to sunrise rather than the customary sunset-to-sunset days, so that their Shabbos commenced at sunrise on Saturday morning.]
Juda Leo Mosconi of Bulgaria visited the Jews on Cyrpus in the 14th century and found cultivation of indigo, cotton and sugar. The Jews lived well in this rich land. Jewish doctors were sought out and were held in high esteem.
In the 1880s a project emerged that sought to create a Jewish settlement on Cyprus; Zionism had created a growing interest in Palestine, which led to interest in nearby Cyprus.
Jewish colonists came to the island, but foundered [at first]. In 1900, they established new settlements with the help of the Jewish Colonization Association (ICA). In 1906, one hundred families immigrated to Cyprus from Poltava [Ukraine].
Jews also came to Cyprus from the Whitechapel area of London, from Romania and Russia, even from Palestine itself. In 1921 there was a census of 195 Jews on Cyprus. In 1925 some of these migrated either to Palestine or Australia, and the ICA abandoned its colonization activities the following year.
Cyprus is about half the size of today’s Palestine and is mainly mountainous. A smaller chain of mountains stretches along the north coast; the main mountain range in the southwest of the island reaches to more than 2,000 meters above sea level and is covered with various species of pine trees. Between these two mountain ranges lies a high plateau with only minor changes in elevation, and makes up about a third of the island’s total surface.
There is a lot of wine produced, and various kinds of fruits, such as red currants, and olives. On the plateau grows wheat, barley, hops, wine, oranges, pomegranates, flax, cotton, and vegetables, particularly potatoes and onions.
Animal husbandry is practiced, with cattle, sheep, and donkeys exported to Palestine and Egypt.
Cyprus has a population of about 350,000, four-fifths of which is Greek and the other fifth Turkish. The native language is Greek but the language of government is English. The conditions of health are generally good, though there are spots of malaria.  The big harbors are Famagusta, Larnaca, and Limassol. The capital of Nicosia (25,000 inhabitants) lies not far from Larnaca.
Some 200,000 people feed themselves from agriculture, and there are mining activities in the southwest mountains. The wooded highlands are sought out for recreation purposes in the summer by people from Palestine, Syria, and Egypt. Over a third of the people live in cities, mainly as merchants. Attempts have been made to launch tanning and silk industries.