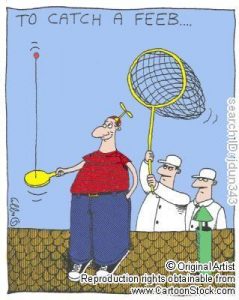 The city of Chelm has been known for simpletons. Like the rest of us, the people live day by day, but their execution on certain ideas is, well, interesting.

Therefore it shouldn’t surprise anyone that once upon in the silly world of Chelm, the great American sport of baseball was  introduced by a travelling salesman. This salesman sold sporting goods, and one of his best sellers was baseball gloves.

Nobody in the little village knew how to play the game, so the salesman decided to teach them a few basics. Taking out a bat and ball, he told everyone to take their positions, and handed out a few of his sampler gloves. Some of the villagers decided to give it a try, until one member piped up a concern that a “glove” might first need to be checked for Shatnez, as it’s possible that wool and linen may be in the glove!

This concern perplexed everyone, so they decided to immediately address the question to the Sage of Chelm.

When the townspeople and the salesman brought the question up to the sage, the sage replied, “it’s simple. A glove is a glove is a glove, which constitutes a beged (garment), therefore shatnez has to be checked.”

The salesman was perturbed. “But wise Sage, the glove is so expensive to make that to remove the Shatnez will ruin the equipment,” said the salesman to the Sage, “what should I do?”

“Indeed this is a problem,” replied the Sage, “perhaps for us you can instead sell butterfly nets to use to catch baseballs?”

Everyone including the Sage marveled with great joy. What wisdom! What sage advice!

So dear friends, the next time you pass by Chelm, you might notice that all children play baseball using butterfly nets instead of traditional baseball gloves.