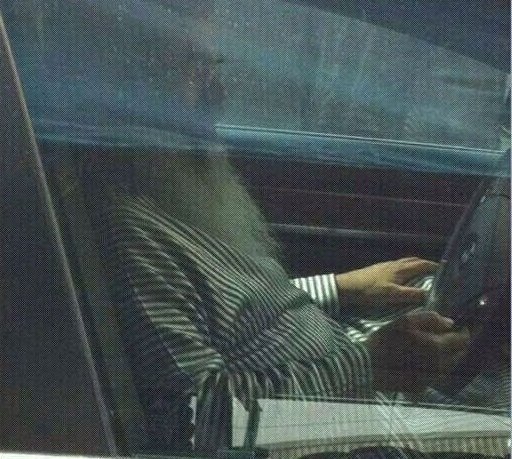 Jerusalem – A prominent Israeli rabbi who urged his followers to destroy their smartphones has come out with a statement explaining how he himself was photographed using an iPhone last week.

Pictures that have been circulating on Facebook and Whatsapp show Rabbi Amnon Yitzchak in a car on Chol Hamoed Succos holding the very device he banned, but a statement that was released on R’ Yitzchak’s site, www.shofar.tv, explains that R’ Yitzchak received permission to use the device from R’ Aharon Leib Shteinman.

“HaRav Amnon Yitzchak shlita is against iPhones and similar devices,” reads the official statement on Shofar.  “The uneducated are asking how is it that R’ Amnon Yitzchak has an iPhone?  It should be known that the Gadol Hador HaGaon R’ Aharon Leib Shteinman gave a personal heter to the Rav and his staff, in response to a query posed in this matter by R’ Yehuda Leibowitz, to use iPhones for kiruv purposes.  Anyone who casts suspicions after his Rav is as if he is casting suspicion on the shechina.”

The statement continues with a warning, “Those who suspect the innocent…”

R’ Yitzchak, founder of the kiruv organization Shofar, made headlines last December when he encouraged Israelis to smash their televisions in a public demonstration in Jerusalem to protest what he termed immoral content being broadcast by the Israeli Broadcasting Authority, as previously reported on VIN News.

All I can say is that, in my humble opinion,  it’s all a farce. Real Judaism endorses moderation. If this can be done in the name of Kiruv, does that mean we should be mechallel Shabbos for kiruv? Last I checked, being mechallel Shabbos doesn’t invalidate one from being a witness at a wedding like an iPhone. And if it’s in the name of saving a life, can one believe that Kiruv is like saving someone from physically drowning, Chas V’Shalom, on the spot? Please…

← The Silly World of Chelm and Garbage Bags Made of Wood
Simpsons – Dreidel – Son, They Call It a Droodle →