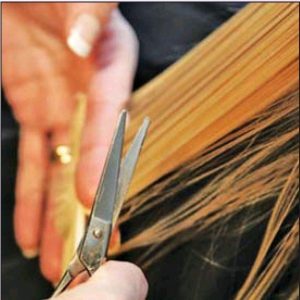 A few weeks back I attended a highly advertised lecture, aimed at the women of the Five Towns that dealt with the topic of tznius. What intrigued me about this particular event was that it reminded me of the feeling of culture shock I experienced when I moved to Cedarhurst from Borough Park, the epitome of a chassidish lifestyle and “quasi shtetel” life.

At first I was struck by the contrast of what I had always understood to be the mode of dress for the Orthodox/Yeshivish Jewish female — long skirts in dark shades of blue/black. Long sleeves or sleeves well below the elbow and high necklines. What I saw upon my arrival was quite different and very confusing. Short skirts worn over leggings worn everywhere – on women young and old. Head-coverings ranged from sheitlach so fabulously natural as to look like one’s own hair, falls of various lengths, head scarves and hats. Sleeves came in various lengths, but what was most obvious was the snug fit. There was Little Left to the imagination. Confused yet? I would see women shopping in Brach’s or Gourmet Glatt dressed In the above-mentioned fashion, wearing flip-flops and accompanied by their daughters who wore Long sleeved shirts and below-the-knee school uniforms and tights. still not confused yet? So, maybe it’s just me and all this Is just my opinion on the matter.

But It got me thinking, which I’m happy to say, I still do quite often and with varying results. What I wanted to know, based on this difference of dress and understanding of modesty that seems to vary from place to place, was whether we truly know why we do what we do. So I asked around and was shocked to find that many of our ways of dress have nothing to do with what the Torah requires of us, but rather, with where we come from, what was pressed upon us by those who subjugated us and what our oppressors demanded we wear to set us apart — not what was expected of us according to our code of tznius. This initiated a study into why we wear what we wear.

For example, why do women in certain Chassidishe circles shave their heads? It is not because the Torah dictates it, it only requires that she keep every strand of her hair covered. In this pursuit I came to understand that this Minhag was born during the pogroms, when the Eastern Europeans – the Russians, Cossacks and Poles – invaded the Jewish villages, targeting Jewish girls and women, tearing off their bead coverings, assaulting them and then many times killing them. It was during this time that the Rabbonim decreed that women shave off every strand of their hair, was to become undesirable to their attackers or attract their attention. So that their women-folk would be safe, husbands agreed and thus became the norm amongst Chassidishe women — to this day.

I asked a few young married women from Williamsburg why they cut off all their hair before marriage, and their reply was “…because my mother and her mother did It and that’s the way we feer zich. They did not know where this Minhag came from or why. That’s not to say that I did not respect their answer, it simply means that they do not know the source and that It Is not a din or a chok. it Is simply a Minhag born out of a terrible time in our history.

The shtreimel, too, has its origin in history, not as a din or chok. It stems from around the 1500’s when the Eastern Europeans fought the Mongols and drove them out. Initially It was the Mongols who wore fur headgear akin to shtreimlach. After their victory over the Mongols, the Eastern Europeans forced the Jewish populace, whom they hated equally, to wear this headgear to degrade them and set them apart from the general population. Hence came the acceptance and the code of dress adopted by European Jewry and Chassidim all over the world to this day, worn with pride but stemming from disgrace. How many Chassidim actually know why and where the origin of their dress comes? And how little it has to do with pride.

These revelations gave rise to another question I’ve long been asking. If a married woman’s hair (Sa’ar Isha Erva) must be covered, why then do we cover our hair with. .. hair? And if, indeed, a married woman’s natural hair is less attractive, why cover it with hair that is luxuriant, long and seductive? Have we lost sight of what covering one’s hair is truly meant to achieve?

In Eretz Yisroel practically all the women wear tichlach (kerchiefs) that cover the entire head and are lovely and flattering, or sheitlach that can clearly be identified as such, making them head-coverings like hats and not confused with the wearer’s natural hair thus, perfectly acceptable.

For the most part, though, the wigs worn today are by far not exactly what ¡s meant by a woman concealing every strand of her own hair…with other beautifully coiffed hair.

Which brings me back to the shiur on tznius so highly trumpeted and attended in the Five Towns recently. The main speaker was a lovely young woman who inspired us with a special story about a dream she had from a departed Gaon in her family, who directed her to inspire woman to come back to the source and embrace modesty in dress and habit. She was so uplifted by the miracles that tznius can achieve, that she has taken it upon herself to spread the word. She, herself a wearer of attire and headgear she now sees as inappropriate, started her evolution by lengthening her skirts by 1 inch and cutting her longer, blond sheitel by 1 inch. She also learned to buy smart and trendy clothes that were roomier by 1 inch. Then, slowly but surely, graduated two 2 inches after h. revelation that it didn’t take away from her womanly charm.

I sat through this Lecture thinking that, perhaps, I came from a different religion. That during my upbringing and education, there was no measure by which an inch separated a bas Yisroel from being anything less. Modesty was how you walked and talked…. with grace and derech eretz, by how you carried yourself, with dignity, not haughty or aloof. Tznius is what you wore, tasteful and covered, not tight and revealing, so as not to draw attention, rather, to encourage respect. Tznius can be measured in inches, but grown women shouldn’t have to, it should have been in place a long time.

Still, it is admirable to note that women, the Silent Warriors of the Jewish Nation and the defenders and protectors of the Torah, now take it upon themselves to actively bring Moshiach through their actions and change. Women have always been “the keepers of the flame” of Torah and mitzvos and they have been the main force for every Geula. I am hopeful and encouraged that from that one shiur will come many and from that one endeavor, many women will join forces to shake the gates of Heaven and call upon Hakadosh Boruch Hu to send us Moshiach and the ultimate Geula, because we are, once again, ready to work hard to achieve that miracle. And the method we have chosen is via our modesty.

Article Originally from the Jewish Press Magazine section on “Over Coffee.”