I’ve always been fascinated by the Dead Sea Scrolls, where it came from, the enigmatic Essenes sect, and more. When I last saw the Dead Sea Scrolls at a museum exhibit in Toronto a couple of years ago, I noticed that while the rest of the text was written in Ksav Ashuris, a very similar version as to our handwriting today, Hashem’s YKVK was written in Ksav Ivri – Paleo Hebrew.

I spoke with some so-called bible scholars that told me that Paleo Hebrew was the original writing, and that only Hashem’s name was written as such because that was the only way to preserve the text.

Knowing my own traditions and how we Jews live today, I had my own opinion of how this was done as our traditions haven’t deviated that much over the years. Just like today we have print and script (for everyday usage), the Israelites “everyday” writing was written during that time was in Ksav Ivri, which is evident in coins of those days.

As for the scrolls? I suspect that, since in those days people didn’t have copy machines, the Essenes like many others had to copy texts by hand as there was no other way. In order to make readable texts for teaching, reviewing, and more while not making the text necessarily “sacred,” they wrote Hashem’s name in a more “mundane” handwriting in a manner similar to how we write Hashem’s name in the form of a Heh-apostrophe or Dalet-apostrophe so that we know what the word should say, but that the text shouldn’t become too holy to throw out (not that the Essenes did, but that’s a different story).

Think about it: for all we know the scrolls were written for scribal practice! 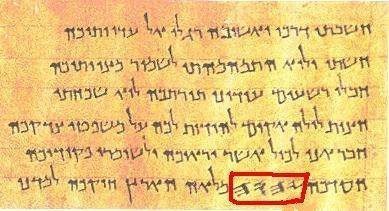 My hypotheses turned into a theory when the following happened:

1. When visiting the Dead Sea Scrolls website, I reviewed the scroll of Habbakuk among others and saw, aside from Hashem’s name being written in Ksav Ivri, there were “X’s” and clear grammar edits: 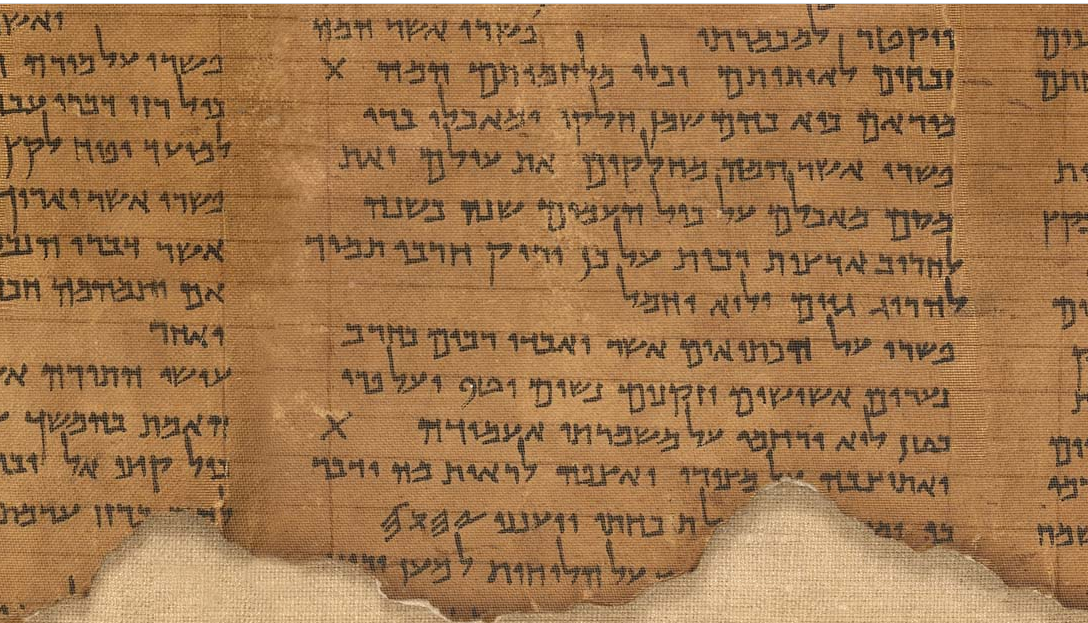 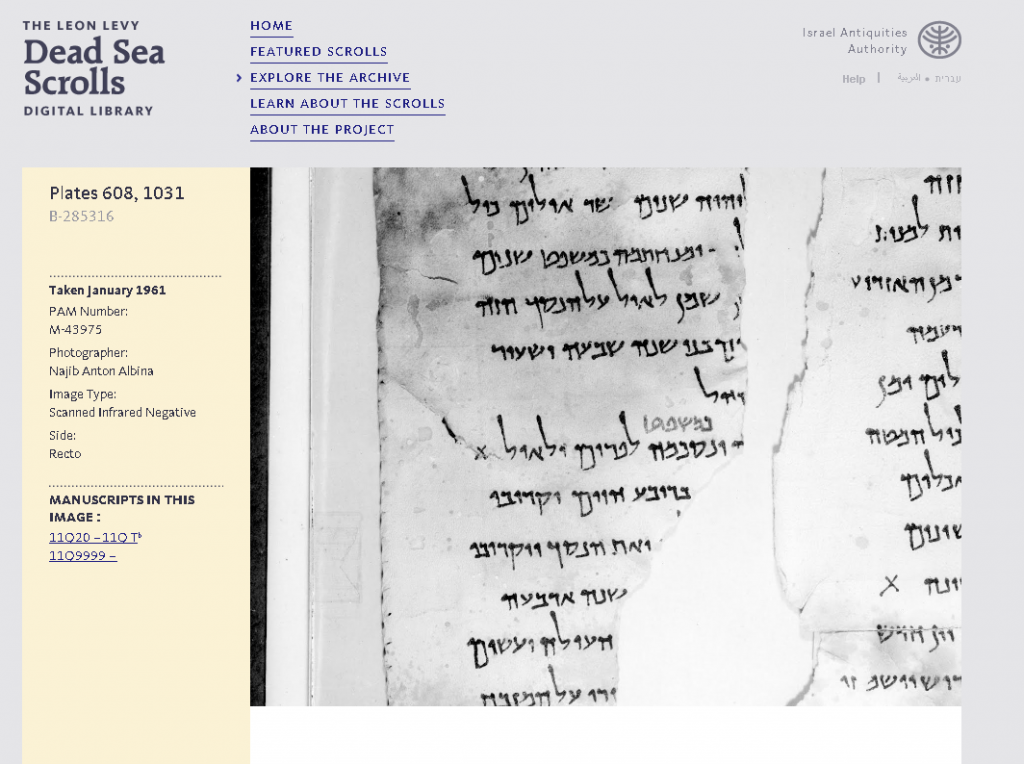 2. I heard someone tell me how in certain areas, some Jews would write Hashem’s name as a “….” in order to not compromise text space. After getting a link to the Dead Sea Scrolls Israel website, I saw the section on the dead sea scrolls, and found a text with such a mark.

The images below are attributed to the gallery “4Q Testimonia.” Notice the “….” in the second word as part of the sentence “Vayedaber Hashem [….] El Moshe Le’Emor!” Also note the many mistakes and corrections. Does this look like a scroll one would read publicly?

***UPDATE May 11, 2015*** It appears that the gallery has taken down the actual 4Q testimonia for some reason, leaving my screenshots as the only evidence. I wonder if they were tipped off about it? 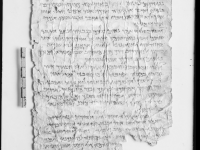 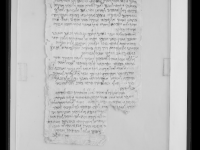 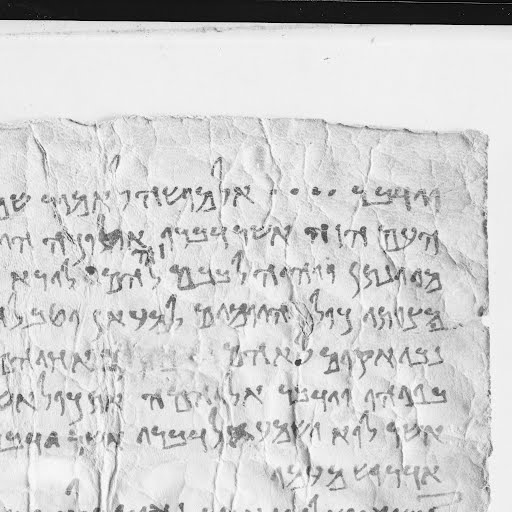 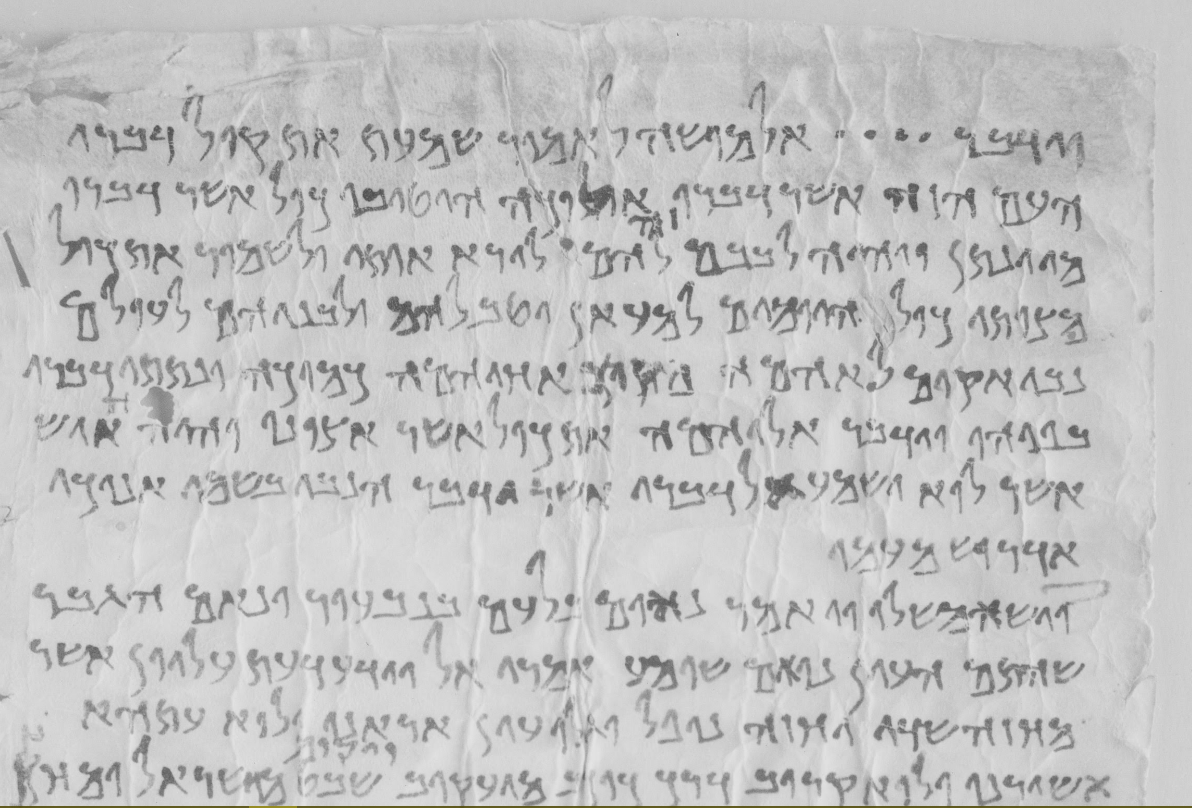 3. Among the classical texts were scrolls regarding legal documents in Greek, personal letters, and more. If the bottled-up scrolls were holy, they would have been placed separate from legal scrolls.

The Importance of the Dead Sea Scrolls

Nevertheless, it is very impressive what has been worked on in order to verify our authenticity for at least 2,000 years. However, the theory that Tagin (crowns) came in the 13th century by Professor Judith Schlanger now needs to be revisited as the scrolls in question have now been proven to be for regular use, be it for scribal practice, ancient textbooks or something else.

Another important element of the Dead Sea Scrolls is the Apocraphical texts, which are essentially explications of the classic Biblical texts. Those were done perhaps in a manner as students take down notes. However, these are important as one can get more of a “taste” and detail of events as they transpired from a much closer source.

So What If The Texts Are Rough Drafts?

So far, the claim that our texts/writing are subjected to the Dead Sea Scrolls simply because they are the oldest texts we have has no basis. For all we know they could have been textbooks used/written by 2nd Graders from 2,000 years ago! That thought must be pretty depressing to those that paid millions of dollars to restore these scrolls. Still, there are other uses for those texts. That said, Biblical scholars would be prudent to not use the Dead Sea Scrolls as a yardstick to compare how all texts were written back then to how they are written now. Also, they shouldn’t  tell us Orthodox about when Tagin came out, comparing our texts to scrolls that clearly were used for more private, and not public, use.