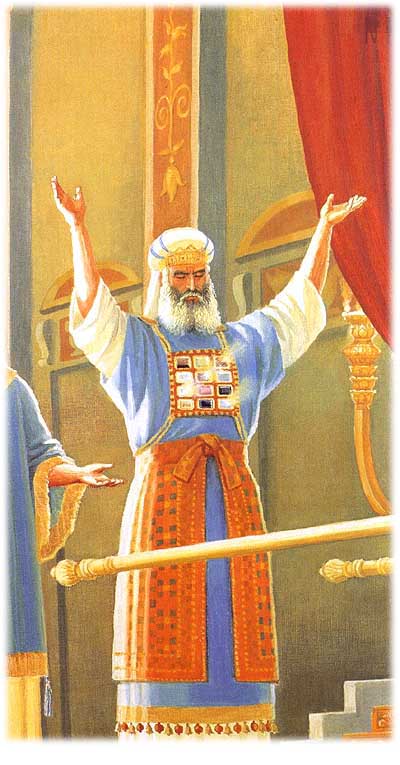 Parshas Chukas is a Parasha discussing laws that we don’t necessarily understand. One of those laws is the Parah Adumah (the red heifer). Shlomo Hamelech, the wisest person who ever lived, himself failed to understand the concept of the Parah Adumah, with respect to why a Kohen that sprinkled red-cow ashes on an impure person contracts that impurity. On that note, let’s discuss Damah ben Nesina of Talmudic fame (Kiddushin 31a).

Dama ben Nesina was a Gentile during the Second Temple period that owned a very special stone. The Rabbis visited him to purchase a special stone for the Choshen (breastplate) for the Kohen Gadol. The problem was, the stone was in a locked box, and the key was under Dama’s sleeping father’s pillow. The Rabbis offered up to 10,000 gold Shekels for it, which Dama refused. Hashem took note of this and rewarded Dama with a red Heifer, which he could sell to the Rabbis.

When the Rabbis came for it and asked a price, Dama replied to them, “all I want is the money that I lost (hifsadeti) in the stone deal.” Rabbi Yehuda Shmulewitz mentioned that when we hear of the story of Dama, we think of what a great guy he was, and indeed, we could learn a lot about Kibud Av Va’Em from him. However, he was also not perfect. What does it mean he lost money? He didn’t lose money in the Kibud Av Va’Em/stone deal, he gained a lot! The Parah Adumah reward was a bonus. But, his attitude in the end really showed his true colors where he felt that he lost out.

In this respect, I find a direct parallel between the Kohen sprinkling ashes and Dama selling the stone/cow. When the Rabbis came, their expectations for Dama to sell them the stone, and their apparent resentment when he refused to sell it, showed how impure they were, so to say. When Dama, who displayed piety and purity, “sprinkled the ashes” on them, i.e. teaching them a lesson about Kibud Av Va’Em, the Rabbis gained a lot from it and in a sense became purified. However, Dama felt he “lost out” and in a sense contracted that same feeling of resentment, tit for tat. This to me shows how a Kohen that gives something to an impure person allows that impurity to affect him.

On a similar vein, I remember as a student all the times I and my classmates gave our teachers a hard time. Having myself subbed for some classes later on in life and imparted bits of wisdom on others, I distinctly recall not being appreciated. The students slowly become “pure” and the teachers slowly become “impure,” i.e. depressed at how they’re treated, how they will only make so much money in their job, etc. I now understand the purpose of teachers lounges. The psychological benefits of being able to vent in such a room with other teachers is remarkable and allows one to enter the next classes with some level of sanity!

Interestingly, going back to that story, the Rabbis preface that we can learn a lot about honoring our parents from Dama ben Nesina. If Dama wasn’t such a great person after all, apparently, the Rabbis also were teaching us to be “meBarer Ochel mitoch Pesoles,” separating the good (food) from the bad (junk). It seems that they didn’t advocate distancing from the world at large, rather, working with it and gleaning the goodness that it offers. That means going to work, getting a secular (and Torah) education, and talking to people. Only then can we get better at Torah and Mitzvos and in that manner get closer to Hashem. Shavua Tov.