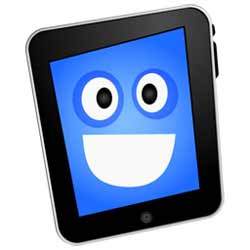 Yossi wanted to scream. His friends in class constantly bragged about the wonders of iPhones, iPods and iPads. It seemed that every guy in school had their own gadget given to him by his “wealthy” parents. Yossi felt he was the only one who didn’t have one, but he pretended he did so as not to be left out.

“Hey, you know I heard that Apple is losing out? Samsung is getting better than I thought it would!” one boy interrupted the conversation.

“Old news! BlackBerry is soaring but just yesterday I heard they owe a billion dollars for stealing their idea,” the other squeaked.

“That’s even older!” another boy argued. “You should see my iPad 4. It’s the coolest!”

“That’s garbage! iPad 4 is coming out next week and did you hear, the iPhone 5 is already in stores,” yet another boy yelled, clapping his hands in delight.

“And did you hear? The Rebbe is here and he’s going to teach you about Moshe who smashed the two tablets!” Sruli, the oldest in class, announced with great excitement.

“Oh the tablets Apple made? Yeah, iPad and iPad 2 are great but what does Moshe have to do with it?”

Yossi slumped into his seat. I must have iPad 4. I MUST! Boy, my birthday is only around the corner. It’s about time I should have it! 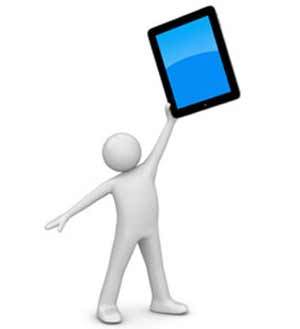 Throughout the entire shiur, Yossi paid no attention to what went on around him. He dreamt of himself wrapped up in bed, sliding his finger on the glowing screen, with hundreds of videos and games whizzing by in a twirl. The bubble popped and Yossi found himself alone with the Rebbe standing by his desk.

“Good morning Yossle. Welcome back to Olam HaZeh. If you don’t mind, please continue your dream outside!” the Rebbe smiled warmly.

“MA!” Yossi screeched as he barged into the house.

“Stop it. And the chulent you weren’t able to finish off… must be finished today and you left a cup of juice on the table from yesterday’s supper. Please finish off that before you have another juice. How was school?”

“Ma. Can I please have an iPad 4 for my birthday?” Yossi begged, ignoring her mother’s question. Mrs. Kleinman stopped what she was doing and woodenly turned around to stare glaringly at her son. “Pardon? I asked how was school and you’re asking for an iPad?”

“But my birthday is next week and everyone in my class has one!”

Mrs. Kleinman sighed. “You and your iPad. When can I have a normal conversation with you?”

“No. Never. That iPad is never allowed in my house.” Mrs. Kleinman said coldly. “You just went to the asifa in New Jersey and now you want to play with the rabbonim?”

Yossi knew not to start arguing. Firstly, anyone who wanted to start with Mrs. Kleinman must know that he would lose the game. Secondly, kibbud av v’aym meant no bickering with your father and mother.

Yossi wanted to cry. “Ma, if I had the money, would I be allowed to buy it?”

“You don’t have a cent in your piggy bank,” giggled his mother. “You know what? I know of someone who is willing to give what you want, a compassionate lady who happens to be my grandmother. She is a big ba’alas tzeddakah. Why don’t you visit her one day and mention that your birthday is coming up?”

Yossi glowed. His eyes shone so bright that even Mrs. Kleinman had to turn away as if it was the sun that was beating down in her eyes. “Ma, I love you.” Yossi burst into tears of happiness and joy. He never thought of his rich great-grandmother who lived on Bathurst Street.

“First have your supper and then I’ll call Bubby for the evening appointment,” Mrs. Kleinman smiled sweetly. She watched as Yossi danced to the table and, literally, drank and ate as if he was throwing a kiddush in shul.

“YOSSI!” Mrs. Kleinman yelled. She was in the living room reading the fifth issue of Toronto Family Magazine. Yossi heard his name being called and zoomed down the stairs. “Yeah?”

With a bright smile, his mother winked and signaled Yossi to head for Bubby’s house now. It was winter and the usual snow stubbornly held to its ground, waiting for the summer to melt the ice. He grabbed his bulgy coat and put muffins on.

Yossi bravely fought with the biting wind as he made his way over to his great-grandmother’s apartment, all the while, smiling. He was so overwhelmed, so overjoyed, by the fact that he would have the iPad. He dreamed of showing and telling his classmates the story of how he received the iPad. Whoa Yossi, stop dreaming! Who said Bubby is gonna give you anything just because you will tell her it’s your birthday?

He suddenly realized he was standing before the grand apartment building – 3000 Bathurst St. He entered the lobby and smiled at the doorman as he headed directly for the elevator. He pressed the appropriate floor button and waited patiently inside. He was going up, his soul was going up. Every floor meant bigger excitement. By the time he reached her floor, he was smiling from ear to ear. He stepped out and marched down the narrow yet cozy hallway. Finally, he arrived at the right place and rang the bell two times.

The door opened and Bubby stared menacingly at the young teen, double her size standing at the door. “Who are you?” she asked.

At once, the elderly Mrs. Hartman became a smiling, compassionate and loving looking lady. She burst into nachas sobs as she hugged and kissed her scarlet-faced great-grandson. “My bubbala. My bubbala. How are you sweetie?! Kim, I have some fruits for you to eat! I have leek soup too for supper. Kim du! Vhy you standing there?” she asked as she hobbled to her seat. “Take a seat and sit. Oy, take off your hat and coat and put it over there little mentchale. I love you little bubbala. Oy bubbala, vos can I do vor you? Vos is nais? Tell me about school and snow. Nu, nu. Speak!”

Yossi was at losts His dreams, shattered – at least that’s what he thought – really would she understand about an iPad?

Back and forth, their slow tight communication broke down its barrier and both discussed everything that was on in their mind. Nearly two hours later, Yossi brought up his reason for being there.

“No! You’re kidding! Nu? Tell me, vot vould you like vor your birthday?”

Just like that. A magic question and Yossi wanted to fly around like a bird, over the moon. He wasn’t expecting that question so quickly! He had to answer and answer fast!

“Bubby! Thanks so much for asking! I’ve been thinking about an iPad.”

“An iPad?!” Bubby raised her eyebrows. She soon burst into laughter, “Such a humble grandson asking vor a shmatte thing! Ah for Purim right?”

It was now Yossi’s turn to raise his eyebrows. Yossi hastily nodded. “Bubby, it’s really for all the time. I really dream of having it. It’s cool and it’s fun.” Yossi went on to explain in simple terms what an iPad can do.

“Yossi, to me, this thing you vont is very cheap.”

Yossi understood very well that everything was cheap since she was a millionaire. The time came for Yossi to go back home. After final hugging and kissing, Bubby let go of her great-grandson. “Bye, bye sweetie!”

Yossi blew out the candles and began cutting his birthday cake. He was very tense. Where was his iPad? What was taking so long?

“Stop looking so grouchy and give me a slice please!” Mrs. Kleinman snapped. Mr. Kleinman handed Yossi a sefer and wished him a happy birthday. “Thanks Ta.”

The doorbell rang and Yossi’s little sister ran to open the door. In hobbled Mrs. Hartman. After an hour of chatting, hugging and tears of joy, she turned to look at Yossi. “My Yossle, it’s vot you have bin vaiting vor!” Bubby handed over a square package to the blooming Yossi. He was about to faint when he realized he couldn’t drop the iPad. He opened the package ever so slowly. Bubby looked on and grinned at how Yossi was opening the package. “You’re so old!” Bubby giggled. Yossi didn’t find it funny and removed a metal plate to the side.

Yossi turned cold and became grey. “Vats vong?” Bubby cried in despair. Yossi pulled out a slim pack of ten eye pads with colourful pictures on each one.

Mrs. Kleinman smiled and threw a hug around her clever Bubby who also knew that iPads were not a fit for her intelligent great-grandson, Yossi Kleinman.