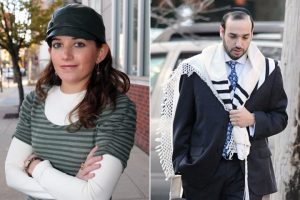 Gital Dodelson, who made headlines in light of publicizing here Agunah status via the New York Post, recently received her Get (Jewish bill of divorce). The husband, Avrohom Meir Weiss, finally had a change of heart in light of seeing the public outcry via social media channels like Facebook and Twitter, as well as the public press.

I recall having emailed Artscroll the day after the post appeared. I doubt I was the only one that sent him emails on this sensitive topic as two of Avrohom’s relatives worked at Artscroll at the time. Shortly after my email (as well as others most likely), the two relatives submitted their combined letter of resignation, stating that their presence was distracting Artscroll’s holy work and that they would return when the situation was resolved. 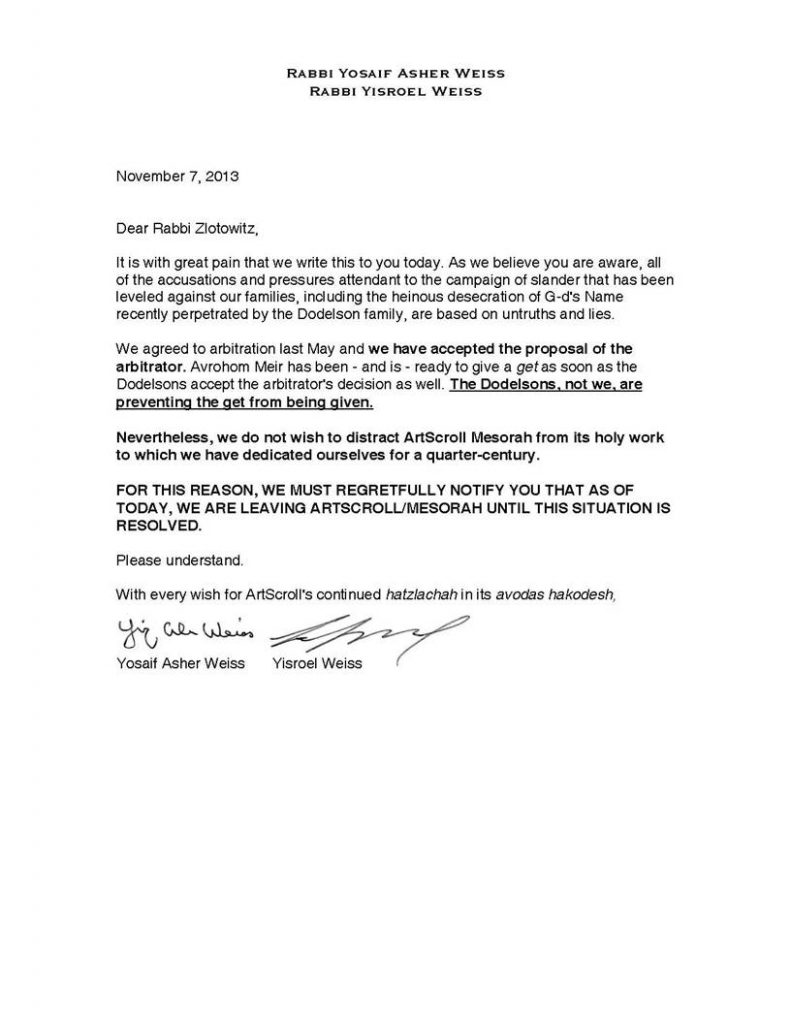 I also received personal email notification, from someone I personally know that works at Artscoll, on this matter a week after sending the email. The issue was being given the highest priority in avoiding this from turning into a Chilul Hashem, and I was personally notified that there were multiple sides to this story. For example, if the arbitor suggested a reconciliation on both sides that is accepted by the husband and not the wife, then the wife and her family is in theory at fault. She and her family may feel short-changed at the arbitor’s decision, which they need to fight.

Divorce cases are never easy and almost always are messy. There’s a saying that in a divorce, there are always three sides: his side, her side, and what actually happened. In addition, the children are usually affected the most.

Considering the circumstances, I say Baruch Hashem this matter has finally been put to rest and that all parties can move on with their lives, hopefully onto bigger and better things.