Exhibit 12a- Har HaBayis. The entire scope of Har HaBayis as seen from the southeast. 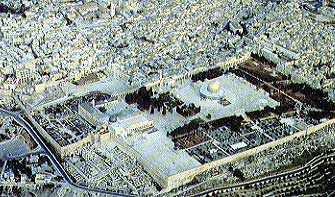 Exhibit 12b- Har HaBayis.
Har HaBayis as seen from Har HaTzofim (Mt. Scopus). The Roman General, Titus, first stationed his troops on top of Har Tzofim, northeast of the Temple Mount. This was the view he had of his desired objective. 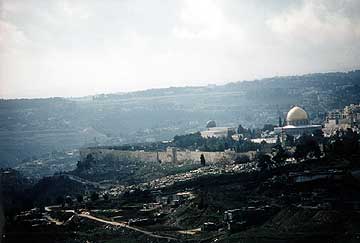 Exhibit 12c- Har HaBayis. The Temple Mount as seen
through the mist from Har HaZaysim, Mt. Of Olives, east of the Bais HaMikdash. 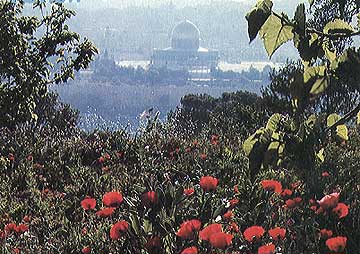 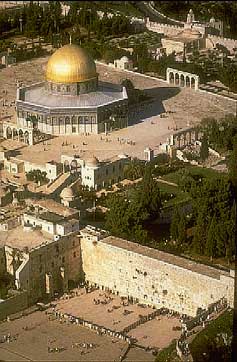 Exhibit 12e- Tower of Temple Mount. Today, there are several towers on the Temple Mount. They are called minarets and are used by the Moslems to call their faithful to prayer in the El Aksa Mosque. In Temple times too, there were many towers. They served as guard posts to protect the Bais HaMikdash from enemy invasion. 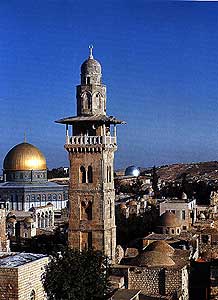 Exhibit 12f- The Platform. The Dome of the Rock is built on an elevated platform. The floor of the platform was part of the “Azarah,” the central courtyard of the Bais HaMikash. 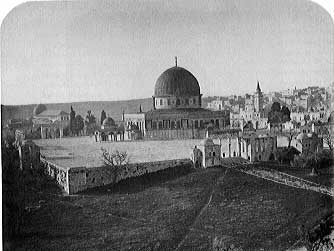 Exhibit 12g- Wall of the Platform. The Azarah was supported by a retaining wall. Rambam says that this wall was called the “Cheil,” a term used many times in the Mishna. 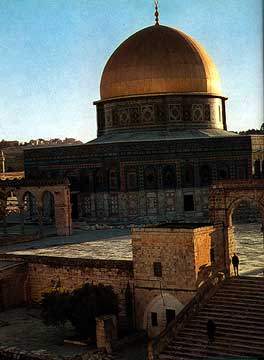 Exhibit 12h- Room Under the Platform. There are many rooms built under the platform. In medieval times they were used as lodging quarters for Moslem pilgrims. Since they have not been explored or examined in modern times we do not know if the room date back to Temple times. 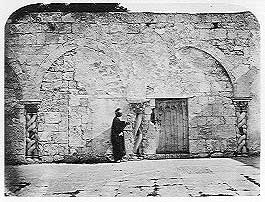 Exhibit 12i- Ariel View of Platform. 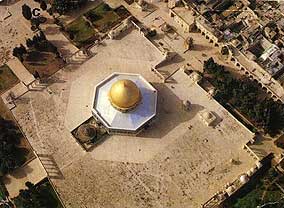 Exhibit 12j- Dome of the Rock. The golden domed Dome of the Rock is not a mosque. It was not built as a place of prayer. Actually it is a Moslem shrine to protect the sacred Rock inside. Moslems consider the Rock sacred because they believe that Mohammed was taken up to heaven from that spot. 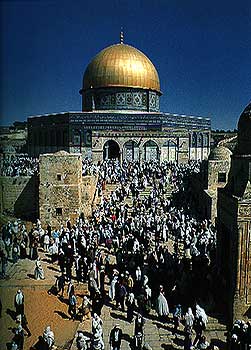 Exhibit 12k- Defiled! It is the curator’s opinion that the site of the Kodash HaKadashim, Holy of Holies, is at the top of these steps and the Rock inside the Dome is the site of the Mizbayach, the Altar. 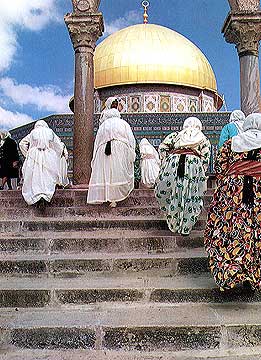 ← Room 11 – The “No Gentiles Allowed” inscription
Gital Dodelson, publicized Agunah, gets her Get →