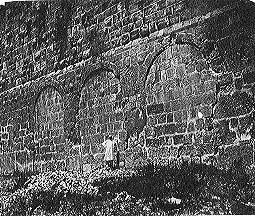 Exhibit 36b- Steps Revealed. When the Old City was recaptured during the Six Days War, excavators immediately began removing the earth from this area. To their surprise, some of the steps of the Bais HaMikdash were found.

Exhibit 36c- Steps. Some of the steps leading to the Bais HaMikdash were made from large limestone blocks. Others were carved from the natural bedrock that was in the area. As the archaeologists removed the earth, they found that many of the limestone steps were missing. Naturally, the steps carved from the bedrock were still in place. The excavators replaced the missing steps. Today, we can stand on the very steps our ancestors stood upon when they made their way to and from the Holy Temple. It is a very emotional experience.
The steps alternate in depth, small step, large step, small step, etc. This makes it very difficult to rush up or down the stairway. One must walk at a slow pace in order not to stumble. The slow pace forces one to display the “kovod,” dignity, this holy area deserves. 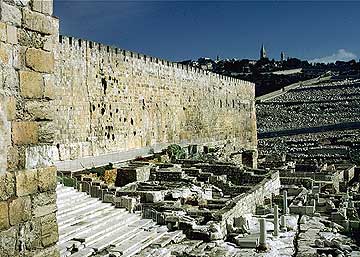 Exhibit 36d- Steps. Only the steps leading down from the Chuldah Exit (Double Gate) remain. No steps leading up to the Chuldah Entrance (Triple Gate) remain. Some scholars were curious about the exact height of a Temple step. The Mishna says that each step in the Temple was half an “amoh” high. An exact measurement of the steps would solve the riddle as to the length of an “amoh.” The steps are about 9 1/2 inches high. The steps are not all exactly the same height because of they were worn down over the millennia. However, it must be pointed out that the Mishna is referring to the height of the steps within the walls of Har HaBayis. These steps lead up to Har HaBayis and are therefore outside the actual Temple Mount. 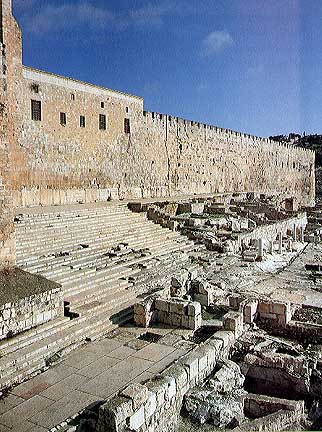 ← Room 34 – The Single Gate, a gateway that led into the “basement” of the Bais HaMikdash
Room 37 – Southeastern Corner, the largest expanse that can be seen of original Temple stones →