Exhibit 37a- Western Wall. There are three types of building stones found in the Kossel. The bottom seven layers are great Herodian blocks. These are from the original wall of Har HaBayis, built by Hurdos (King Herod). The blocks are about 3 1/2 feet high and 3 1/2 feet thick. The lengths of the Herodian blocks vary. Each foot of length represents 2 tons in weight. The wall is three blocks thick. 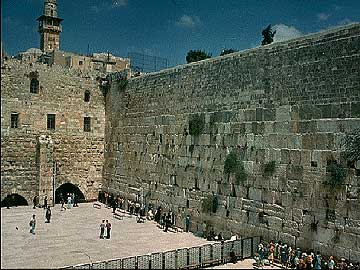 Exhibit 37b- Western Wall at Night. The middle section of wall consists of medium sized cubed stones. The Moslems placed them there about 1,000 years ago. The upper portion of the wall consists of small building stones and this were put in place by the Ottoman Turks in the 16th Century. The Romans and Byzantines tore down the upper portion of the wall but the damage was restored by the Moslems and Turks. The height of the wall we see today is its original height. 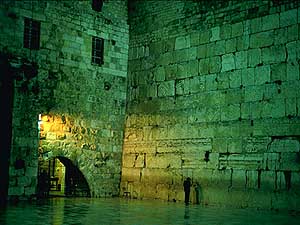 Exhibit 37c- Celebration at the Kossel. The Plaza in front of the Kossel is actually built half way up the height of the wall. The Kossel continues below ground for another 65 feet. 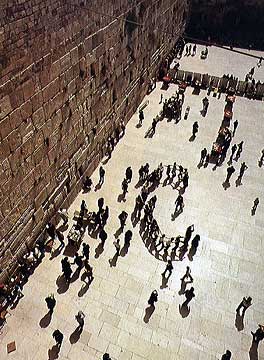 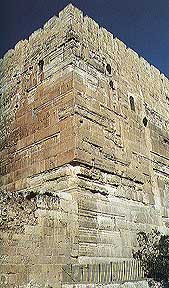 Exhibit 37e- City Walls. The present day Old City wall, built by the Ottoman Turks in the mid 1500’s, starts from the center of the Southern Wall of Har HaBayis. However, in ancient times, the city wall began from the southeastern corner of Har HaBayis. 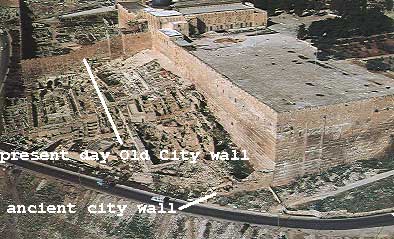 ← Room 36 – The Southern Stairway, the Main Stairway of the Bais HaMikdash
SHOCKING SECOND-A-DAY VIDEO: What Would The Syrian War Looks Like In The Western World →