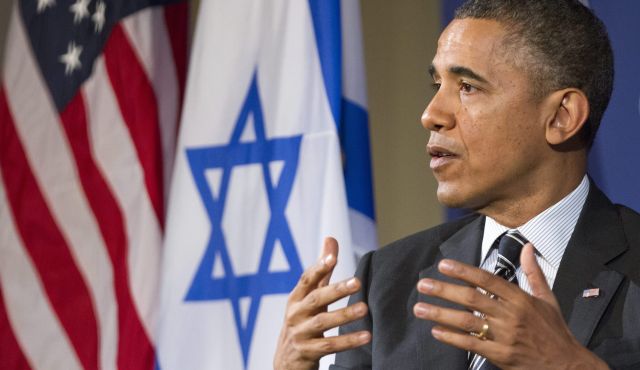 President Obama’s editorial in Haaretz elicited predictable partisan responses. Supporters of the president and Israel gleefully shared the article as evidence of the unwavering support the current United States government continues to provide for Israel. Simultaneously, the president’s detractors criticized the timing of the article, its omissions, and dismissed its ‘acceptable content’ as political bluster that was contradicted by observable fact.

There’s no official position or consensus among Orthodox Jews on this issue, but my sense is that Orthodox Jews fall in the detractor camp more often than the supporter camp. Politics are messy, and there are reasonable arguments to be made about Obama’s job performance overall. But I think that supporters of Israel who oppose Obama for domestic reasons, valid or contrived, are allowing those grievances to disproportionately influence their opinion of Obama’s support of Israel.

In particular, many critics of Obama pointed to his continued usage of the word “restraint” when referring to Israel’s right to defend itself. “At this dangerous moment, all parties must protect the innocent and act with reasonableness and restraint, not vengeance and retribution.” To his detractors, this is unacceptable. By advocating restraint the president is defanging the Israel Defense Forces which is evidence that Obama is anti-Israel. Meanwhile, how quickly we forget that Presidents George W. Bush, Bill Clinton and George H. W. Bush all used the same language of restraint when Israel has been attacked by its enemies.

It’s no contradiction to assert Israel’s ability to defend itself while also urging restraint. The legal definition of self defense is to protect oneself from harm caused by the attack of another. The amount of force used must be sufficient for protection from the imminent harm but it may not be used as an excuse for the use of excessive force or an affirmative attack. Determining the level of force necessary for protection in Israel is a debatable point. The United States has consistently urged Israel to be careful not to cross the line where defense morphs into aggression. This is not anti-Israel. Israel agrees with this position. The slight disagreements are simply about where to draw that line. But for too many people, politics trumps reason and prudence granting themselves a license to use this innocent turn of phrase as fuel to the anti-Obama fire.

Channelling this rhetoric, an Orthodox Jew on a Fox News Channel show said on Thursday, “This is an anti-Israel administration; it’s the first administration in American history that is obviously anti-Israel; it’s borderline a Jew-hating administration.” The evidence for this inflammatory statement is the flimsy criticism that the United States is now funding Hamas under the new Palestinian Unity Government.

It’s also a valid question to ask whether the PA can influence Hamas or whether Hamas will inevitably infiltrate the PA militarize the PA. President Abbas insists that the nothing has really changed. He says that he is the boss and the PA will negotiate with Israel while recognizing Israel’s right to exist. Furthermore, Abbas promises that no Hamas militants will take government positions. Hamas officials claim that they will never recognize Israel no matter what Abbas says.

The point is that the issue is complex and unsettled. Yet, to some people this speculation is evidence that Obama is anti-Israel and borderline anti-Jewish.

On the other hand, President Obama personally requested that Congress fund the Iron Dome air defense system in 2010. In the years since 2010, the United States has provided additional funding for Iron Dome. It’s a terribly odd thing for an anti-Israel, borderline Jew hating administration to fund Israel’s most effective tool in protecting its citizens from rocket attacks. Unlike the criticism of the phrase parsers and Oracles, there is no speculation about Iron Dome. It was recommended by Obama and he takes pride in its success. Of course this makes perfect sense as Iron Dome is a classic self defense system and cannot be turned into a weapon or even construed as a form of aggression. An elegant solution that exemplifies restraint.

The congressional vote to fund Iron Dome passed 410-4. There were four members of congress who inexplicably opposed giving their ally in the Middle East an Iron Dome to protect its citizens. None of them are named Barak Obama. They are John Conyers, Dennis Kucinich, Ron Paul, and Pete Stark. If you are looking for anti-Israel villains in the 2010 United States government, those four would be a good place to start.

Jewish tradition places great emphasis on hakarat hatov – gratitude. Politics comes after religious obligation and ethics. Our sages teach us that God commanded Moses to strike the Nile in order to commence the plague of blood. Moses delegated this duty to his brother Aaron because of his gratitude to the Nile for saving his life when his mother placed him inside a floating cradle in the river. The water saved Moses’ life and so he refused to strike the water. President Obama is saving Jewish lives in Israel. Not just one life. He’s saving many lives. For that, the Jewish response is to say thank you. So on behalf of less appreciative Orthodox Jewish brethren, I say thank you Mr. President. Your support and tangible assistance are greatly appreciated.

Calling Obama anti-Israel and borderline anti-Jewish is more anti-Jewish than anything Obama has ever done. It is not just striking the Nile that saved us once. It is striking the Nile repeatedly after it saved us innumerable times. A cornerstone of Judaism is gratitude. The people of Israel and Jews all over the world should be thanking President Obama, not slandering the president with rank speculation and dismissive cynicism. Feel free to disagree with a million things Obama has done that you don’t like. When he does something just and moral and good, just say thank you.