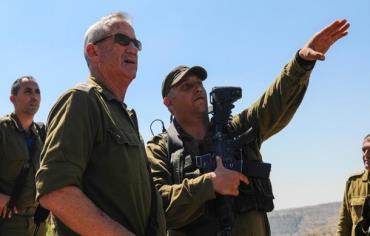 Pause in IDF campaign to begin at 10:00 a.m. local time; Livni told Channel 2 that Israel will have no choice but to launch a ground incursion into the Gaza Strip if rocket fire against Israeli towns continues.

Israel on Wednesday agreed to a proposed five-hour cessation of hostilities in the Gaza Strip for humanitarian reasons, the IDF confirmed.

The army said that the unilateral cease-fire would go into effect Thursday morning. Hamas had no immediate comment.

The appeal was made by a United Nations official, the official said, confirming Israeli media reports, shortly after Hamas rejected an Egyptian-proposed ceasefire to end the nine-day war in which 215 Palestinians and an Israeli have died.

The IDF Spokesperson’s Unit released a statement on Wednesday indicating that the army would hold its fire for six hours beginning at 10:00 a.m. local time on Thursday in order to allow Palestinians to repair infrastructure and re-equip themselves with necessary humanitarian supplies.

Justice Minister Tzipi Livni told Channel 2 on Wednesday that Israel will have no choice but to launch a ground incursion into the Hamas-ruled Gaza Strip if rocket fire against Israeli towns continues.

Livni’s comments came just hours after the cabinet authorized the call-up of 8,000 additional reservists to assist in the military operations along the Gaza frontier.

The IDF has already called up 48,000 reserves, bringing the total number to 56,000, once the additional forces are called up.

Last week, the IDF began actively calling up the 40,000 reserves approved to it by the cabinet for Operation Protective Edge.

IDF chief of Staff Lt.-Gen. Benny Gantz requested the call-up of 40,000 reserves in order to replace conscripted forces in the West Bank, and enable their deployment to the Gaza border.

The cabinet approved the request and the IDF has already begun issuing reserve notices.

Prime Minister Binyamin Netanyahu gave no indication of whether the campaign was nearing its end or whether Israel is on the verge of a ground operation.

Netanyahu on Wednesday repeated his position that “Israel will continue to do what it needs to do to defend itself until peace and quiet are restored.”

The premier spoke at a joint news conference with Italian Foreign Minister Federica Mogherini at the Knesset on Wednesday.

The premier noted that while Israel accepted the Egyptian ceasefire proposal, Hamas rejected it.

Turning to the Italian foreign minister, Netanyahu said, “Imagine in Rome, Florence, and Milan were rocketed. You wouldn’t accept that. You’d fight back. Those firing the rockets aren’t seeking a political solution.”

Mogherini commended Netanyahu for accepting the ceasefire while calling on both sides to refrain from civilian casualties. She also expressed concern for the humanitarian situation in Gaza.

Gil Hoffman and Yaakov Lappin contributed to this report.

← Summing Up The Jewish People In A Nutshell
CANADIAN PRIME MINISTER CONDEMNS OBAMA, WEST FOR NOT SUPPORTING ISRAEL →