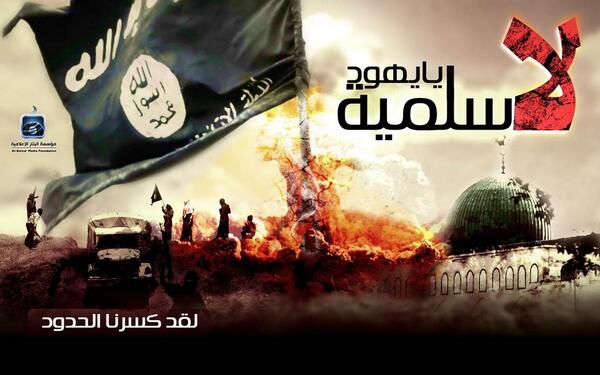 Another Obama mess Israel is left to clean up. The world should be cheering Israel, thanking Israel, praising Israel for fighting this scourge on the world.

The extremist terror organization is establishing a toehold inside Gaza, despite Hamas’ claims to the contrary

Two-plus weeks into Gaza’s current battle with Israel, ceasefire negotiations are stalled, Israeli forces are mobilizing for a potential ground invasion from the north and east, and the Egyptian government to the south is indifferent. Gazans are finding themselves increasingly isolated.

But not, it seems, alone.

Vocativ analysis of deep web chatter in ISIS forums suggests that the extremist Sunni organization, which has taken over roughly half of Iraq and threatens Assad in Syria, has ties with militant groups operating in Gaza.

While Hamas has dominated Gaza since 2005, dozens of rival Islamist factions operate in the strip. Over the past few weeks, two Salafist groups have pledged allegiance to ISIS and claimed responsibility for rocket fire into Israel. As Vocativ reported at the end of June, the group formerly known as Ansar Beit Al-Maqdis changed its name to Al Dalwa Al-Islamia—which translates to “The Islamic State.” A few days ago, on July 10, the group claimed to have fired a battery of rockets at the Israeli town of Bnei Netzarim in a YouTube video.

A second Salafist terror group, Ansar Al-Dalwa al-Islamia (“Supporters of the Islamic State”), boasted of its own rocket barrage one day earlier, on June 9. Neither claim of responsibility can be independently verified, however ISIS has published details about both instances of rocket fire on their forums, which is tantamount to a welcome-to-the-network embrace.

Any ISIS presence in Gaza, fledgling as it may be, is a pterodactyl-sized feather in the cap of the radical Islamist group, which has threatened Israel from its inception. A recent series of tweets posted on July 9 reads: “Patience, Jews, our appointment is at Jerusalem tomorrow,” and “Jews, we have broken the border.”