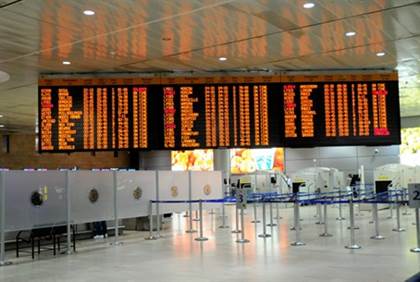 U.S. Secretary of State John Kerry told Prime Minister Binyamin Netanyahu on Tuesday that a U.S. ban on flights to Israel was solely due to safety concerns, AFP reports.

Kerry, in Cairo to broker a ceasefire in the Gaza conflict, told Netanyahu by telephone that U.S. authorities would review the order within a day, State Department spokeswoman Jen Psaki was quoted as having said.

The notice “was issued to protect American citizens and American carriers,” Psaki said in the Egyptian capital.

“The only consideration in issuing the notice was the safety and security of our citizens,” she said.

The Federal Aviation Administration “continues to monitor and evaluate the situation, and will issue updated guidelines no later than 24 hours from the time the (notice) went into force,” she said, according to AFP.

Earlier, the U.S. agency barred American carriers from flying to Tel Aviv’s Ben Gurion airport for 24 hours after a rocket from Hamas-controlled Gaza landed near the aviation hub.

Lufthansa, Austrian Airlines, Germanwings and Swiss Airlines were among the European airlines to have suspended flights to Israel.

On Tuesday night, London-based easyJet announced that it too would suspend service to and from Tel Aviv for 24 hours, and said in a statement that beyond that, it would “review its operations to and from Israel on a day by day basis.”

The company said the suspension of the flights was meant to protect “the safety and security of easyJet’s passengers and crew.

Likewise, Greece’s Aegean Airlines wrote on its Twitter account that as of 04:00 a.m. GMT Wednesday, it would suspend flights between Athens and Tel Aviv.

Earlier in Washington, State Department deputy spokeswoman Marie Harf denied that the move was a tactic aimed at pressuring Israel to accept a ceasefire in the two-week conflict.

← Heavy Rocket Fire on Central Israel
What Does a Hamas Terror Tunnel Look Like From the Inside? →