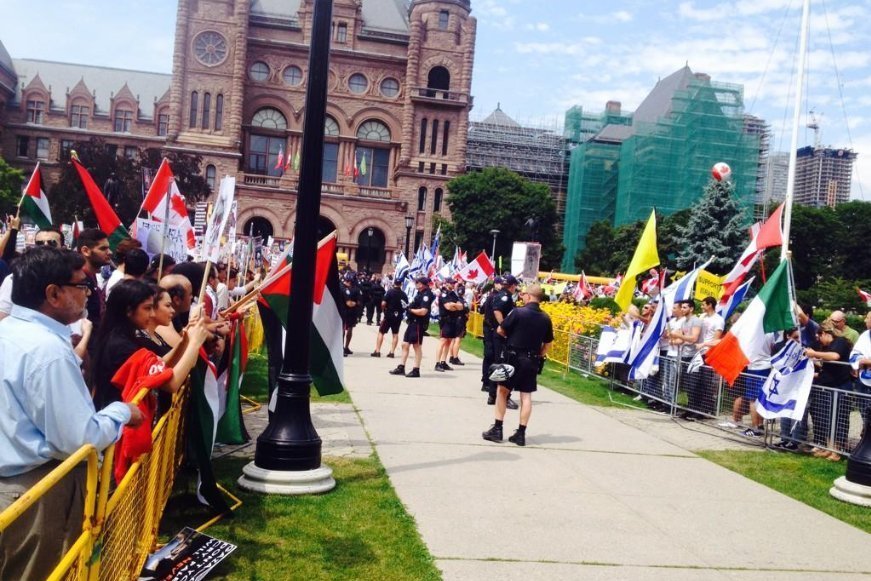 Another demonstration over the unrest in the Middle East is scheduled to take place at Queen’s Park on Sunday.

Canadians for Israel has planned a rally for “freedom and democracy” on Queen’s Park Circle at 2 p.m.

The event comes a day after thousands gathered at Queen’s Park for two protests.

Dozens of police officers were needed to keep Palestinian and Israeli supporters separate as they made their way down University Avenue to the U.S. consulate.

Officials say over the past few weeks, hundreds have been killed in fighting between Hamas militants and Israeli soldiers on the Gaza Strip.

Why I Won’t Be Attending

Personally I won’t be attending. Here are my reasons:

What should one do? Either:

← Hamas In Underwear After Israel Kicks Their Asses
Hamas will restart tunneling as soon as we leave, IDF officer says →