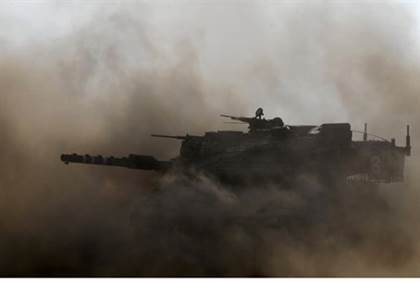 The Israel Defense Force began to advance toward “new targets” in the Gaza Strip Wednesday morning, ignoring US President Barack Obama’s reported attempt to strongarm Israel into an immediate ceasefire.

IDF Radio, which reports the military advance, said that “it can be estimated that the IDF received permission from the political echelon to advance forward in various sectors in northern and southern Gaza.”

The advance is into more densely populated areas, it said, and the movement is being accompanied by fire, and receiving close air support from aircraft. Two soldiers have been lightly injured, so far, from antitank fire, and a explosive charge was also activated against a tank. No one was hurt.

The IAF struck dozens of terror targets in north and central Gaza overnight.

The IDF struck over 80 targets in Gaza overnight. These included two mosques that served senior Hamas terrorists for observation and other terror-related purposes.