I love Israel, quirks and all. When the modern state was formed, many things were done “chik-chak” – in a haphazard manner without much thought. As a secular state religion was secondary, so when trying to set up certain religious historical relics for the masses, they got some things wrong. Upon closer inspection some of them were done with so little thought it’s almost funny. Here are some of them: 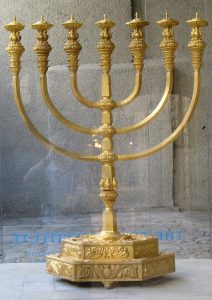 The Menorah that was historically recreated was based on the Arch of Titus relief. It serves as the official symbol of Israel (originally designed by the Shamir brothers – thanks Joey Weisberger) and was most recently used as the model for a restoration project by the Temple Institute. Only one problem: the base isn’t the same base as in the actual Temple. If anything the base was more like a tripod.

You might say “so what?” The reality is it’s a problem because by looking at the base at the Arch of Titus relief, you will notice pagan symbols on it. Apparently the Romans, in their rush to pillage the temple of all artifacts, must have broken off the base and replaced it with their own, pagan symbols and all. This would lead someone looking at it as if the Menorah originally had pagan origins Gd forbid. 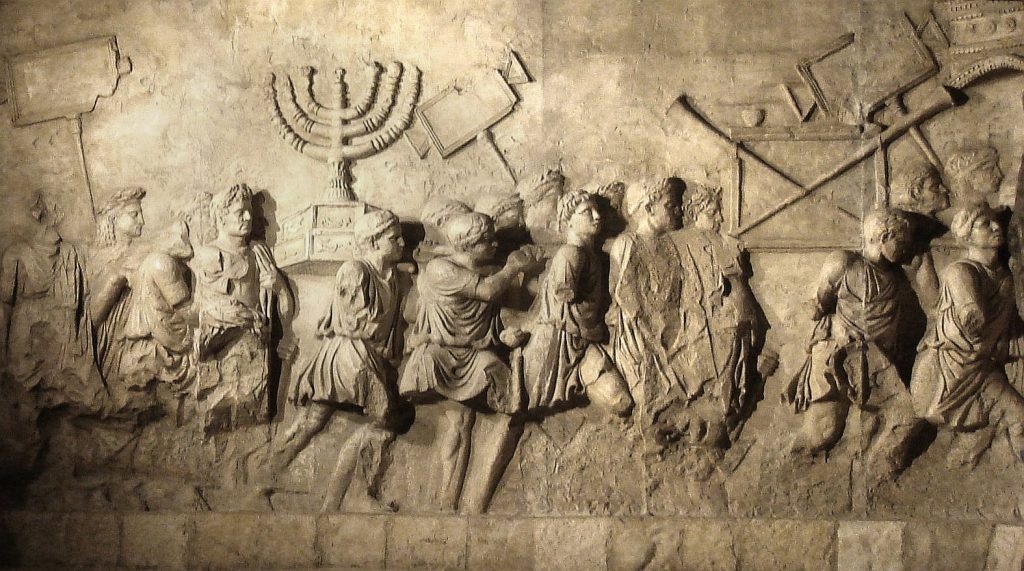 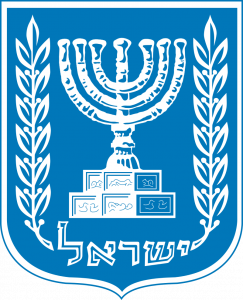 Believe it or not, the Temple did not look anything like what’s been depicted in recent history. Should the temple ever be rebuilt according to how the modern model looks, it would collapse as the sheer weight of the stone would not be able to support it. The actual structure was more triangular with an arch in the middle – with a beam across the top-center – to best support such weight. I once read a detailed article on this from Mishpacha magazine a number of months ago – in the Kolmus section of the December 17, 2014 issue. 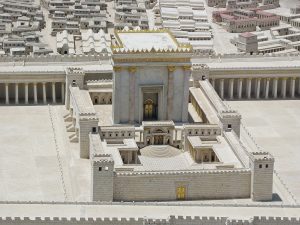 The pictured temple will never be rebuilt because we simply cannot afford to have another destroyed temple – this time in the hands of Jews! 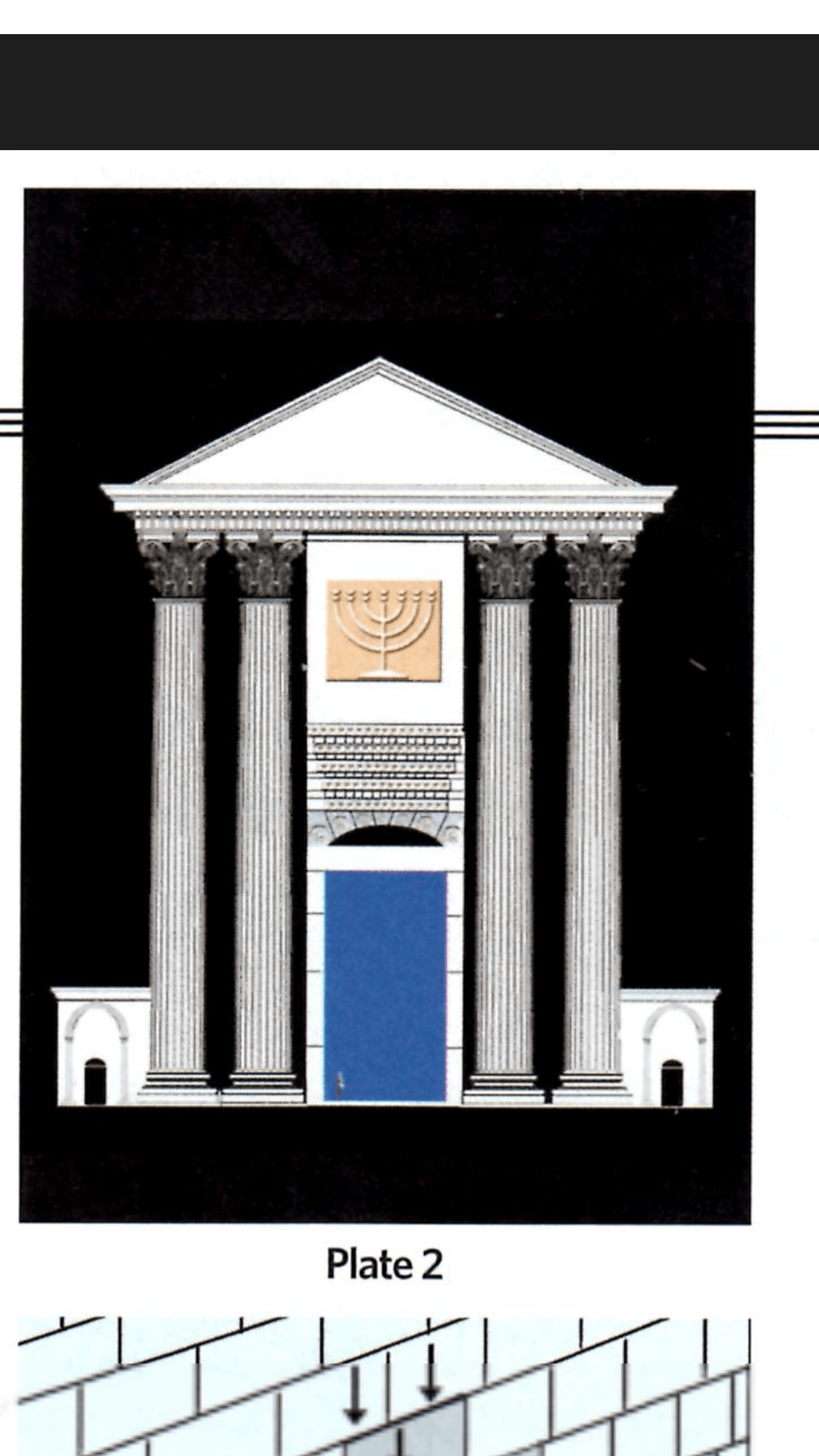 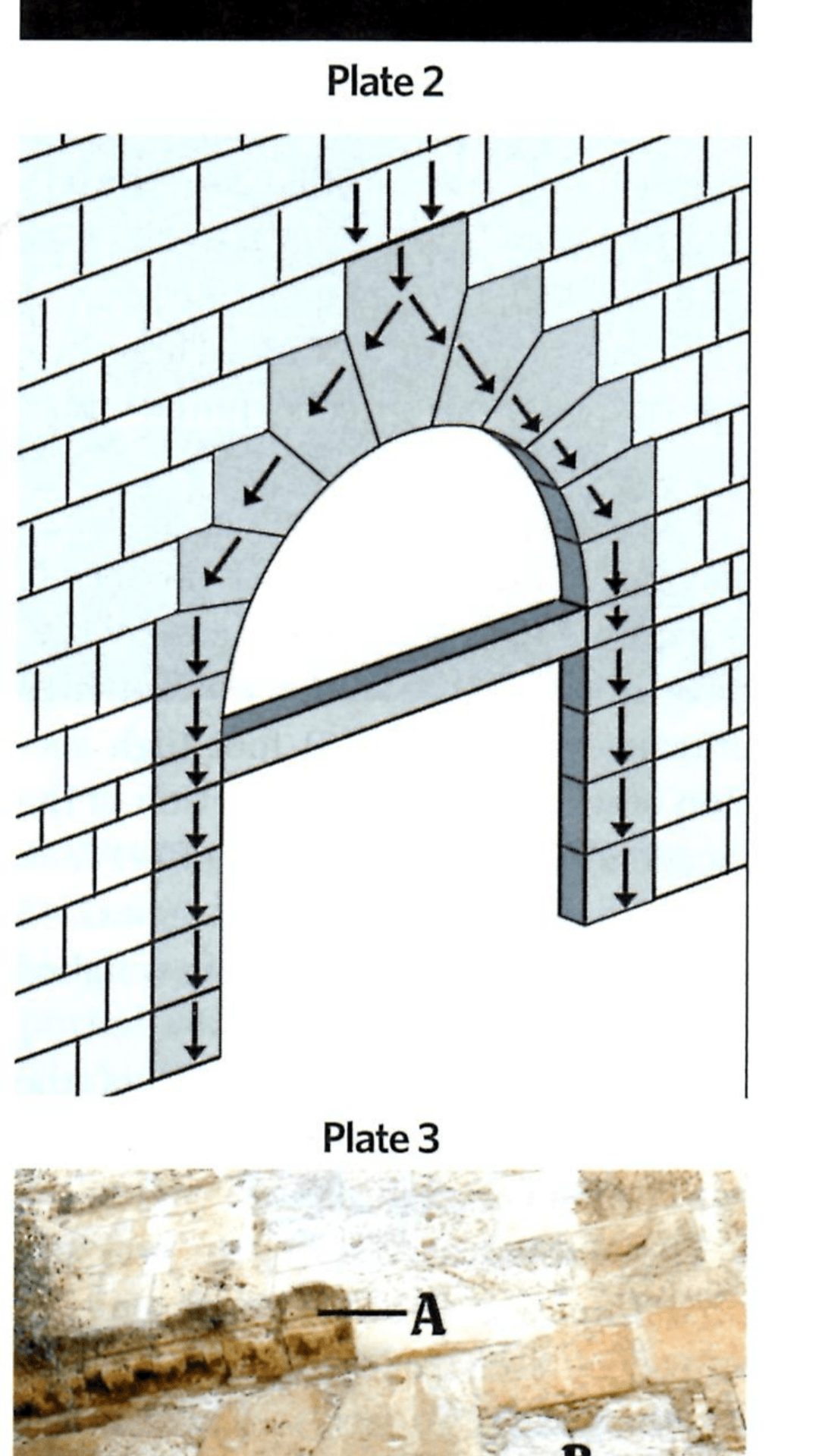 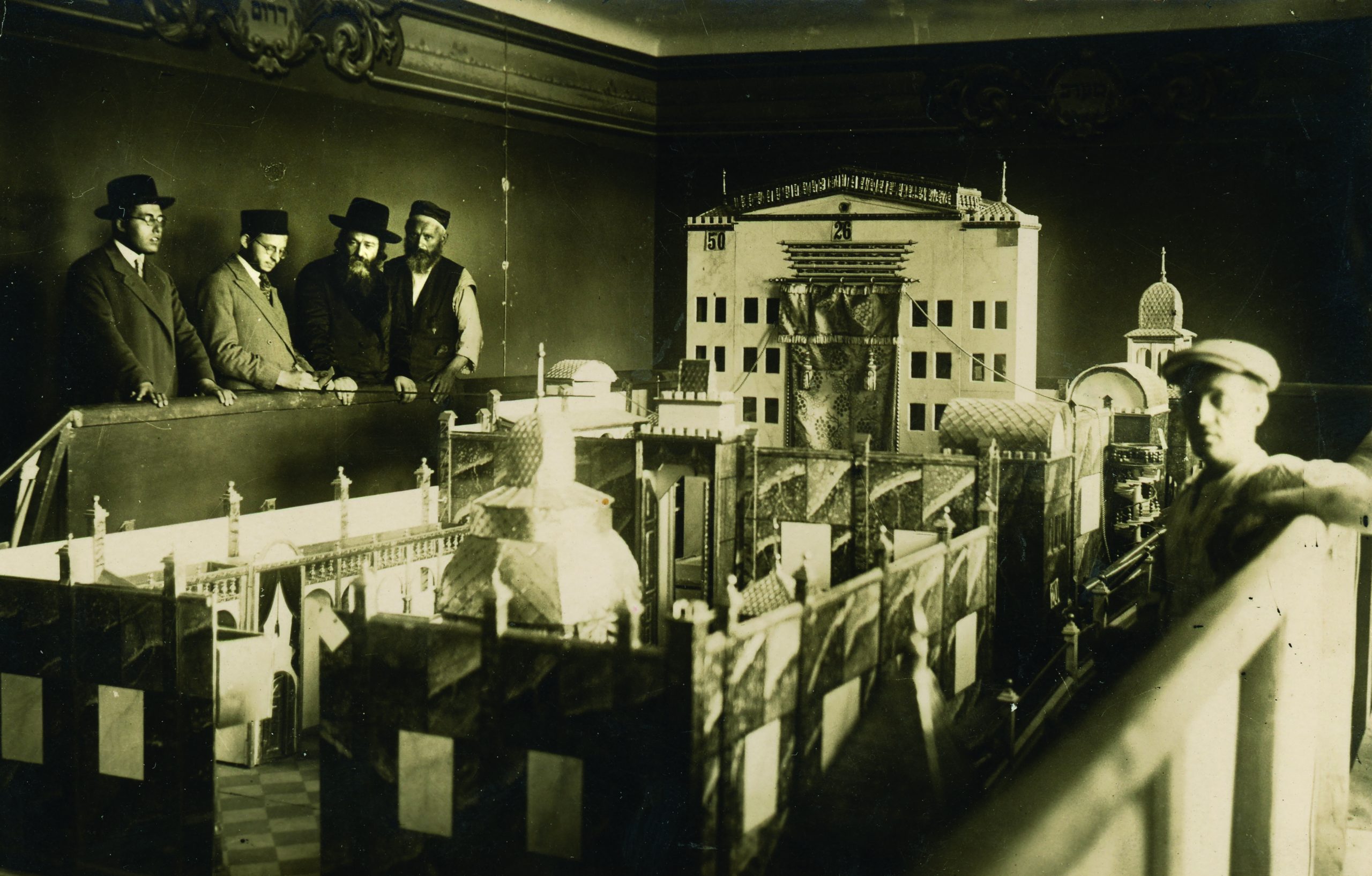 An alternate model of the temple, with R’ Meir Shapiro of Yeshivas Chachmei Lublin (and the Baal Daf HaYomi) demonstrating. 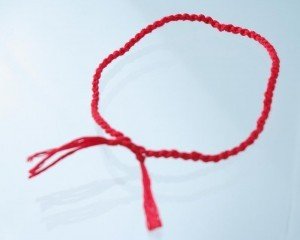 The “red bendel” is marketed around the Kotel by old women for 5 NIS as a kabbalastic way to protect one from Ayin Hara (the evil eye). Their claim was that it was wrapped around Kever Rachel. The only problem is that it’s forbidden to wear it.

It says in the book of Bereshit, the chapter Derech HaAretz: Rabbi Tzadok said: “הקושר על ידו חוט אדום הרי זה מרדכי האמורי” – “One who ties a red string around his hand is like an impure force against Mordechai (the property of Bina).” (http://www.hebrewbooks.org/pagefeed/hebrewbooks_org_13604_183.pdf) 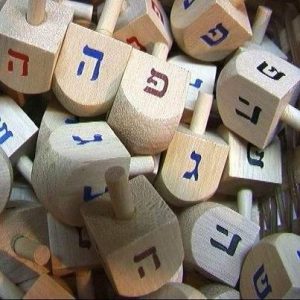 On Chanuka, children from around the world play with dreidels saying “Nes Gadol Haya Sham” (a great miracle happened there). Traditionally people always thought that “sham” (there) was Jerusalem. In Jerusalem the dreidel is therefore done “Nes Gadol Haya Poh” (a great miracle happened here – נגה”פ). Problem is, “here” is relative. Why only in Jerusalem and not the rest of the country? Also, it would only apply to old Jerusalem, not the new part of the city.

The short answer is that “Poh” (here) refers to the Beis Hamikdash where the miracle occurred as a result of the oil burning on the Menorah for 8 days and nights in the temple. Granted there was a military victory but the miracle aspect was only realized once the lights burned, then everyone “knew” that the military victory wasn’t a normal one. Since we still don’t have the Beis Hamikdash until Moshiach comes, it’s still “Sham” (there).

As an interesting aside, NGHSh (נגה”ש) adds up in gematria to 358, the same number as Moshiach (משיח).

Speaking about Chanuka, I simply had to include this hilarious clip of an Israeli comedian explaining a Sufganiya (jelly donut on Chanuka) to a priest: 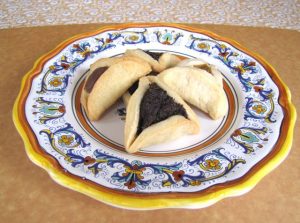 This is another one. In an attempt to justify the time honored practice of eating hamantaschen (a Yiddish word), Israel, in an attempt to create their own language without any Yiddish (a failed attempt), dubbed hamantaschen as “Oznei Haman” (Haman’s ears). Some say that it’s Haman’s hat. Practically this doesn’t work as the three-cornered hat was popular in the 1500’s-1800’s (not in the BCE period), and unless Haman looked like Link from the Legend of Zelda, those couldn’t have been his ears. 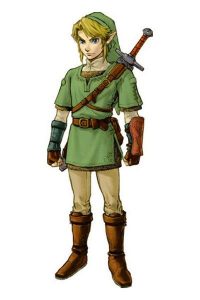 Oznei Haman look better on Link from the Legend of Zelda (courtesy: http://www.jeuxvideo.com/dossiers/00013121/zelda-la-chronologie-de-la-serie-les-heros-du-temps-005.htm)

So what are Hamantaschen from? Believe it or not, it had to do with eating kosher. Jewish tradition has it that Esther, Hasach (a.k.a. Daniel) and other Jews in the palace ate only vegetables as that was the only kosher food around. As poppy seeds is one such vegetable, what Jews historically did then was made poppy seed filling pastry pockets to commemorate this. Poppy seeds in Yiddish is mun. Pockets is taschen. So you have muntaschen. Add “the muntaschen” (as in “pass me the muntaschen”) you get hamuntaschen. The rest is history. It has nothing to do with Haman.

1. The alternate location to Mordechai and Esther’s burial place (the real place is in Hamadan, Iran, though that’s admittedly open to speculation). The claim in Israel is that Esther (not Mordechai), Ovadia and Barak are buried in Kfar Bar’am (by the Galilee). Okay, the claim was made in the 12th century, but still.

2. Lots’ wife which happens to be a massive pillar of salt in Sdom (though there are many pillars of salt). Another claim to Lot’s wife is at Marsden Bay. 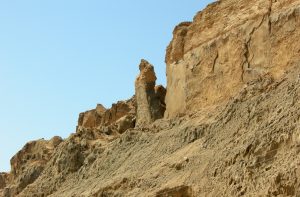