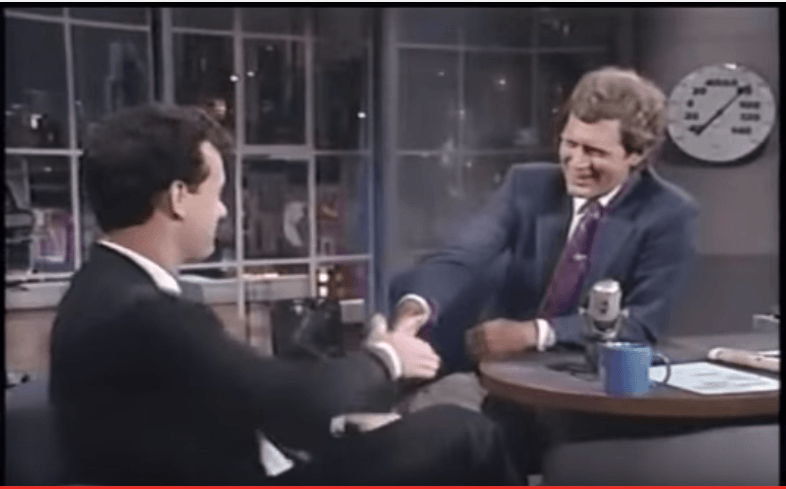 Clermont, Florida. Hardly a bastion of Torah, and even the few Jews who lived in the greater environs didn’t bother to establish an edifice to enshrine their devotions.

None of this troubled Eric and Melanie Brenner. Their Judaism was officially terminated and formaldehyded with their confirmation ceremonies over three decades earlier. In sunny Clermont they were able to raise the ideal American family, be gainfully employed, and live a life free of any religious incumbrances.

In such an environment were Cliff and Dave Brenner raised. Eric and Melanie never would have believed that one of their sons might one day become religious. If some clairvoyant or pundit had suggested such a notion, they probably would have responded by asking, “Which religion?” There were neither the environmental factors, nor the educational inputs, nor the emotional motivators that would place Judaism on the multiple choice list. Yet, somehow, it made it.

Dave had finished his freshman year of college, and for an original “experience,” decided to be one of the countless thousands to bike around the world (and then write a book about it). Everything was on track until he got to Turkey. Such excursions, as a rule, followed an itinerary mapped by impulse and charted by whim. Fellow bikers conducted along the route impromptu symposia on where to go and what to avoid. Hey, the world was round, and eventually you get back to where you started. Especially if you had Dad’s credit card. It wasn’t as if Dave or his cronies had a schedule to keep, a clock to punch, or a deadline to meet.

Turkey was the crossroads. Ahead lay Asia; above the CIS; below Africa. Heading south virtually precluded ever catching the sites of Novukuznetsk, Krasnoyarsk, Lesosibirsk, and other Siberian highlights, rumored to bes a “mut” in the winter. Continuing straight meant forgoing the deserts of Oman and Pakistan, an absolute requisite in the summer. Going north all but eliminated cycling through the peaceful countryside of Sudan and Rwanda. And without a little insurrection, war and starving refugees, the experience would lack that “write-home” quality these young adventurers so desperately craved.

What to do? Perhaps it was just the luck of the draw, the biker’s sense of direction, or G-d’s own irony at work, but Dave decided to head south-by- southeast. For a foray through Israel and Jordan.

Israel was quite a change from Romania, Bulgaria, and Turkey. The roads were actually lit, the telephones actually worked, and the bathrooms were often sanitary. Wherever he went there were tourists. In Israel, however, the attractions were not grand palaces, imposing forts, lush gardens and glassy lakes, but unadorned religious sites. There was no end to them; they were everywhere. For a person whose entire familiarity with religion was limited to Easter bunny chocolates, sudden exposure to the world’s spiritual center was overwhelming. It just about blew all his circuit breakers. It was out of sight, far out, and definitely cool.

He peddled to Nazareth and Hebron, Bethlehem and Tiberias, Haifa and Jerusalem. The Armenian Patriarchate and the Via Dolorosa, the Church of the Redeemer and the Temple Mount, the Garden Tomb and the Al Aksa Mosque–and, of course the Western Wall. Actually, the Western Wall as a tourist attraction did not have all that much to offer: just stones, a broad plaza, a strange collection of birds nesting in sparse foliage– but undoubtedly a great photo opportunity. What it lacked in the way of pews, altars and elaborate carpets, however, was made up for by the decidedly disparate assemblage. Everyone and sundry was there, including a man who saw to it that Jewish youth walked away from the Wall with more than just a snapshot.

No, Dave had never heard of a yeshiva or the Torah, but he was Jewish, in a biological kind of way. “Attend a class?” Why not? Hey, that’s what this whole bike experience was about–tasting, trying and learning. He had agreed to far, far more bizarre things during the course of his trip. The class was intriguing, and was like nothing he had ever experienced before! So Dave stayed on for a few classes; he even stayed for the weekend. He even postponed seeing Petra.

Dave enjoyed yeshiva and found meaning in Judaism. Proof was that he never did make it to Malaysia or Indonesia, Burundi or Togo. But he did make it to rudimentary Hebrew, Jewish philosophy and Mishna. Dave devoted five months to studying his religion before concluding that it was time to heed his parents’ requests, warnings and return to the real world of Clermont, Florida.

After twenty-one weeks of rudimentary Jewish instruction, he returned– this time by air–to Clermont.

Dave’s enthusiasm for Judaism was met by his parents’ staunch opposition, he challenged them that they didn’t even know what they were protesting, but that too was grounds for an argument–augmented by the young man’s newfound religious passion. Had the Brenners only lived in the Miami area [Dave could have continued his studies]. But Eric and Melanie, not entirely by chance, had chosen a home nowhere near a Jewish populace. Clermont was singularly isolated and insulated from the perils of Jewish incursion. The Brenners-senior did not take kindly to their son’s eccentricity and classified Jewish practice into three categories: absurd, bad and intolerable.

Dave couldn’t figure out why a religion that had no meaning to them had so much meaning to him. They launched an inquisition against the absurd and the bad (prayer and eating Kosher food), and regarding the intolerable (observing the Sabbath) it was an all-out crusade. His parents actually forbade him to observe Shabbos; and it wasn’t as if he had an option of spending weekends with other Sabbath observing families in the area.

He was harassed from morning to night and pressured to abandon a “lifestyle of antiquated nonsense.” His only defense was to wait for a Divine signal–somehow, some way–that would assure him he was following the right course.

One Friday night, as Dave pitifully attempted to observe a Shabbos meal amid the tempestuous storm of vocal detractors, he finally caved in. Not in their presence–for he wished to deny them that satisfaction. But he came to the realization that in the absence of a signal, Shabbos observance was simply not worth the hardship. Late Friday night, Dave treated his tormented brain to a little leisure. He sat down in the family room easy chair and flicked on the TV. It had been a long time since he had seen The David Letterman Show, and the late-night TV personality was always entertaining and witty.

Letterman’s first guest was a well-known journalist who had just returned from an extended stint in Jerusalem. Letterman welcomed the man and posed what appeared to be an unrehearsed question:
What was the most remarkable thing you noticed about Israeli life?

The reporter thought for but a moment. “Well, tonight, Friday night, is a holiday in Israel. And although not all Israelis observe the Sabbath, there is nonetheless a certain tranquil–almost palpable–sense of the Sabbath being a day of rest. Over the course of the Sabbath, whomever you meet–even perfect strangers–greet you by wishing you Shabbat Shalom, which means ‘Sabbath peace’.”

Letterman smiled at the articulate reply and focused his eyes upon his guest. As if on cue, the guest addressed his host with, Shabbat Shalom, Dave! and David Letterman returned the salutation.

David Brenner tightly gripped the arms of the easy chair. Was this a signal, or what? Throughout the show each new guest was welcomed with Shabbat Shalom. There were three cameramen covering the show. To streamline editing and ensure smoother transitions, the cameramen communicated with each other through headphones to assign who would cover which angle–although their routines were well-rehearsed. They always opened with a wide angle shot cutting to a closeup of the star. The show ended the same way in reverse: a tight shot on one of the stars opened to a wide shot of all the guests, closing on a pan of the exuberant audience “spontaneously” responding to the APPLAUSE sign lighting up with cinematic urgency.

Tonight was different. The lead cameraman gestured that he wanted to digress from the standard procedure. Beginning dead center he dollied right up the middle, zooming in the lens so that for the final ten seconds of the show, the close-up was not of David Letterman, or the audience, but of the celebrity’s mouth.

And what were those famous, six-digit-salary lips saying? They were closing the show with the words that had captured the evening:

David Brenner had received the signal he had longed for. Three days later he was headed back to Israel–he did not want the transmission to fade… ever.

Veracity of the Story – Did It Actually Happen?

While this story is very inspirational, I went ahead and tried to track down the video on YouTube. Indeed, Tom Hanks filmed a video in Israel called “Every Time We Say Goodbye” in 1986, around the approximate timeline of the story. Below is the 10 minute clip, filmed on June 1987, where he talks about on Friday night he was filming a scene titled “the Wilderness of Zin” and would walk down Dizengoff street in Tel Aviv where everyone would be sipping coffee, wishing him Shabbat Shalom. The thing starts at 5:16 of the clip. Must see.

There’s another video video was from earlier, on July 29, 1986 and at 24:18 of the clip below Tom Hanks talks about how he was in Israel and was introduced to a Bazooka Joe comic in Hebrew. Saying “the bus” almost sounds like “Shabbus.” Have a look.

← A Tribute to My Rebbe: Rav Abba Bronspiegel, Shlita
Top Six Esther Implications Should We Take the Greek Version Seriously →