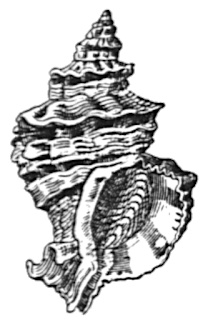 This post originally was seen at BeisHamikdashTopics by Yoav Elan.

It is widely known that techeiles (the blue dye) comes from a sea creature called the chilazon. Many hundreds of these animals had to be harvested from the bottom of the ocean in order to produce even a small quantity of techeiles, and the process of extracting and preparing this dye entailed using strong chemicals under carefully controlled conditions. This painstaking and complicated procedure made the price of techeiles exorbitant, and according to Rambam it may not have been necessary.

Techeiles for Tzitzis
In discussing the requirement (that we mention every day in Shema) to put a thread dyed with techeiles upon the corners of our garments, Rambam (Hilchos Tzitzis 2:1) writes:

Anywhere in the Torah that it mentions “techeiles” it refers to wool dyed blue — the color of the sky on a bright, sunny day. The blue thread mentioned in connection with tztitzis must be dyed with a special dye which maintains its vibrancy without change. Wool that has not been dyed with this dye is unfit for tztitzis, even though it is the color of the sky. For example, if it was dyed with woad, a blacking agent, or any other darkening material, it is unfit for tztitzis.

Throughout this passage, as well as further in this chapter, Rambam distinguishes the blue dye “for tztitzis” from the blue dye mentioned “elsewhere in the Torah” (the only other places that techeiles is mentioned is in connection with the Tabernacle and the priestly garments). The “tztitzis” dye must be colorfast (permanent, indelible, and not subject to fading) whereas the Tabernacle dye need not be.

In the times of the Gemara, techeiles from a chilazon was the only blue dye that was truly colorfast. There were other blue dyes, such as kala ilan (a plant derivative) but it was subject to fading. For this reason, a person who wanted to fulfill the Biblical requirement of placing a blue thread upon the corners of their garment had to use authentic techeiles from a chilazon (see Rambam 2:2 loc. cit.).

Jewish scientists have identified techeiles as the dye known as indigo. Nowadays it is possible to extract indigo from plants (or even manufacture it artificially) and purify it so that the dye is truly colorfast. This is evidenced by the fact that (according to Wikipedia) the main use of indigo is for giving denim jeans their characteristic blue color. Thus, it would seem that Rambam’s requirement that the dye for tzitzis be colorfast can be met using pure, artificial indigo. Even so, techeiles from a chilazon offers certain spiritual advantages which cannot be replicated in a lab. For this reason the techeiles used for tzitzis should preferably come from a chilazon.

Techeiles for the Priestly Garments
Regarding the techeiles used in the priestly garments Rambam (Hilchos Klei Hamikdash 8:13) writes:

Consistent with what he wrote in Hilchos Tzitzis, Rambam does not stipulate that this techeiles dye be colorfast or that it come from a chilazon. Accordingly, the Temple treasurers could avoid the high cost of using chilazon techeiles for the numerous garments needed by the Kohanim and instead could use the cheaper alternatives such as kala ilan. Nowadays, this would permit the use of artificial indigo in the creation of the garments for use in the Third Temple. [As for the spiritual advantages of chilazon techeiles, those are specific to the mitzvah of tzitzis where we are told to “look at the wool strings dyed blue and be reminded of the Torah’s commandments and not sin.” No such requirement appears in connection with the techeiles of the priestly garments, and this in fact may be the reason that Rambam differentiates between these two uses of techeiles.]

In Tiferes Yisrael’s introduction to Seder Moed, called Kupas Rochlim, he addresses this issue in his discussion of the priestly garments. He first points out, for the record, that Rambam’s view is disputed by Rashi and Mishneh Lamelech (to Hilchos Klei Hamikdash loc. cit.) who both state that techeiles always refers to the blue dye extracted from a chilazon. Even so, Tiferes Yisrael goes on in support of Rambam’s view, showing (based on Yerushalmi Shabbos) that when the Jews built the Tabernacle in the wilderness it is highly unlikely that they used authentic techeiles for the curtains and priestly garments. How could they have procured such large quantities of chilazon specimens when this animal lives in the Mediterranean Sea along the northern coast of the Land of Israel, a great distance away? Rather, they probably used a blue dye from some other source.

Tiferes Yisrael goes even further and questions the need for chilazon at all. He sees no reason to differentiate the techeiles of tzitzis from the techeiles of the priestly garments since the Torah uses the same word in both cases. He concludes that as long as a blue dye is the correct shade and is colorfast then it should meet the Torah’s requirements. However, after consulting with expert dyers of his day, Tiferes Yisrael discovered that there did not exist any blue dye known at that time that was sufficiently colorfast.

[Tiferes Yisrael was certainly familiar with plant-based indigo, for he identifies kala ilan as indigo. Apparently he felt that the indigo of his day was not colorfast enough to pass the strict chemical tests described by the Gemara.]

He concludes that, for practical purposes, the only way to obtain techeiles must be from a chilazon. Had Tiferes Yisrael been shown the indigo of today, which is certainly colorfast, he would likely agree that it would serve as techeiles both for tzitzis as well as the priestly garments.

This post is meant solely as an academic study of some of the views on techeiles and it should not be used to determine practical halachah. Special thanks to R’ Hallel Newman for bringing this Kupas Rochlim to my attention.

← Radzyner Rebbe Recipe for Techeiles, as Communicated to R’ Isaac Halevi Herzog
Is the Ancient Karaite Jewish Community About to Disappear? →