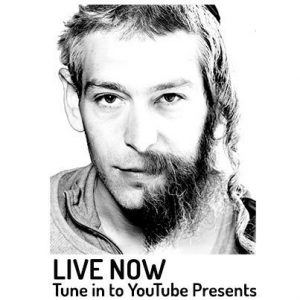 Recently it was announced that Matisyahu launched his album “Spark Seeker.” A couple of things to note:

In the past it was reported that Matisyahu shocked the music and Jewish world by shaving his famous Peyos and beard. He explained at the time that he was re-seeking himself but was still going to Shul and Mikvah. Now I’m not so sure.

Granted, everything involved here is with externalities, but what a shocker!

I personally wonder how his immediate family are taking all this in. How is his wife and kids coping, are they supporting him or are now estranged? While he normally has a right to do what he wants to his body, he must realize that he’s a role model to not only his fans, but to his wife and kids. I hope and pray that everything there will turn out all right.

That having been said, one should look at the saga of Matisyahu and take a couple of things out of it. One is that one should never be influenced by a charismatic leader. Charisma is something you either have or don’t have. However, it’s a power that can make someone cause others to either do good things or to fall astray. I’m certain that there are at least some Jews out there that became religious and then dropped it because of Matisyahu.

Also, while the Baal Tshuva movement has been revolutionary in many ways since the 1960’s, what must be exposed and discussed is the other side as well. Too many Baalei Tshuva are getting tired of being something they were never brought up in, and when things get too hard or annoying they bail. That’s the unfortunate reality especially with Baalei Tshuva that take on too much too fast and, in this case, become more Chassidic than the Lubavitcher Rebbe (I originally was going to say holier than the Pope).

Another thing that must be exposed is that too many people drop religion because of family challenges. Abusive parents (physically/verbally), falling in with the wrong friends,  these things can and do cause one to go astray.

← Before The Deluge: Jews Of The Mediterranean Islands (Part V) – Rhodes, Cos, Lesbos and Lemnos
Litvaks and Galitzyaners →