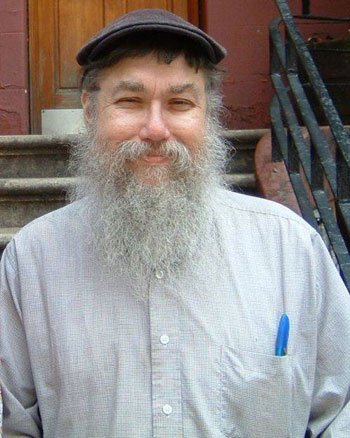 Books. Some people love them; others claim they can do without them. For Zalman Alpert, they are essentially his life.

For the past 35 years, Alpert has served as a reference librarian at Yeshiva University (YU). Educated at Columbia University’s School of Library Services and New York University’s School of Education, where he attained a master’s degree in Modern Jewish History, Alpert is one of those individuals who knows a little (sometimes a lot) about everything. Over the years, he has contributed articles to such works as Encyclopedia of Hasidim; Jewish American History and Culture: An Encyclopedia; Encyclopedia of Jewish American Popular Culture; Midstream; and The Jewish Press.

The Jewish Press: In your three decades as a YU librarian, what would you say was your most interesting experience or encounter?

Alpert: Well, one recent one took place last summer when I noticed a Catholic priest in the library. I started talking to him, and through conversation it became clear that his mother was a little girl during the Holocaust, was hidden by non-Jews, and never came back to Judaism. She adopted the Catholic religion and eventually married a Catholic in Poland.

For some reason, however – I guess because of the pintele yid inside her – she and her husband moved to Israel in the 1960s or so. This young man was born there and attended Israeli schools, but the family later left Israel and moved to a Polish enclave in New Jersey. Subsequently this young man returned to Poland, studied for the Catholic priesthood, got a doctorate in Old Testament studies using the Hebrew he had acquired in Israel, and is now a professor at a Catholic theological seminary in Poland.

I couldn’t really get this priest to admit he felt Jewish although he knew the halacha and didn’t deny he was Jewish. He said he came to the library to familiarize himself with midrashic literature because he wanted to see how the Jewish rabbis interpreted the Bible.

Have you ever met people in the library who would otherwise never dare step in YU due to ideological reasons?

Absolutely. In fact, many of the more interesting people I have met over the years are chassidic rabbis from Williamsburg. The Pupa dayan, for example, was here, as was the spiritual head of the Organization of Young Satmar Chassidim.

They come because everything is in one place, and many of them don’t want to go to the library of the Jewish Theological Seminary (JTS) for theological and halachic reasons. In recent years, though, there’s been a marked decrease in the number of chassidim who come here because of the availability of such databases as HebrewBooks.org, Otzar HaHochma, etc.

Why does JTS have a better manuscript collection?

They started building their collection a lot earlier than YU. When Solomon Schechter took over the seminary in 1902, he brought part of his library with him, which included a lot of Cairo Geniza fragments. Also, Schechter brought faculty members with him who were very interested in creating an academic library, and they went to Europe actively seeking manuscripts and rare books.

In contrast, YU’s college was first created in the 1920s and the Jewish studies graduate school only started in the late 1930s. YU’s library only really became very professionalized after World War II.

How many Jewish books does YU own?

You possess something of an interesting family background. Can you share?

My parents were Holocaust survivors from Lithuania/White Russia. In Europe, my father was part of the Lubavitch community, but my mother came from a misnagdic background. I attended Lubavitcher school in New Haven for many years growing up, and then went to YU later on.

Do you consider yourself Lubavitch?

Why not the third?

I felt a disconnect in my younger years between Lubavitch and the Holocaust experience. To most other chassidic groups, like Satmar, Bobov, and Ger, the Holocaust was the main – to use Zalman Schechter’s phrase – “Sinai event” of the 20th century. Everything happening in the United States is, in a certain sense, a reaction to it.

In Lubavitch, I never found that. I went through the Lubavitcher school system for nine years, and I can honestly say the Holocaust was never mentioned.

Do you think the seventh Lubavitcher Rebbe perhaps intentionally avoided stressing the Holocaust because he felt the topic too depressing or paralyzing?

I think so. I think the Rebbe had an upbeat message for American Jewry that things would be good, and I think getting stuck in the Holocaust was not the message he wanted to give.

Why then are you so focused on the Holocaust?

Over the years, you have written on American Jewish history in a variety of publications. How do you explain a phenomenon that intrigues many people, namely American Orthodoxy’s turn to the right in recent decades?

I think a lot of it had to do with the Holocaust survivors. Not all of them were Orthodox, but the small group who were included many chassidim, as well as Lithuanian yeshiva students who became roshei yeshiva and teachers. Plus, there were Holocaust survivors who weren’t necessarily haredim but were committed to preserving Judaism, even if only to fulfill Emil Fackenheim’s eleventh commandment, “Thou shalt not give Hitler a posthumous victory.”

But the children of these survivors are even frummer, at least outwardly, than their parents. How did that happen?

That’s the reaction. People overdo it and try to become more Catholic than the pope. It happened in every segment of Jewish society – in the Modern Orthodox world, in the yeshiva world, even among chassidim.

Until the 1970s, Bobov, for example, was fairly modern. Most Bobover chassidim did not dress in the complete chassidic outfit. In the 1950s, they didn’t wear the kapote, and even in the ‘60s, when many adopted it, they certainly didn’t wear the white socks or the half shoes. Many of them also didn’t wear shtreimlach, and many had trimmed beards. But then things changed.

Do you see this rightward trend continuing in the future?

That’s a good question. To a certain extent, I think the world is a spinning wheel, a galgal hachozer. At YU, for example, there are many students who are a lot frummer than anyone in the 1960s and ‘70s, but there are also some who are a lot less frum than anyone back then.

I think it was Rabbi Bernard Poupko of Pittsburgh who said: “Today, more Jews in America eat shmurah matzah, but fewer Jews eat matzah.” I think that’s a very valid point. Take New Haven, for example. When I was growing up, there were 10-12 Orthodox synagogues, which were packed on major Jewish holidays. Until the mid-1960s there were also 20 kosher butchers, so most non-Reform Jews kept a kosher home. Today, Orthodoxy in New Haven is limited to probably 200 families out of a population of 25,000.

Some people credit the black power movement in the late 1960s with giving Jews the strength and pride to assert their Jewishness. Do you agree?

Before the black power movement, there was only one legitimate cultural path in the United States, which was basically “the man in the gray flannel suit” – middle-class America. The black power movement gave the idea of being different legitimacy, and it had a tremendous impact on young Jews.

They were no longer embarrassed about their Judaism. They started using Jewish first names, for example. When I was growing up, almost no one used their Jewish name. Everyone was Brian or Phillip. Today, I see little Modern Orthodox kids, and they’re all Eitan, Avi, or Noam. Or take another example: when I was growing up, no one wore a yarmulke in the street; today it’s an accepted norm.

All this because of the black power movement?

That, plus the Vietnam War and this whole counterculture movement. The Vietnam War was also responsible for making learning in yeshiva after high school a legitimate option since you suddenly had tons of young men attending yeshivas to avoid the draft. Prior to Vietnam, very few graduates – even of high schools like Torah Vodaath or Chaim Berlin – went on to study in a beis medrash. The war in Vietnam changed that.

The Six-Day War also had a big impact. Jews started coming out of the closets; they were proud to be Jewish now. Finally, the Lubavitcher Rebbe and the ba’al teshuvah movement also played an important role. Hundreds, if not thousands, of people’s lives were affected by the Rebbe’s message.

You mentioned that American Jews used to use their secular names. Did you – especially since “Zalman” sounds so “Jewish”?

I have an English name, but I always went by Zalman.

Did you ever consider dropping Zalman and using your English name?

Not in the last 30 years. But when I was younger, sure.

Who was your uncle?

Schneur Zalman Alperovitch, but in Lubavitch people refer to him after his hometown: Zalman Kurnitzer, from the town of Kurnitz. He later moved to Leningrad and died of starvation during the Nazi siege of the city.