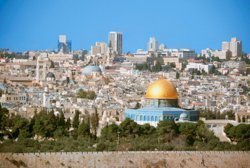 A recent study has shown that, while Canada is the number one nation in the world in terms of the percentage of adults with the equivalent of a college degree (51%), Israel ranks 2nd (46%). This data was reported by Yahoo Finance Canada, based on a report from the OECD ( Organization for Economic Cooperation and Development). The United States ranked number 4.

This is interesting on Israel as it makes sense. A nation comprised solely of Jews, a nation that prides itself on education, would naturally be at the top 5. What’s not mentioned in the report is that:

Bottom line, if the above weren’t factored in, Israel surely would be #1 in terms of University graduates. It’s a nation of Jews, so why not?

← Seven Strategies for Surviving the Recession – Strategy 6 – Honesty – Rabbi Paysach Krohn
BEFORE THE DELUGE: THE JEWS OF IRELAND →