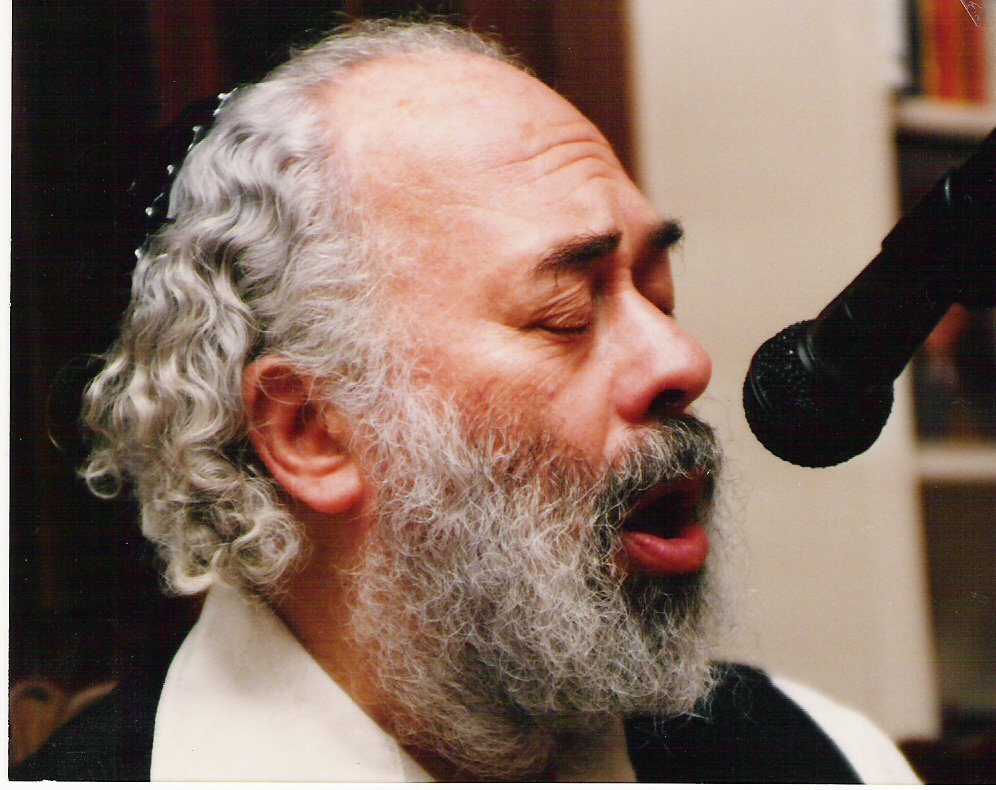 Today is the Yahrtzeit of Reb Shlomo Carlebach.

Reb Shomo ben Naftoli ZT”L Carlebach was a controversial yet very warm person with a heart of gold. The above videos are a testament to who he was.

I dare anyone to listen to him speak and sing and not be moved!

Also, there is some amazing Carlebach material here: https://www.box.com/rashban

Material below taken from Wikipedia:

Shlomo Carlebach (Hebrew: שלמה קרליבך‎), known as Reb Shlomo to his followers, (14 January 1925, Berlin — 20 October 1994, New York) was a Jewish rabbi, religious teacher, composer, and singer who was known as “The Singing Rabbi” during his lifetime. Although his roots lay in traditional Orthodox yeshivot, he branched out to create his own style combining Hasidic Judaism, warmth and personal interaction, public concerts, and song-filled synagogue services. At various times he lived in Manhattan, San Francisco, Toronto and Moshav Mevo Modi’im, Israel.
Carlebach is considered by many[who?] to be the foremost Jewish religious songwriter of the 20th century. In a career that spanned 40 years, he composed thousands of melodies and recorded more than 25 albums that continue to have widespread popularity and appeal. His influence also continues to this day in “Carlebach minyanim” and Jewish religious gatherings in many cities and remote pristine areas around the globe.
Carlebach was also considered a pioneer of the Baal teshuva movement (“returnees to Judaism”), encouraging disenchanted Jewish youth to re-embrace their heritage, using his special style of enlightened teaching, and his melodies, songs, and highly inspiring story telling.

Carlebach began writing songs at the end of the 1950s, primarily based on verses from the Tanakh or the Siddur set to his own music. Although he composed thousands of songs, he could not read musical notes. Many of his soulful renderings of Torah verses became standards in the wider Jewish community, including Am Yisrael Chai (“[The] Nation [of] Israel Lives”—composed on behalf of the plight of Soviet Jewry in the mid-1960s), Pitchu Li (“Open [for] Me [the Gates of Righteousness]”) and Borchi Nafshi (“[May] My Soul Bless [God]”). His public singing career began in Greenwich Village, where he met Bob Dylan, Pete Seeger and other folk singers.
He moved to Berkeley for the 1966 Folk Festival. After his appearance, he decided to remain in the San Francisco Bay Area to reach out to what he called “lost Jewish souls”—runaways and drug-addicted youth. His local followers opened a center called the House of Love and Prayer in the Inner Richmond district of San Francisco, to reach out to disaffected youth with song and dance and communal gatherings. He became known as “The Singing Rabbi.” Through his infectious music and his innate caring many Jews feel that he inspired and reconnected thousands of Jewish youngsters and adults, otherwise lost to Judaism.
Some Carlebach melodies were entered in Israel’s annual Hasidic Song Festival.
In 1969, his song Ve’haer Eneinu, sung by the Shlosharim won first prize. The Hasidic festivals were a yearly event that helped to popularize his music. He also produced albums with a more liturgical sound. Some of the musicians he worked with during this period added a psychedelic tinge and a wider range of backup instrumentation. Carlebach now spent much of his time in Israel, living in Moshav Me’or Modi’im.

Carlebach’s songs were characterized by relatively short melodies and traditional lyrics. His catchy new tunes were easy to learn and became part of the prayer services in many synagogues around the world.
Returning to New York City Carlebach also became known for his stories and Hasidic teachings. As part of his performances he spoke of inspirational subjects, rooted in Hasidism and Kabbalah. Some of his teachings have been published by his students and appear alongside his recorded songs. Carlebach spread the teachings of Chabad, Breslov, and popularized the writings of, among others, the Rebbe Mordechai Yosef Leiner of Ishbitz and Rebbe Kalonymus Kalman Shapira of Piasetzno.

Carlebach died of a heart attack on a flight to Canada. His body was flown to Israel for burial at Har HaMenuchot. During the funeral the mourners sang Carlebach’s songs, including Chasdei Hashem Ki Lo Samnu. Israel’s Ashkenazi Chief Rabbi Yisrael Meir Lau gave a eulogy. An annual memorial service is held on the 16th of Cheshvan at Carlebach’s grave site. Additional memorial events take place throughout Israel and around the world.

According to Rabbi Jonathan Rosenblatt, Carlebach “changed the expectations of the prayer experience from decorous and sombre to uplifting and ecstatic as he captivated generations with elemental melodies and stories of miraculous human saintliness, modesty and unselfishness.”
During his lifetime, Carlebach was often relegated to pariah status, marginalized by many of his peers. Because in his yeshiva years he had excelled in Talmud studies, many had hoped that he would later become a Rosh Yeshiva or a similar figure; many harbored ill will toward his chosen path in music and outreach.
In the years since his death, Carlebach’s music has been embraced by many faiths as spiritual music. His music can be heard today in synagogues, Carlebach minyanim, churches, gospel choirs and temples worldwide. Many musical groups state that they draw inspiration from Carlebach and his music including Matisyahu, Chaim-Dovid Saracik, Sam Glaser, Benyamin Steinberg, Moshav Band, Soulfarm, Reva l’sheva, Naftali Abramson, Shlomo Katz, Eitan Katz, Gili Houpt, Yehuda Green, Aharon Razel, Kol Yaakov and others. Various community leaders and rabbis were influenced by him; these include Rabbis Meir Fund, Naftali Citron, Nosson Schafer, Avraham Arieh Trugman, Avi Weiss and others.

A musical written about his life, “Soul Doctor”, by Daniel Wise was presented as a limited engagement off-Broadway in 2008 and in New Orleans in 2010, and was received with critical acclaim. The musical will play a 3 week run at New York Theater Workshop in Summer of 2012. A documentary film about Carlebach directed by Boaz Shahak, “You Never Know,” was released at the Jerusalem Film Festival, also in 2008.

Carlebach’s approach towards kiruv (the popular Hebrew term for Orthodox Judaism outreach) was often tinged with controversy. Put most favorably, “He operated outside traditional Jewish structures in style and substance, and spoke about God and His love in a way that could make other rabbis uncomfortable.”
After his death, Lilith magazine, a Jewish feminist publication, catalogued allegations of sexual impropriety against him. Specific, named accusers are quoted in this article, as well as unnamed sources and Jewish communal leaders with knowledge of the allegations. The publication of these allegations was controversial, lodged, as they were, at a time Carlebach could not respond to his accusers.

← Want a Cardboard Bicycle for $20? Well, it’s your lucky day.
BEFORE THE DELUGE: THE JEWS OF HUNGARY (PART II) →