This probably will be my most controversial post yet.

Hurricane Sandy was one of the worst storms in the history of New York State. For many of us native New Yorkers, we have never before seen New York get hit with a storm this deadly. Entire neighborhoods were washed away and people were without homes and power, some as we speak. In fact, in Monsey alone power doesn’t look to resume at least until Nov. 11, when most people are freezing cold by then. 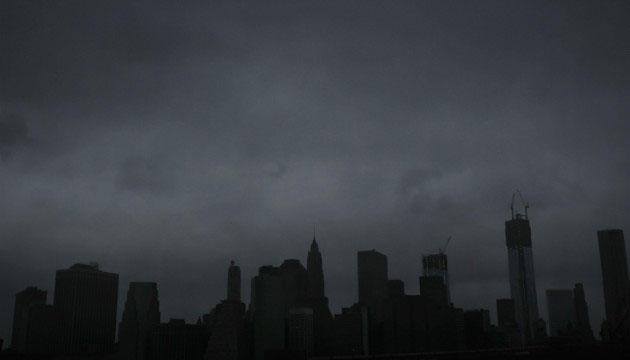 Even with the flood water pumped out of subway systems and buildings, salt-water damage needs to be surveyed and replaced as salt penetrates and damages entire foundations. People I personally know/knew were trapped and needed to be rescued. The death toll, Rachmana Litzlan, continues to rise, especially in New York. 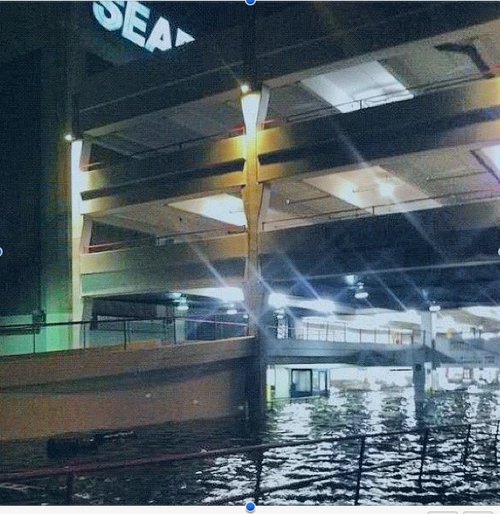 Through Facebook, I saw Kings Plaza, LGA and the Battery Tunnel submerged, the FDR and Atlantic City Boardwalk, both of which are essentially washed away, a massive Con Ed explosion on YouTube, trees all over, people trapped and needing rescuing (a number of whom I personally know), tons of people living under candlelight without power, and not having landline or cellphone access.

It hurts me greatly to see also that at least 50-60 people in NYC alone were killed by the storm, and can relate to how many more are hurt as undoubtedly they had families that cared for them. 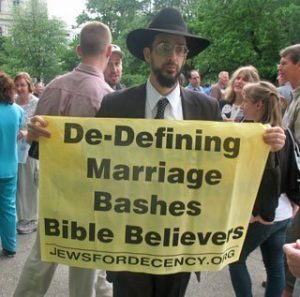 Some Rabbis are having a field day with this, while most people, including moderate Rabbis, are not. Some are blaming the fact that New York has legalized gay marriages as justification for what just happened, which is similar to S’dom and Amorah of Parashas Vayera. I don’t think I need to explain how I feel as I believe everyone reading this feels the same way.

Without completely discussing my disgust, I want to ask two questions here:

1. If this was the case, why wasn’t the storm only affecting NYC? New Jersey, a non-Gay-marriage state, was hit worse! Same thing with the rest of the east coast that is anti-gay-marriage! Also, Toronto-Ontario in Canada, which has legalized gay marriages, was at most hit with 100 km/h winds that at most killed 1-2 people. That’s not good, but B”H nowhere near the devastating effects that Frankenstorm, Hurricane Sandy, had on New York, New Jersey and the entire east coast. That’s not consistent, and therefore constitutes as Sheker in my book.

2. Since when is anyone supposed to play Gd? What I mean is that, each person affected by the storm experienced his own unique set of experiences. Therefore he should look at HIMSELF rather than at OTHERS as to how he himself can do better. In the end, only Gd knows why He set this storm in motion and therefore only He can tell everyone why the storm was cast – NOT ANYONE ELSE!!! Anyone else judging everyone here is playing Gd and perhaps that constitutes as having other Gds before Him.

My Personal Take On It

While we’re into it, might I respectfully respond to these fools why I think the storm was cast, that’s both consistent with New York and New Jersey (not so much Toronto): Sinas Chinam – more people today are frum but not ehrliche! People today will get everything mehudar but only for themselves. When it comes to Shidduchim and Yeshivos, people will focus on matters like if the pants are black enough, how long the dress is, if there’s internet, filtered or not, at home, if the person smells nice, etc. In Shul, people will not wish Good Shabbos to someone that doesn’t look familiar, nor will they issue an Aliyah to a non-member. People focus on the details rather than the bigger picture in the name of one-uppmanship because it helps out their “image,” which of course is pure Gaavah/Frumkeit.  Especially in New York, people in general are rude and unhelpful, only focusing on I, I, I! So, it seems to make sense then that Hashem has created a storm for all of us to really cry out Ai Yai Yai about!

Reb Shlomo Carlebach ZT”L said it best when he said how certain zealots, when they have “the light,” rather than spread it for good people choose to use it to burn everything around them. And this is what I think has happened here.

But who are we to judge?

A Chance to do Teshuva

It also seems that Hashem created this storm so that people focusing on Gaavah and I, I, I will have a chance to to Teshuva.

In fact, look. People really pulled together during this crisis. Those with electrical power shared their power with others. People for the first time showed kindness by housing guests without homes or even with homes but no power or heating. B & H Photo also provided power to its direct competitor, whereas most companies would have taken advantage and amped up their advertising campaigns.

In addition, people are still helping everyone out. 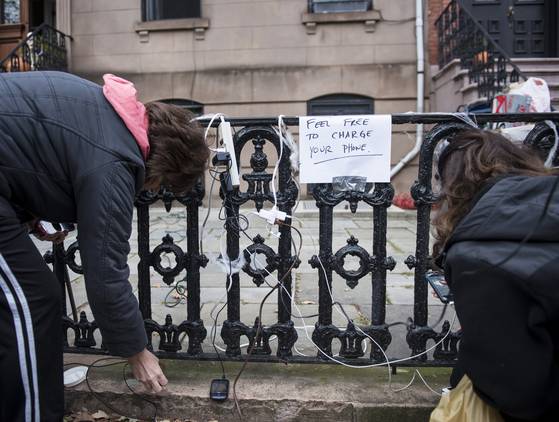 For the rest of us, what is there to say? Let’s do Teshuva now while we still can! We don’t need another storm to teach us the same lesson – we got it!

Who Else Should the Victims of Hurricane Sandy be Thanking?

-The following was written in an email by L. Levine

“RSRH points out that there are no such things as accidents.  There are “unexpected events”  but nothing is accidental,  since HaShem controls the world. Thus, there must be some reason or reasons why Hurricane Sandy occured during the week of Parshas *Vayeira*.  I do not presume to know the reason or reasons,  but I do think that the following is worth noting.

The hurricane has led to an unprecedented amount of Chesed on the part of Jews and non-Jews.  Many volunteers actually risked their lives to help rescue those who have suffered and continued to suffer both during and in the aftermath of the hurricane.

We should pause for a moment and ask, “Where did the world learn to do chesed?”   The answer is, of course,  from Avraham and his descendents.  Rabbi Dr. Yosef Breuer points out in Volume I of his Introduction to Rabbi Samson Raphael Hirsch’s Commentary on the Torah (available for free download at http://download.hebrewbooks.org/downloadhandler.ashx?req=4105 )

A. [Avraham] sees the wanderers, rushes towards them, letting G’d quasi wait for him, asking Him (3) not to withdraw from him-for, say the Sages, to receive wanderers hospitably is
a far greater duty than to “receive Gd’s Shechina”. Thus A. practices Jewish brotherhood on “uncircumcised” idolators. And how he practices it! No one would so hotly pursue profit as A. seeks an occasion to demonstrate brotherly love to his fellow-men! His entire household is set into motion, wife and child, everything is made ready as A. seizes the first chance to practice brotherly love as a Jew. For as a Jew he was called upon to bring to men-in the name of G’d-the message of brotherly love. This spirit of love and of charity can be found in his late descendants and it is due to this “Abramitic” heritage that this “humane” spirit has taken root in the non-Jewish world and has become a “blessing’ to all mankind.

I have put all of the commentary on Lech Lecha at http://tinyurl.com/cjoljmo

See also the article by Rabbi Berel Wein at http://tinyurl.com/cfn8b7y“

All that having been said, know that even know that I am no longer living in New York, I am with everyone in spirit. Seeing/hearing about all that happened really hit home to me as I grew up there most of my life.