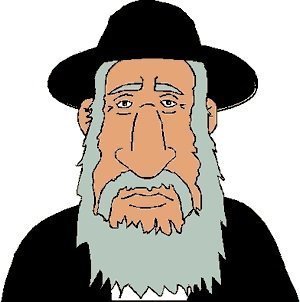 Here are the halachik issues for Pesach 5771:

Those people who normally wear braces while consuming chometzdike food, (food not kosher for Passover) must have their braces kashered for Pesach. The preferred method is that of Libun, (using a blow-torch which gets the metal white hot) which can be accomplished by crinkling your lips up to expose your teeth and then running a blow torch along the entire length of your braces. Some authorities are lenient and permit kashering of braces by dunking your open mouth into a bowl of scalding hot water instead.

While most people put all their efforts into ridding their homes and cars of chometz, (food not kosher for Passover) there is one place even more personal that is traditionally neglected during bedikas chometz – your very own digestive system, including stomach, small intestine and large intestine (colon).

Those who have consumed chometz during the 24-hour period prior to biyur chometz (the ritual destroying of all forbidden non Passover foodstuff by burning it – generally done next to your neighbor’s window) must spend the proper time in the bathroom prior to the time of issur chometz (the time when regular bread stuff becomes forbidden) to allow the elimination of any residual chometz from their bodies. Some halachik authorities also require the use of a laxative to assist in the elimination process.

Note: Some laxatives are chometz and may not be used Erev Pesach. Please consult your local rabbinical authority for which laxatives may be used.

3. Gebruchts (gebruchts occurs when passover matzoh is mixed with water and cooked. Many Jews are stringent in this matter causing them to look upon those lousy low-life Jews who would stoop to such a disgusting level as to actually let their matzo come near water as heathens.)

Boruch Hashem, many of us are very careful not put any non-solid food on our matzoh, lest the liquid combine with any unbaked flour and become chometz. But what about our saliva and digestive juices? Saliva contains water and could very well cause problems of gebruchts.

Until recently, it was felt that this problem was insurmountable, and thus, many Halachik Authorities were lenient on this issue. But it has come to my attention that it is common practice for drug dealers to smuggle their drugs inside a human courier, by having the person ingest the drugs inside a small rubber balloon or, chas v’sholom, prophylactic. It would appear that this is also a perfect method for eating matzoh without worrying about the possibility of gebruchts. So this year, one should try to be stringent and put all matzoh in small rubber balloons before swallowing it. Upon further reflection, it has occurred to me that this is the way the Jewish Nation must have eaten their matzoh in the desert.

4. Shiur of Matzoh (amount of matzoh required to eat at the seder)

As you may be aware, the issue of shiurim (amount) is one that has been discussed at length. This year, I decided to reexamine the whole issue in the hopes of settling it conclusively, using my own opinion, and I was astonished by what I found. As you know, we are all required to eat a “kezayis” (lit: the size of an olive) of matzoh. But how much is a “kezayis“? Obviously olives in the time of the Torah were not the size of today’s puny olives! To determine the exact size of Torah olives, I went to the verse, “A Land of wheat, barley and wine, pomegranate, a Land of olive oil and honey”.

It occurred to me that this posuk lists the seven species IN SIZE ORDER! The posuk starts with the tiny grains are wheat and oats, continues with the slightly larger grape, and then the even larger fig, whatever that is. Thus, the size of an olive comes out to be somewhere between that of a pomegranate and that of a large jar of honey. Being that achilas matzoh is a mitzvoh me’dioreysah, (a commandment from the Torah) we must be machmir (stringent) by using the size of the jar of honey.

After checking with officials at the Golden Blossom company, it turns out that the largest jar of honey sold commercially is 32 oz. So, by taking into account the amount of flour that fits into a 32 oz. jar, we come up with the shiur kezayis as being 4.7 round matzohs, or 6.4 square matzohs. Please remember that this matzoh must be consumed within the allowed time of 5 minutes!

Note: There are many brands of Shmureh Matzoh, (matzos which are watched that no water comes near them) on the market, most of which I would no sooner eat than I would a product certified by the Pentagon-K. People who are serious about shmiras ha’mitzvos (the observance of the mitzvos) should purchase Shmureh Matzoh only from my brother-in-law, Yonkie.

Yonkie’s Yiddishe Matzohs are BOTH hand AND machine made – l’chol ha’dayos (to all opinions) – and are Glatt Kosher l’mehadrin min hamehadrin min hamehadin (impressively strictly kosher). Prices start at tzvontzik tullar a pound, which,  for those of you who don’t speak Yiddish, translates to $20 a pound.

Water contains many microorganisms (including copeds) which, according to many poskim, fall under the category of shrotzim (creepy crawly insects). While this does not present a specific problem for Pesach, it can be a problem all year round. I recommend using micro-bodek bottled water – guaranteed organism-free.

In addition to the problem of water containing microorganisms (see #5), soda has the additional problem of containing bubbles, thus creating the possibility that it will be confused with beer, which is, of course, chometz mamish (mamish, this a word that means “really”, but used to give impress people that you really know what you are talking about). Some rabbis permit the use of soda on Peisach, though I personally wouldn’t eat in any of their homes.

On the subject of soda, let me quote an excerpt from the popular sequel to “Shmiras Shabbos K’Hilsosoh“, “Smiras Peisach K’Hilsoso“: “While use of soda and other carbonated beverages are permitted on Pesach, it is nonetheless desired to refrain from drinking them. In fact, it is generally desired to refrain from ALL forms of permissible activity throughout the year, lest halacha not be seen as sufficiently burdensome and unpleasant.” It would also seem to me that such a prohibition would extend to any food that could possibly be confused with a chometzdike item, not to mention all the those products that are “Pesachdik” versions of things that only a goy would eat on Pesach, such as “Pesach” noodles, “Pesach” pancake mix, and “Pesach” muffins. Such products should be scrupulously avoided!

As to whether such products can be fed to dog on Pesach, consult your local halachik authority.

The question has come about whether a family where the wife doesn’t wear a sheital (an exclusive and expensive hair covering that must cost in excess of $1,000 ), or whose kids learn at a co-ed school, chas v’sholom, can be considered goyim for purposes of Mechiras Chometz (selling chometz to a non Jew), The “Makos Mardus“, Rabbis Yechiel Getzel Grunblatt of Flatbush, deals with this question in his best-selling book on Pesach “VaYichan Sham Neged HaHar: Spending Pesach in the Mountains”:

“Whereas many “Jewish” families are considered by frume yidden (ultra orthodox extremists) to be goyim, l’chatchila, (non Jews) it’s better to sell your chometz to a true church-going duch gatribene goy. However, one may keep such people in mind when reciting the brochoh “shelo osani goy.”

This concludes our issues for Pesach. Please look for upcoming halachah bulletin’s dealing with following issues:

Wearing light-colored suits during the summer – ussur or menuval birshus haTorah – Has your wall-to-wall carpeting been shatnez tested?

← A Historical Replay
Man in the Technological Age: One Rationale Behind Machine Matzahs over Hand-Shmurah Matzahs →