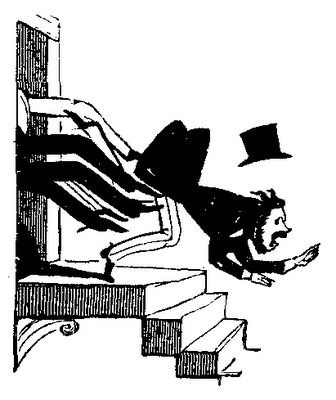 In this past weeks’ Parsha we read about Yaakov leaving Be’er Sheva and left to Charan. According to the Gemara (Megillah 17a), Yaakov spent 14 years in Yeshivas Shem V’Ever. Rabbeinu Artscroll explains in the Stone Chumash that, the Torah that Yaakov learned there that he couldn’t from Yitzchak was in how to deal with the outside world. Yaakov before was living/learning Torah in a sheltered environment. Therefore, in order to survive the ordeal with Lavan, he needed as much spiritual preparation as possible. Shem and Ever were perfect teachers: Shem lived in the Dor Hamabul (the Generation of the Flood), and Ever lived in the Dor Haflaga (the generation where the people built the Tower of Babel). They knew a thing or two about living in societies where the majority of people were wicked.

I’d like to add some more commentary to this insight. The Zohar HaKadosh states that Yitzchak represented Din (judgement), and Avraham represented Rachamim (mercy). A judge needs to use cold logic when determining a case. Sometimes that logic can be sweetened by compassion, but logic is first and foremost central in issuing judgement. In Yitzchak’s “Yeshiva,” both Yaakov and Esav were able to participate, with Esav actually outshining Yaakov in that department. In fact, according to a Midrash, Esav was “Tzayid Befiv” with his father Yitzchak by asking him above-and-beyond questions like “how to give Ma’aser on rice.” This caused Yitzchak to love Esav more than Yaakov because Esav appealed more to his intellect. In a way, this partially explains Yitzchak’s blindness at age 80 since “justice is blind.” Gd forbid Yitzchak should see Esav’s wives practicing idol worship and allow for emotion to cause Yitzchak to lose favor with his favorite son! The fact is that the smartest student of Yitzchak’s yeshiva left and did unimaginable things afterward (after Vayigdalu Hanearim…).

Yaakov had all the logical ammo he needed from Yitzchak. He now needed emotional, spiritual ammo which was to be received from elsewhere. This was where Shem and Ever came in. Lavan’s, the Dor Hamabul’s, and the Dor Haflaga’s societies had one thing in common: they were societies built on logic. Through logic, you can choose to either be good or evil. The difference-maker is what you know, deep in your heart, what’s right and wrong. One needs to try combining logic and emotion to ultimately be a good person and emerge from a corrupt, “logical” society that differs from Torah values unscathed.

An Example of a Society Primarily Built on Logic

One example of a society built purely on logic is the USA, by far one of the greatest and most wonderful countries for Jews to live in the history of our 2,000 year exile. Recently, a group of Rabbis were caught in a sting operation while freeing an Agunah (a woman in marital limbo) from her husband who divorced her civilly, but refused to give her a Get (a Jewish religious bill or divorce). Bottom-line, without a Get, a Jewish woman cannot remarry. Jewish law protects women so much to the point where if need be, physically abusive measures may be taken until the man accedes to giving her the Get. This was where the tazers and Karate punches/kicks came in. The Agunah woman hired these Rabbis to get her a Get through whatever means possible. U.S. society cannot understand that and instead, calls these Rabbis “goons” without hearing the background. This is one example where Jewish and secular values differ as in the U.S., kidnapping of any kind isn’t permitted, for better or worse. From there, the woman would need to remain a loner for the rest of her life!

As a side note, perhaps less restrictive measures need to be taken that can make the husband’s life as miserable as possible without doing anything illegal in the name of Dina D’Malchusa Dina. I remember once seeing a Dragons Den Canada episode (season 6 or 7) where a rather unscrupulous looking fellow came in and offered his pitch, which was to be “for-hire” and legally make other people’s lives as miserable as possible by laying poop on someone’s lawn (can’t find it online), screaming out at someone in public vis-a-vis loudspeaker, etc. Perhaps these Rabbis can take a lesson from here, though use something a little less embarrassing (as that’s actually worse). Until the two sets of values work together in harmony, there will always be this conflict.

One Possible Reason Why Yeshiva Guys Go Off the Derech

Time and again, I have seen too many people go “off the derech.” Let me first preface that there are many, many reasons behind it. In many cases, it has to do with family. In some cases it has to do with “that one Rebbi.” In some cases it has to do with being disillusioned, thinking that Judaism promises one thing and then does another, and in some, that person feels as if he doesn’t fit the “cookie cutter” description of a religious Jew. Whatever the reasons are, I do know that many Yeshivas contribute to ones cynical worldview of frumkeit, to put it mildly.

I partially blame the entire Yeshiva system we have today. Today, too many Yeshivas focus on developing the mind and not the heart. In these schools, way too many Esavs thrive and are shown favoritism, only to throw everything away once they leave and do things as if they never went to Yeshiva. I’ve seen this personally. Too many Esavs are loved and too many Yaakovs are ignored, with the assumption that these Yaakovs will remain “simple” and never amount to much! These Yaakovs, instead of being encouraged to do more, are rather treated like pariahs. They are told to focus in little things like “you’re late again,” “get out of my classroom,” “you are very close to being expelled,” “you got an A? What, you took smart pills?,” etc. Invariably, the exact opposite occurs. What’s more is when Yeshiva administrators don’t want to take responsibility and try to pawn these Yaakovs off on other professionals which only serve to harm the psyche of one with so much potential!

This may sound oversimplistic, but the fact of the matter is, free will is heavily influenced by ones emotions. In the end, if one doesn’t “want” to be bound by Torah and Mitzvos then one won’t, plain and simple. These Yeshiva systems need to take a lesson from Shem and Ever in teaching how to “want” to observe Torah and Mitzvos even when our society imposes very different values on us.

← Public Alert: Another scam is on the way
Public Beware! →