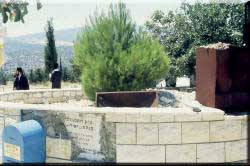 Rebbi Pinchas ben Yair was the son in law of Rebbi Shimon bar Yochai. The gemorah (Chulin 7) tells that he was extremely careful never to partake from someone else’s meal. He also refused to accept support from others.

He was once on his way to redeem a captured prisoner (piyon shevuyim) -one of the most important mitzvos-when he reached the Ginnai River. He asked the river to please split so that he could cross to the other side. After it had split for him, he then asked it to split twice more so that two others that he met would also be able to get across, and the river obeyed his command.

Hearing this, Rebbi Yossi remarked, “He is even greater then Moshe, for whom the sea split only once”.

When Rabbeinu Hakodosh heard that Rebbi Pinchas was passing by, he pleaded with him to be his guest and join him for a meal. Reluctantly Rebbi Pinchus agreed and Rebbi was very happy. However Rebbi Pinchas told Rebbi that he was on his way to do an important mitzvah and he would therefore stop by on his way back. Upon returning, he noticed a wild white mule in front of Rebbi’s house and therefore refused to enter despite Rebbi’s pleas and promises to get rid of it. He felt that such an animal may not be kept, since it can cause great damage to others. 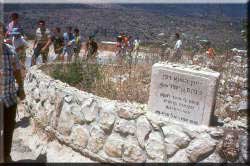 When his students once asked him if they would also be able to decree that the water should split on their behalf, he told them that it would work only if they are sure that they never hurt another persons feelings or harmed a person in any other way during their entire life. (Yerushalmi)

He was convinced that every problem that occurred is on account of not fulfilling the mitzvos properly.

On another occasion, when the people complained to him that their wells weren’t supplying them with enough water, he told them that this was a punishment for not fulfilling the mitzvos of trumos and ma’aseros. As soon as they began doing these mitzvos properly, their water supply reached its proper level.

He lies buried at the bottom of the hill in Tzfas. There is a minhag to circle his grave seven times.

The Talmud Bavli  (Chulin daf 7) tells the famous story of the donkey of R’ Pinchas ben Yair that would not eat dmai. The gemara asks: We learned in the Mishna (Dmai 1:3) that animal food is exempt from dmai — why would the donkey not eat? The gemara answers that the food was purchased fo human consumption and was therefore obligated to be treated as dmai. Only food originally set aside for use as animal food is exempt.
The Yerushalmi gives a different answer (Dmai 1:3; 4a in the Vilna edition). According to the Yerushalmi, R’ Pinchas ben Yair said, “What do you want from me — my donkey is a frummie.”

Moral of the story: one can be a frummie and still be a donkey.

The above story came from the following blog: http://divreichaim.blogspot.ca/2011/07/r-pinchas-ben-yairs-donkey.html