Every missile fired and every tunnel burrowed by Hamas represents an investment in targeting Israel rather than building Palestine. 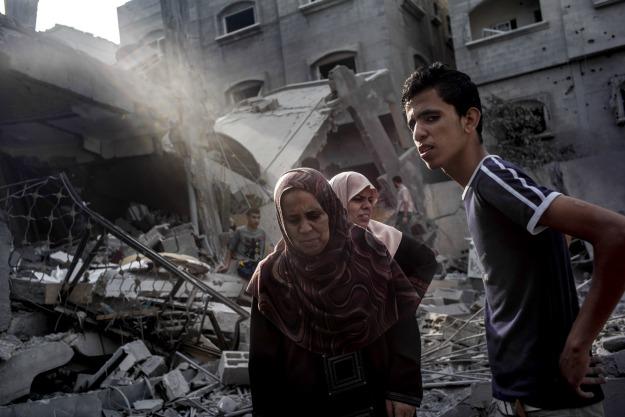 Two months ago, world leaders worried about the more than 200 kidnapped Nigerian schoolgirls. Since then, a more outrageous mass crime has occurred in the Middle East. The radical totalitarian group Hamas is holding nearly 700,000 Gazan children, another 900,000 adults — and much of the world — hostage, with lethal results.

Nine years ago, Israel withdrew from the Gaza Strip. A constructive nationalist movement could have built a viable Palestinian state on Gaza’s beautiful seacoast. The world was ready to shower Palestinian pioneers with billions in aid (and did, even as Palestinian extremists chose to develop crude weapons, not their coastline).

American Jewish philanthropists alone donated $14 million to purchase Israel’s Gazan greenhouses to share with the Palestinians. The agricultural techniques Israelis developed — often working with Palestinians — cultivating Gaza’s natural assets could have made Gaza the Palestinian Riviera. Had this experiment in Gaza nation-building succeeded, it could have encouraged a peaceful transition toward an independent West Bank state.

Instead, claiming that not one inch of Palestinian land is free until all of it is freed, which means destroying Israel within pre-1948 borders, blinded by the totalitarian, anti-Semitic, anti-Zionist Islamist ideology articulated in Hamas’s charter and celebrated in mainstream Palestinian political culture and street culture, Palestinian extremists trashed the greenhouses within hours of receiving them. By 2007 Gaza had degenerated into Hamasistan, an Islamist thugocracy. Since then, Hamas has developed Kassam rockets and engineered sophisticated tunnels to smuggle weaponry from Egypt and cross Israel’s borders with killing squads. Every missile fired and every tunnel burrowed represents an investment in targeting Israel rather than building Palestine, hurting Arabs and Jews alike.

Gaza’s children are suffering. Nevertheless, after absorbing thousands of rockets launched from territory it voluntarily relinquished, Israel has again reluctantly but legitimately exercised its right of self-defence, a state’s first and most basic commitment to its citizens.

Rather than being condemned, Israel deserves praise for demonstrating such patience over the years, and for repeatedly relinquishing the element of surprise while risking Israeli lives to minimize Palestinian casualties — which nevertheless are mounting. Videos have shown Israelis aborting missions to avoid civilians, while Hamas gleefully and deliberately targets Israeli civilians.

By putting their own people in harm’s way, with terrorists cowering in tunnels while forcing kids to stay in their houses as human shields, Hamas’s manipulative propagandists are toying with the world’s emotions. Many have swallowed the Palestinians’ occupation preoccupation, believing the Big Lie that Hamas is menacing neighbouring civilians because Gaza remains “occupied,” rather than blaming totalitarian Hamas for repeatedly violating recognized boundaries and international law.

Headlines just focusing on the Palestinian body count — as if that is a war’s only parameter, as if Israel is to blame for protecting its citizens by building shelters and anti-missile systems — recruits good people who don’t pay attention to faraway conflicts to the Palestinian side, not understanding just how much Hamas sacrifices its own people to inflame world opinion.

Calls for “proportionality” have become a red herring, shorthand for challenging Israel’s right to self-defence. A democracy resorting to arms has a moral obligation to its own citizens and its soldiers to fight aggressively to defend the home front and minimize the risks to its own citizen-soldiers.

In this context, blaming Benjamin Netanyahu for the failure of a two-state solution is calling the firefighter an arsonist. Israelis are debating democratically — which, yes, often involves shouting — about what to do with the territories it won legitimately in 1967. Some want to keep the land permanently because of historic Jewish claims there, which are legitimate, just like the historic Palestinian claims to the same land. Some want to leave immediately, regardless of the consequences. Since the 1990s, most Israelis are torn, open to dramatic withdrawals as long as the move brings peace rather than the dangers the Gaza withdrawal worsened.

Netanyahu has acknowledged Palestinians’ desires for a state — a dramatic contrast to Hamas’s exterminationist rhetoric. One cannot read Netanyahu’s latest worries about creating a sovereign Palestinian state in the West Bank without acknowledging the thousands of rocket attacks, the millions menaced, the thousands killed and the decades of cries to destroy “the Jews,” not just Israel. He would be criminally irresponsible if he ignored the constant threats, the refusal to accept a Jewish state, the culture of demonization that teaches Palestinian children to hate and worships terrorists as martyrs.

Ultimately, then, the people most resistant to being held hostage by Hamas manipulations are those Hamas has targeted most directly — Israelis. Israelis, from right to left, are remarkably united on four major points: condemning the murders of the three Jewish teenagers and the Palestinian teenager; repudiating revenge killings against Arabs; denouncing Hamas; and supporting the IDF’s moves. The broad consensus in this often-fractious country, amid all the complexities, reveals Israelis’ moral clarity regarding who is to blame and what must be done.

Gil Troy is professor of History at McGill University and the author of eight books on U.S. History, including, most recently, Moynihan’s Moment: America’s Fight against Zionism as Racism.