If the cease-fire holds, and that is a big if, the results of the 50-day war in Gaza will mark an important and impressive achievement for Israel.

Hamas was forced to accept Egyptian and Israeli dictates. Hamas crawled to the cease-fire. One should not be impressed by the well-organized victory festivities in Gaza.

Most of Hamas’s demands and preconditions were rejected from the outset. The cease-fire is unlimited in time and Hamas was not promised anything except that which had been offered at the start of the military campaign.

Full of itself and arrogant, it miscalculated. If Hamas had not rejected the offers, Israel would not have launched a ground incursion. Hamas’s 32 attacking tunnels would not have been destroyed. Its rockets and mortar shells wouldn’t be reduced to a residual arsenal of one-third – from 10,000 to approximately 2,000. And most importantly, parts of Gaza wouldn’t have been destroyed.

Unfortunately, Gaza has been set back decades. More than 5,000 houses were destroyed. Another 1,000 were damaged and on the verge of collapse. Gaza has been suffering water and electricity shortages.

Three-hundred thousand residents – 15 percent of its population – turned into homeless refugees within the boundaries of the small enclave, which was already mostly one big refugee camp.

Anger, despair and frustration are ruling the day in Gaza. Surely people will not go to protest in the streets. Hamas has established a reign of fear and terror.

Hamas’s highly publicized executions during the war, and in particular last week, of alleged traitors were not aimed at unveiling and disrupting Israeli intelligence operations. They were aimed at sending a clear message to the Gazans: We are Hamas and we are here to stay. Don’t dare revolt against us.

But the locals have a long memory. They will remember who brought them the calamity.

In a sense, the Gaza war is reminiscent of what happened during the Second Lebanon War in 2006. Hezbollah was defeated. Its secretary-general admitted it in public. But then he heard Israeli defense commentators who criticized the war’s conduct by then-prime minister Ehud Olmert’s government. That made the Hezbollah leader regain his self-confidence.

Hassan Nasrallah told himself that if stupid Israel thought that it was defeated, so let it be – and he declared his false victory.

Eight years later, it is quite clear that “the Second Lebanon War” brought Israel significant gains at the strategic level. Northern Israel has enjoyed peace and tranquility. Hezbollah is deterred and doesn’t dare to initiate violent and aggressive actions against the Jewish state. Nasrallah himself is in hiding, fearing for his life.

As then, some of the veteran commentators in the 2006 war coverage now express the same criticism with the same weeping voices, claiming that Hamas defeated Israel.

Sooner or later it will emerge that as against Hezbollah, Israel will deter Hamas too.

As in the Second Lebanon War, the military campaign in Gaza unmasked some IDF tactical failures and gains for Hamas. The Islamist movement showed determination, and its combatants proved to be capable guerrilla fighters with some daring and innovative operations.

They stood up for 50 days against the mighty Israeli war machine. They paralyzed Israel’s international airport for two days. Israel’s economy took a relative hit. They tried to infiltrate in commando operations from the sea and the tunnels. But in most cases they failed and achieved nothing significant.

The bottom line is that Hamas failed to reach its strategic goals. Israel showed determination and except for some anti-war demonstrations, the Israeli home front was stubborn and did not break down. 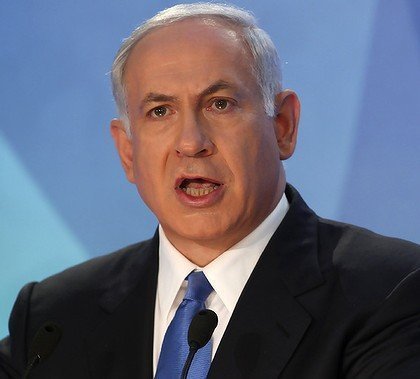 The real index with which to check Israel’s gains is against the war’s declared aims. The leading trio – Prime Minister Benjamin Netanyahu, Defense Minister Moshe Ya’alon and Chief of Staff Lt.-Gen. Benny Gantz – who have shown reason and self-restraint in order to avoid more casualties, were determined not to surrender to populist voices, including from their cabinet colleagues who pulled out long knives to stab them in the back and demanded to “smash Hamas.” Netanyahu, Ya’alon and Gantz decided neither to occupy Gaza nor to topple the Hamas regime.

Having said all that, much depends on the cease-fire being honored.

Even if it is respected, there is a need to leverage the blows inflicted on Hamas into a brave and breakthrough move to increase the chances of a serious and genuine negotiation with the Palestinian Authority. The aim should be a deal over the West Bank.

Only then will it be possible to talk about the strategic victory of Israel and Zionist history. But such a step is under a heavy cloud of doubt. Can Netanyahu show the same willpower and determination he manifested in war to make peace?

← Fears Grow for Fate of Missing Yeshiva Student Aaron Sofer
ZARA Apologizes for Yellow Star Shirts, Claims that they Will Be ‘Exterminated →