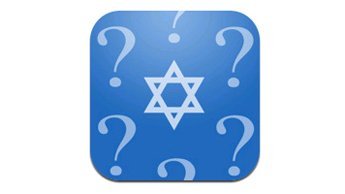 1. No Pork or Shellfish

There are now rational approaches to eating Kosher, but not long ago Kashrus was considered antiquated and applicable to a certain place and time. Now non-Jews clamor for Kosher products. go figure.

Not marrying a Goy or Shiksa is important if you want to pass on your Judaism, let along Jewish heritage. A non-Jewish woman destroys the chain completely, which while to non-religious Jews is deemed offensive, is ironically appreciated in non-Jewish circles as being one of the female-dominated aspects to the Jewish religion whereas the popular view is that it’s male-dominated. For many non-religious children of non-religious parents, they cannot understand why marrying a Jew is so important.

3. No Turning on the Light on Shabbos

Turning on the light not only serves as a source of ignition that’s akin to fire, but there also is that faint reminder of “Boneh,” building and “Soter,” destroying as when turning on/off a switch you are completing/destroying the circut that lets electricity flow.

Nothing like missing your spouse for 2 weeks. Actually there are some deep roots to this one. Practically, it allows the couple to talk things out without being clouded by emotion, which serves to strengthen a marriage. Also, the period of absence enhances the time when both are allowed to touch each other eventually. Spiritually, it’s akin to mixing life and death. Procreation is by nature life-giving and the blood is getting rid of the lining of the uterus, representing death. Similarly with mixing milk and meat: milk represents life as it sustains life. Pieces of meat from a dead animal represent death. Just some food (no pun intended) for thought.

5. Don’t Walk into a Church

Let’s see: a) Me’Aras Ayin (causing others to assume the worst about you), and b) the priests may convert you. Don’t think otherwise: they want everyone to be “saved.”

This was done all in the name of Me’Aras Ayin  since you might just buy that cheeseburger alongside your coffee or right after you use the restroom. 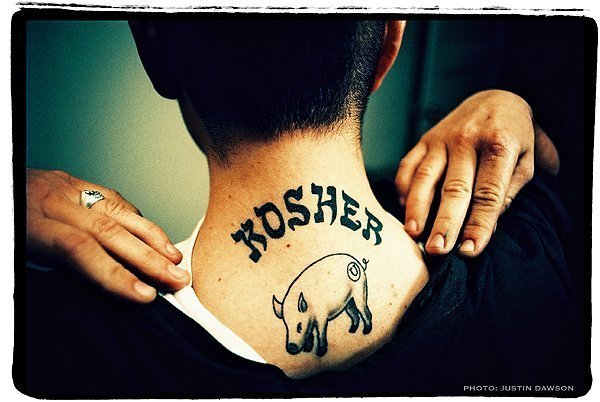 A WAY TO CONNECT Ari Bacharach uses a tattoo as an ironic statement about his Jewish identity. Photo: Justin Dawson – New York Times

The underlying reason is that Jews are not allowed to emulate Gentiles that would do so for Avodah Zara (idol worship) purposes. Remember, in ancient times nations would tattoo themselves for religious/ritualistic purposes to serve their gods. Today that has been extended in that Gd gave us a body so we should return it to Him in the best perfect condition. There are actually a few good reasons to not wear a tattoo. Oh, and the not-being-buried-in-a-Jewish-cemetery part is a myth. Otherwise, all the Holocaust survivors that ended up with numbers forcibly tattooed on their arms wouldn’t be buried in Jewish cemeteries, whether it was forcibly put on or not. It was more so as a source of discouragement to get young people to not wear tattoos. Just saying.

8. No Shaving With a Razor

This was also done in order to not emulate the Gentiles. In ancient times they used to shave with a razor for Avodah Zara reasons. Now there is a part of not shaving off the roots of five points of the beard, etc. Today some people have adhered to the Kosher Shaver to avoid lifting and cutting, thereby not “destroying” the beard. Others have avoided shaving altogether as it’s not Kabbalistically correct. The top hair represents Ga’avah (haughtiness), the facial hair represents Anavah (humility) and each beard strand represents a “spark of light.”

Interestingly Italian Jews – big Rabbis and Mekubalim included – shaved, albeit not with a razor as they have a reliable tradition that “destroying” refers to a “single blade” razor (Rabbi Samson Morpurgo). R’  Morpurgo goes on to state, that anyone who says otherwise is arguing on the truth and it is almost as if he is saying אין תורה מן השמים! Food for thought.