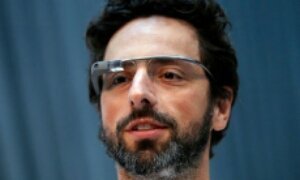 In a historic development, Google confounder Sergey Brin has announced that any users of the iPhone will be deemed pasul b’eidus, invalid for future validity as witnesses in any court of law, let alone Jewish, have their Google wallets snatched, and their first born child taken, Letz Get Tech reports. Only Android users would be immune to this ban.

Noting that R’ Shteinman previously declared iPhone users pasul, only preceded by R’ Kanievsky, and R’ Wosner before him, Brin, of Jewish background, decided to leverage that platform without even knowing what the words “pasul b’eidus” really meant.

“Anything to get users away from the iPhone and onto Android is a huge plus for us, regardless of the language used,” Brin stated. “Judaism teaches one to not be a fool, and you have to be a fool to buy into a non-expandable phone with a closed operating system containing a mere 1 GB of RAM, all the while paying an arm and a leg.”