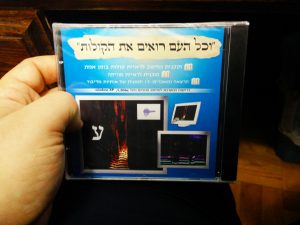 A little while back I mentioned how awesome it was that the Hebrew letters could be viewed as sound waves. Think about it: seeing the letters almost like our ancestors saw the letters! The best part is that the software CD is actually available for purchase (though it costs $20 by check) by R’ Yaakov Guggenheim (yakovgug@zahav.net.il) to work with. I just received it today by mail and am testing it out. Hodu LaShem!

The biggest bummers here are that:

a) You Actually Need the Original CD to Run It

The program just needs to detect a CD drive. If you make physical copies, it should run even if the copy is in DVD format (as opposed to CD). You can make an ISO image using a program like MagicISO or ISOCreator. However, making an ISO file out of it and then virtually mounting it won’t work, as I tried that already. It gave me an error that the original CD needed to be run.

b. It Requires an Intel Processor

You cannot run it on an AMD processor. I guess it’s just as well since Intel is made in Israel and if you buy a machine with Intel you’re supporting Jews.

c. You Need Windows XP for It to Work

I’m not kidding. My desktop computer runs Windows 7 64 bit (which is now old since there’s Windows 8.1, soon to be followed by Windows 10), however it wasn’t able to run the program. Kal V’Chomer (The case certainly applies to) on Macs with external CD drives or Android tablets that have no CD drive at all. What I ended up doing after considerable research was to install “Windows XP Mode” to run the program. It was here that I discovered that the original CD was required to run. Here is a screenshot: 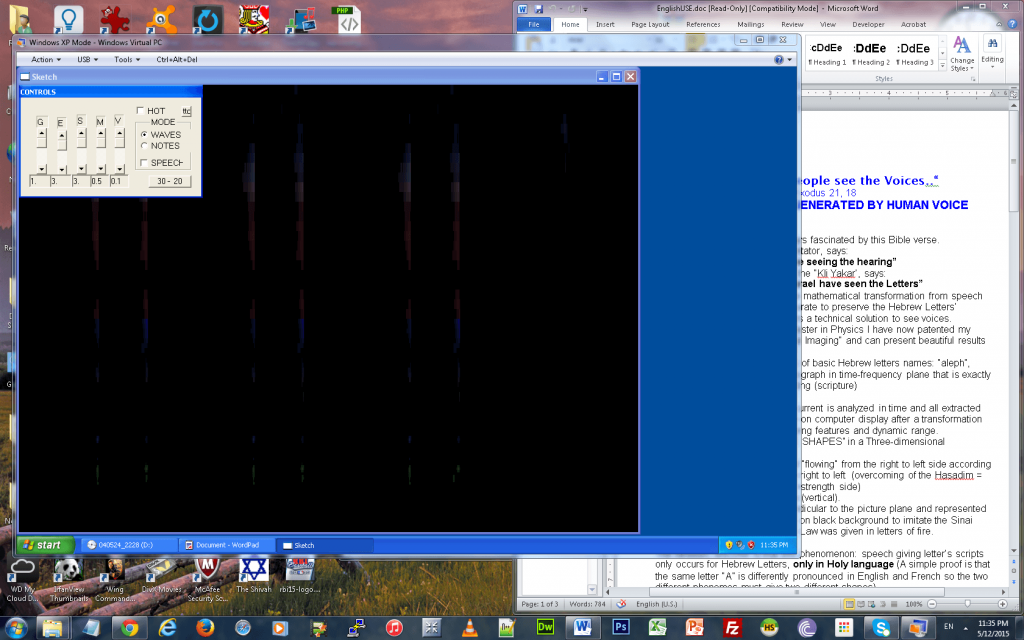 In short, it’s a complicated little program that was created during the dinosaur age of the internet, in 2004. It would seem to make sense to take the next step and make it available as a software license and perhaps try to develop it as an iPhone/Android app. The possibilities are endless. Nevertheless, it’s a fun thing to try out (I still haven’t perfected it – still need to read the documentation) considering it’s right around Shavuos time where we read about the Jews “seeing the sounds” and then getting the Aseres HaDibros (the Ten Statements).

You can contact R’ Guggenheim by the email above as well as by phone (I forgot the number – it’s in Zamir Cohen’s book the Coming Revolution).