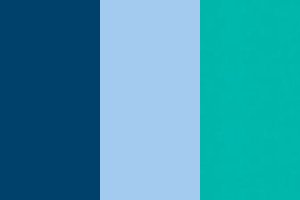 Preface: I personally am a big fan of techeiles being restored. Ptil Tekhelet has done a tremendous job in compiling the 100+ years worth of research and has made this wonderful Mitzvah available to us. I also want to express a huge Hakaras HaTov to Artscroll, Metsudah, Soncino et al for making holy texts more readily available to us.

Purim has come and gone and from it, a story of externalities and mundane events all somehow connecting in a way to show the divine hand involved in all of it. One item I’ve personally been interested in is techeiles. techeiles is a color mentioned in the Torah for various items including Tzitzis. Until recently the literal translation for techeiles has been “blue.” While in modern Hebrew the word for blue is “kachol,” it’s not a biblical Hebrew word and has more complicated origins.

With the relatively recent discoveries of sea-creature-based blue dye, not only have these discoveries been fiercely debated, but it appears that English textual translations have been changed as well. For the purposes of this post we will look at Tanach and Siddurim.

English text translations weren’t plentiful before Artscroll. Much of it was from mainly from Soncino.

In my humble opinion this is one of the best formats for Chumash and Rashi. In Tetzaveh and Shelach the translation for Tekhelet is blue. There is no question here. 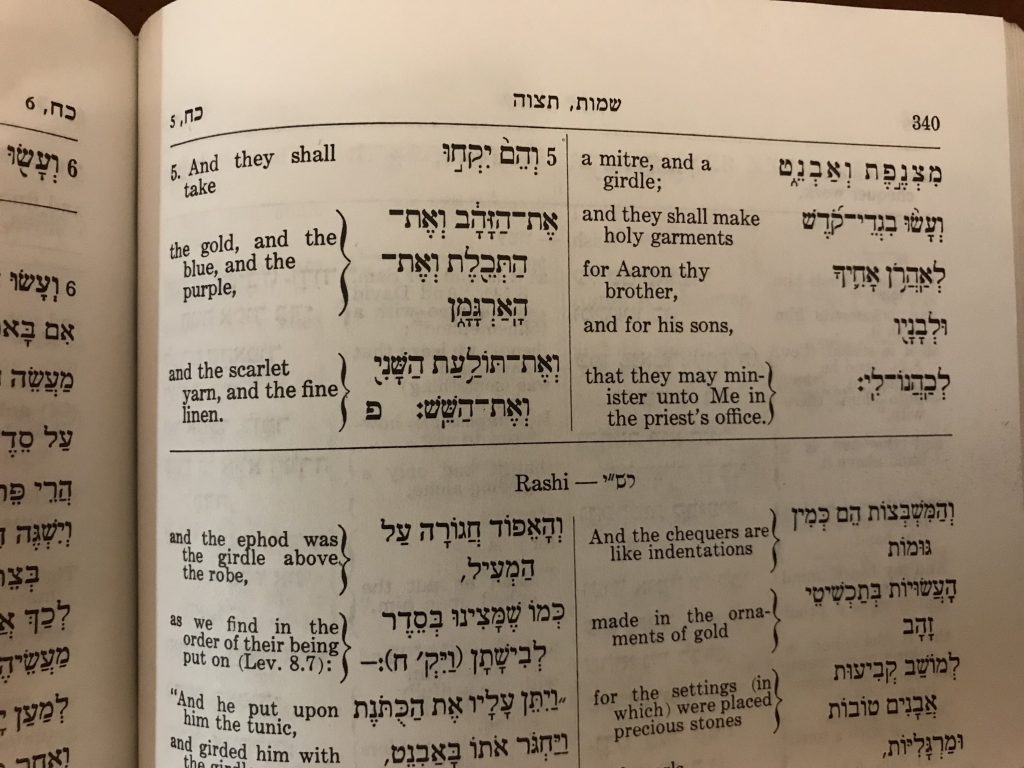 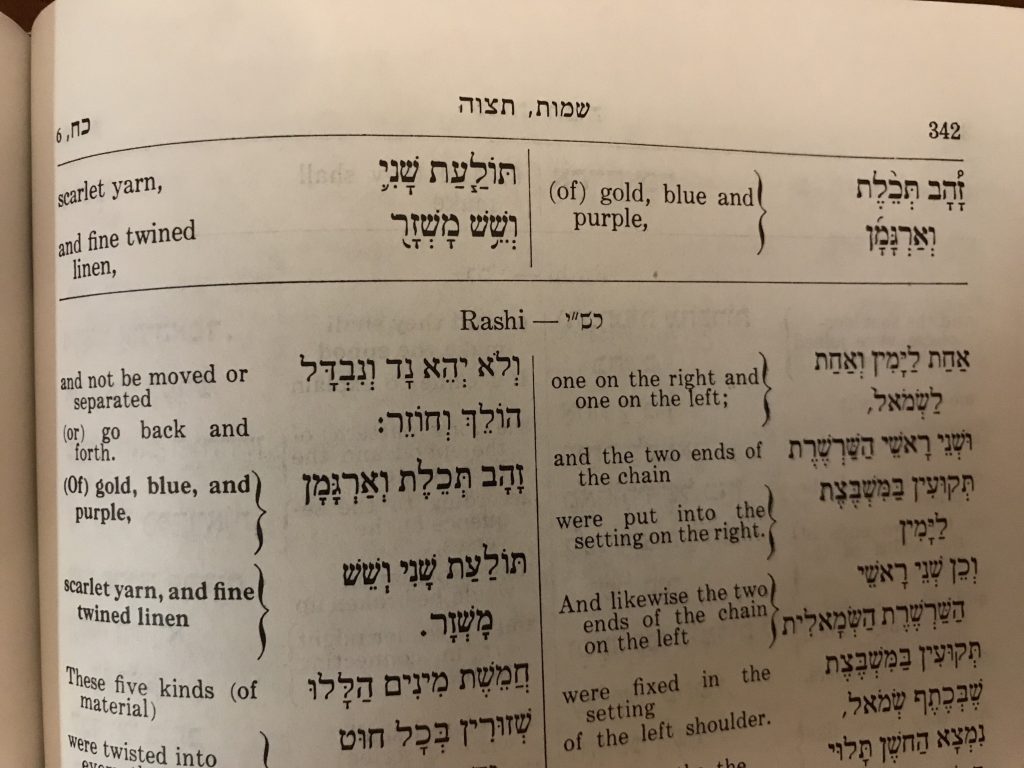 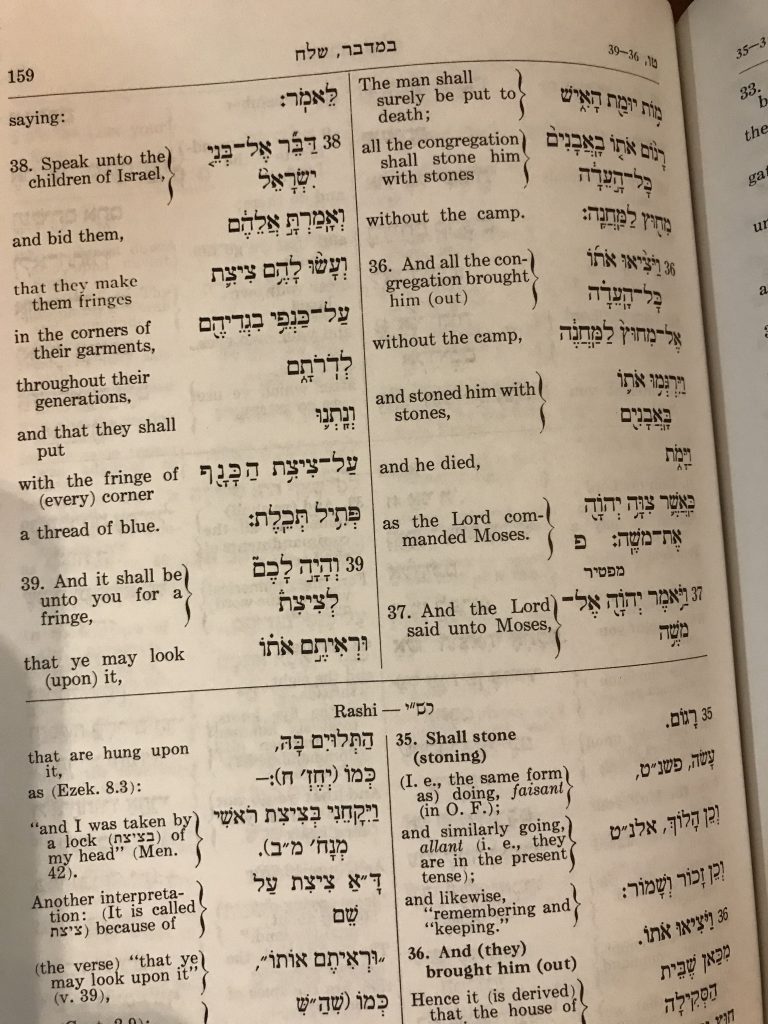 In the Soncino Five Megilloth, the one with techeiles is in Esther. Simply looking at the beginning of the Megillah shows the translation is simply blue. 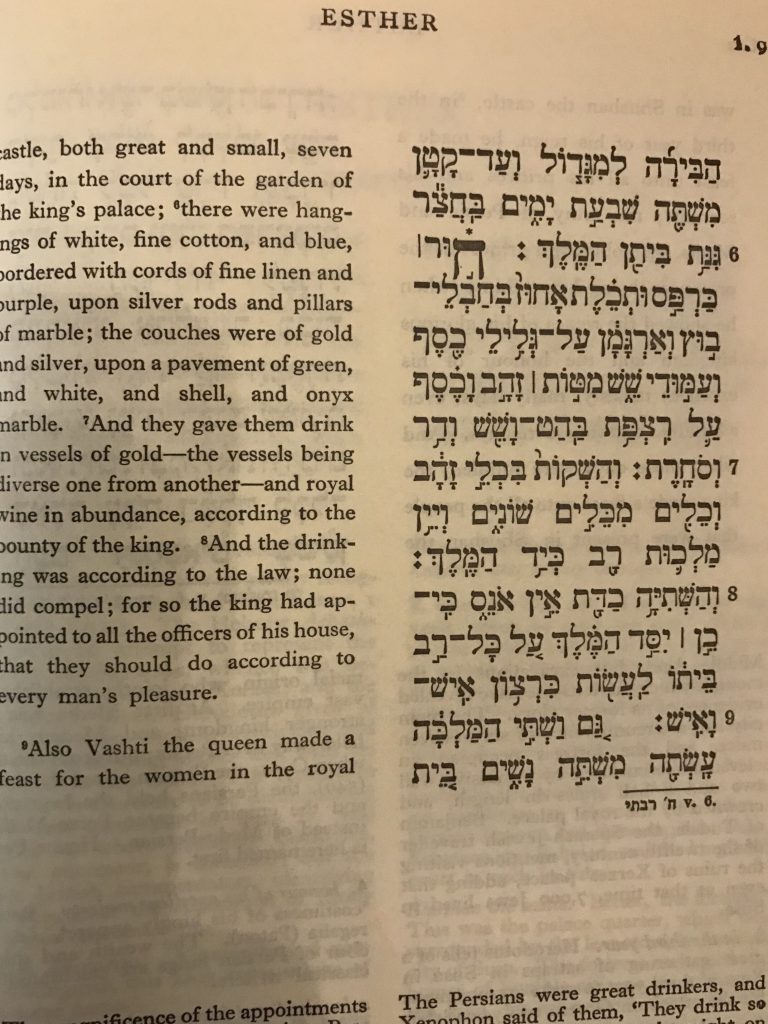 The Hertz Chumash also has techeiles as blue without any ambiguity. 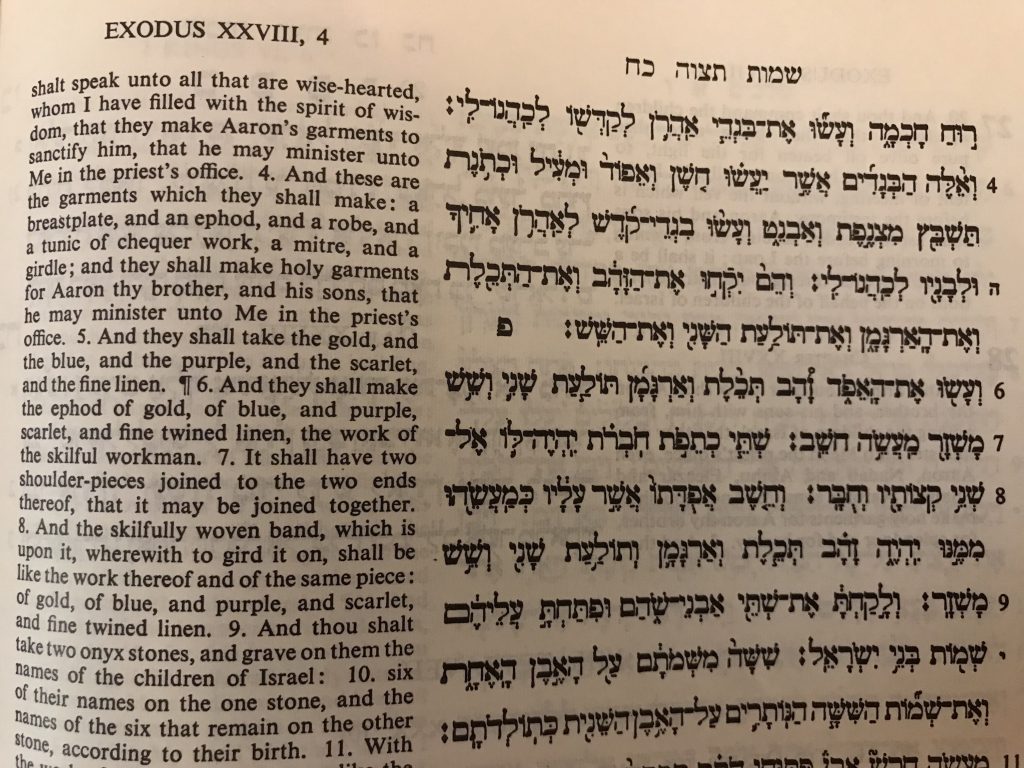 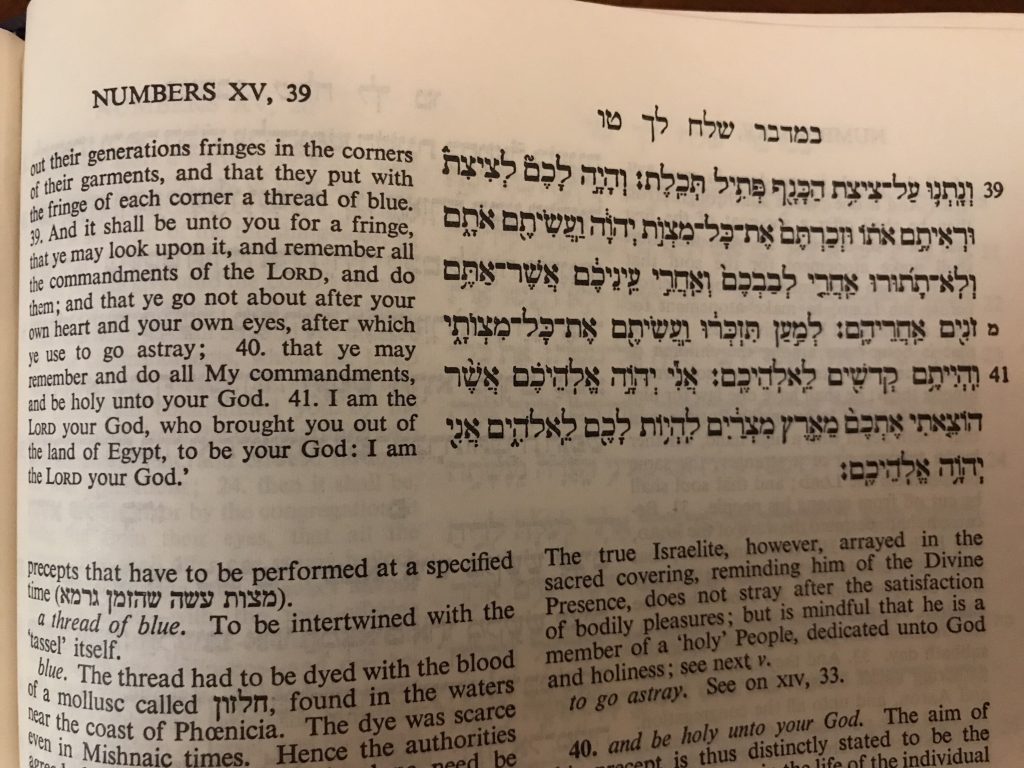 With the newer texts (especially Artscroll) the translation becomes a bit murky. One translation has it as sky blue and another has it as turquoise (possibly to resolve Rashi’s interpretation of it being Yarok – green). Let’s see.

With the Artscroll Siddur we can see that from the first edition, the translators interpreted it as sky blue in the comments of the Shema.

“Techeiles is sky-blue wool dyed with the secretion of an amphibian called chilazon. For many centuries the identity of the animal has been unknown. Even in the absence of the techeiles thread, however, the commandment of tzitzis remains binding (Menachos 38a).” 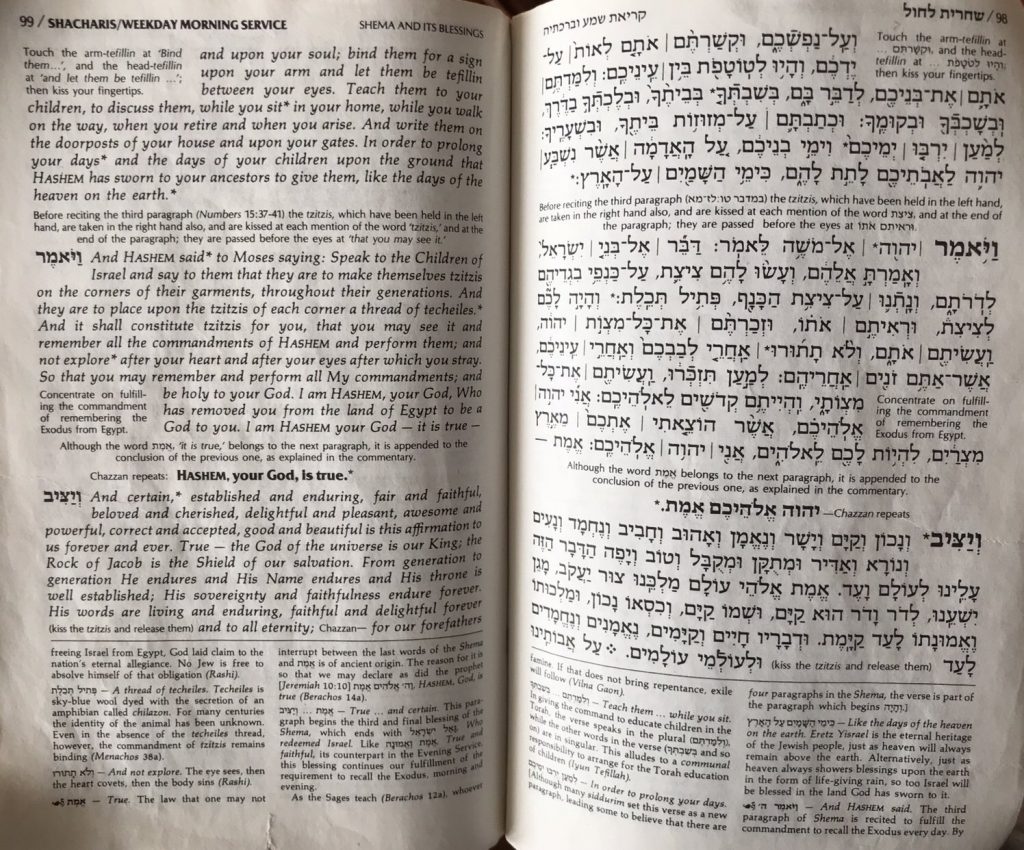 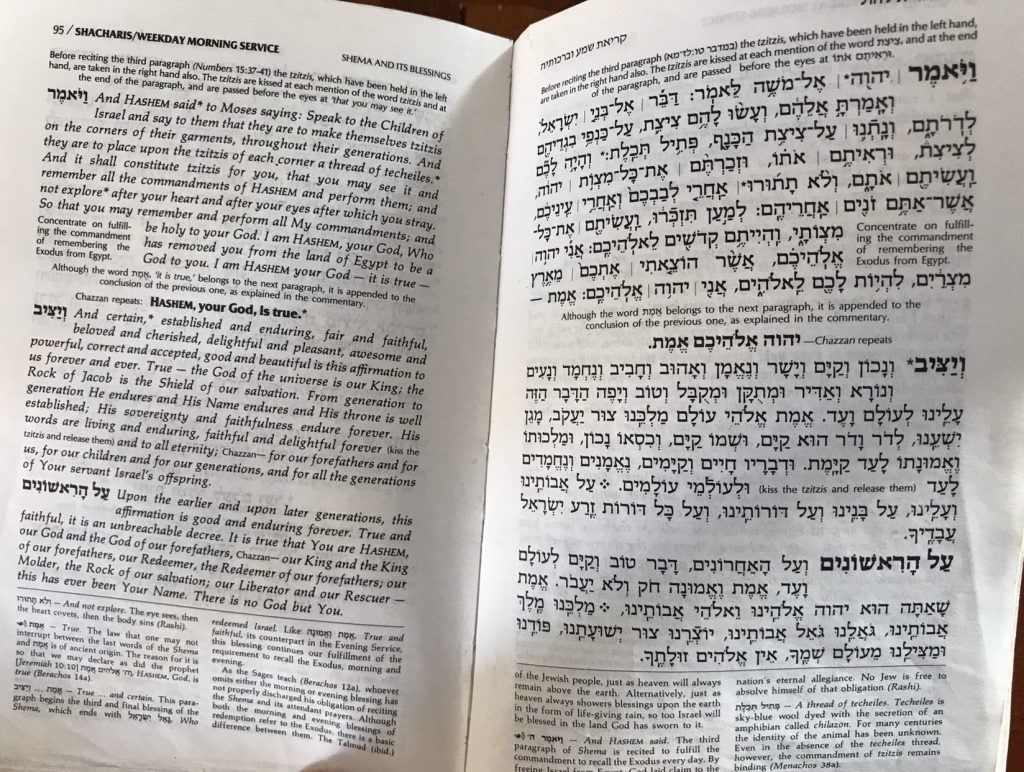 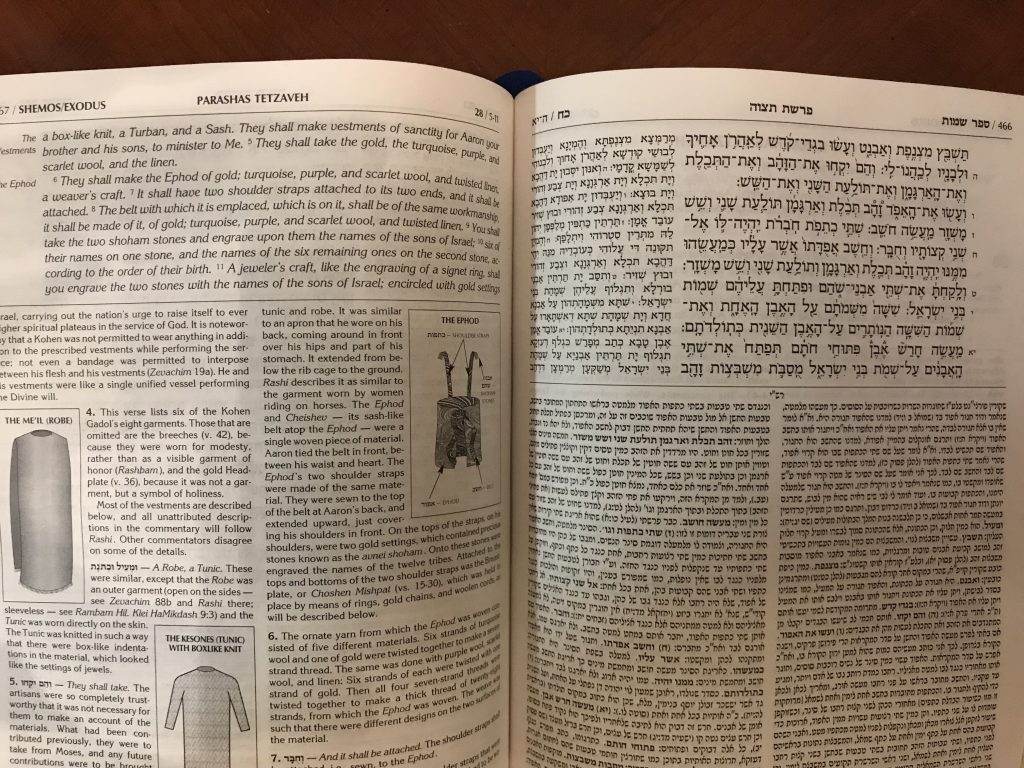 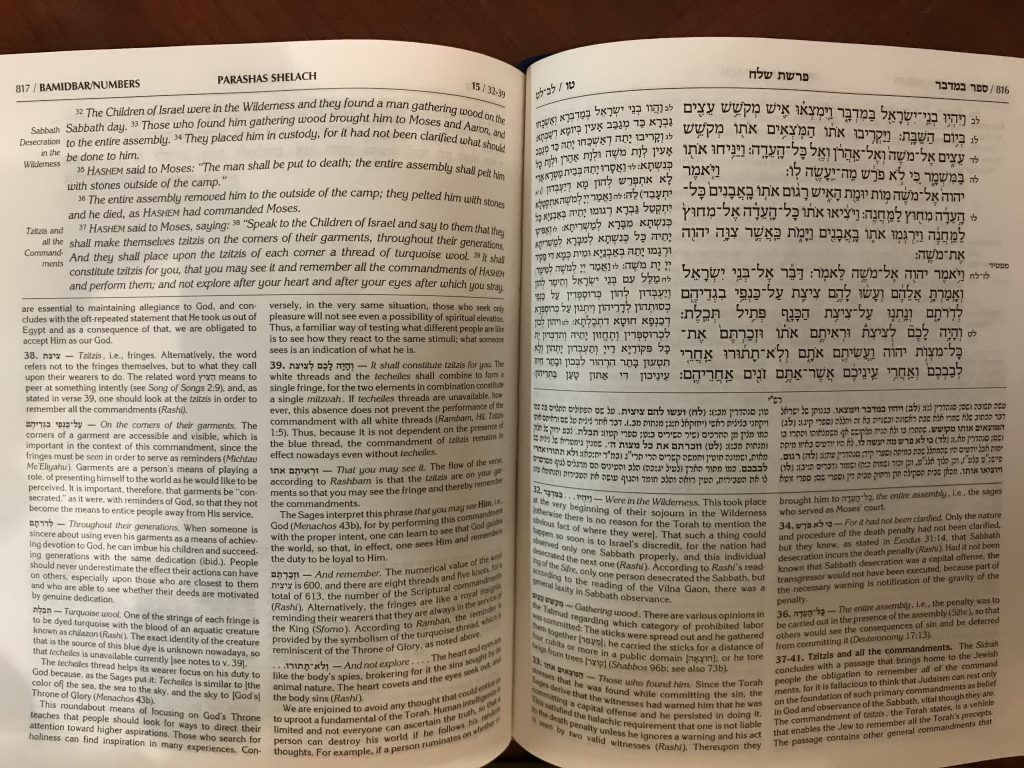 Below is the Megillah from the same Stone Chumash. Here techeiles is translated simply as “blue.” 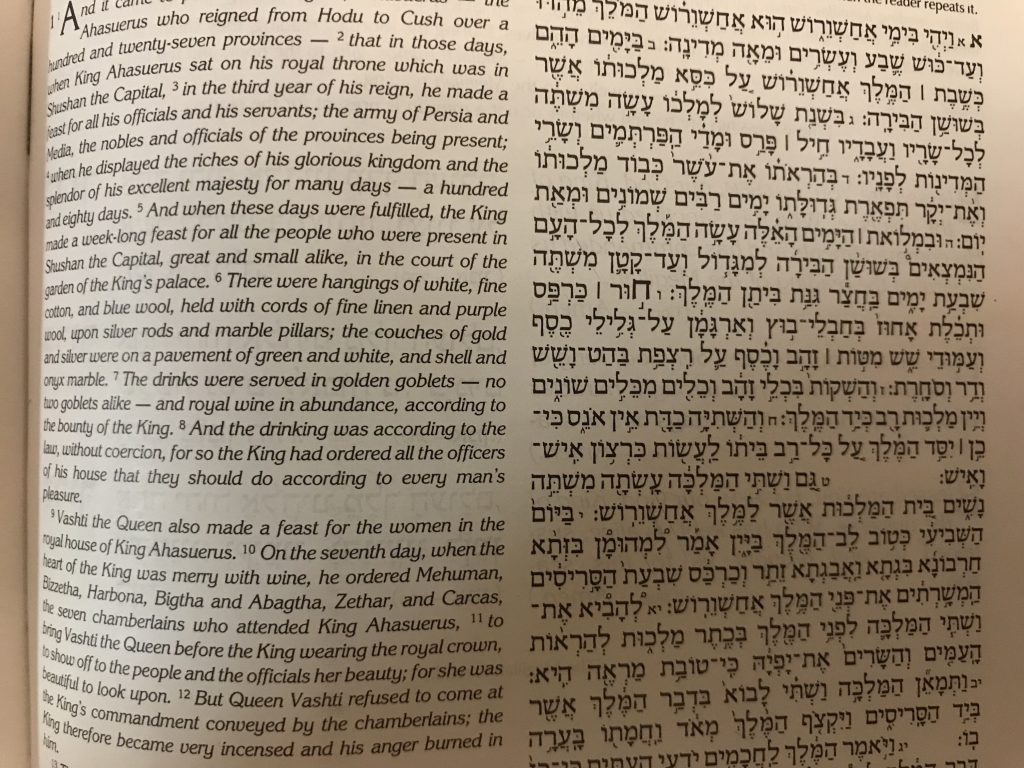 Purim and the Persian Empire (Feldheim)

Rabbi Yehuda Landy wrote a tremendous research book called Purim and the Persian Empire (highly recommended for the archaeologically curious). He even included a Megillah/translation in the back. R’ Landy translated it as aquamarine. 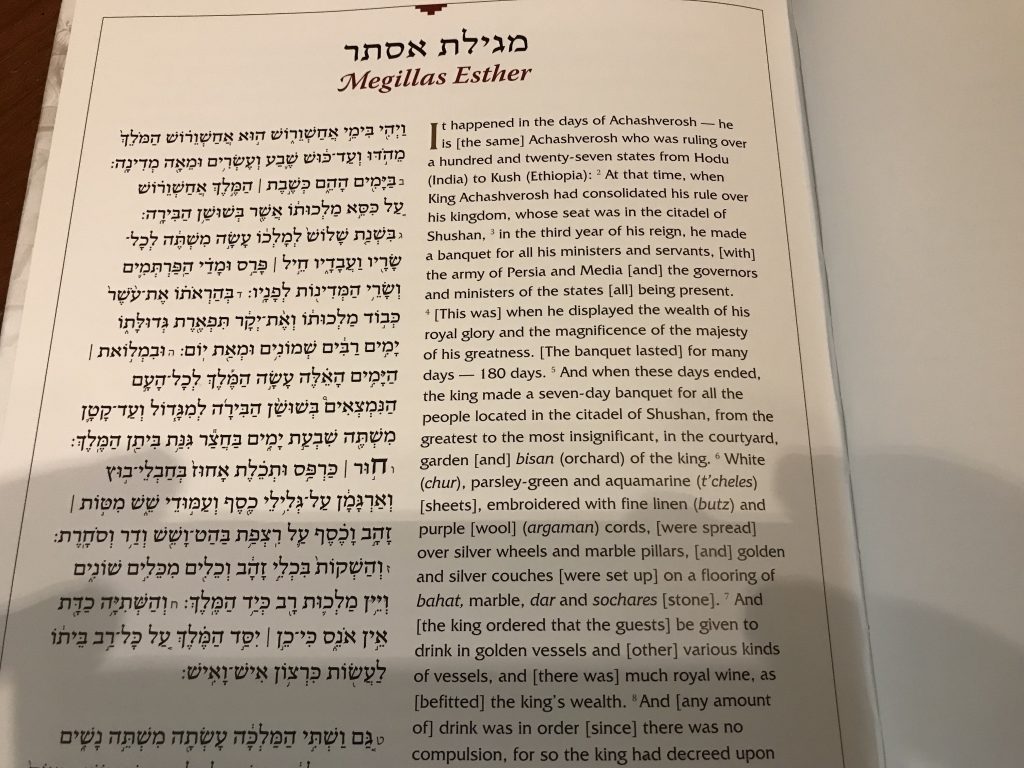 So What Are the Differences in Color Choices?

Below are the differences in colors and shades. The truth is that indigo blue turns into sky blue depending on how little of the dye is used against the wool. The more the dye is used, the richer and darker the color will be and therefore will look more like the indigo color.

Turquoise is translated likely to reconciliate with Rashi’s Yarok-green color and that it looks closer in color to the sea. 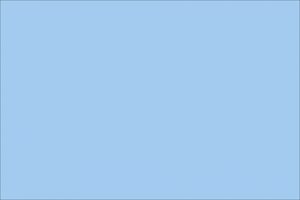 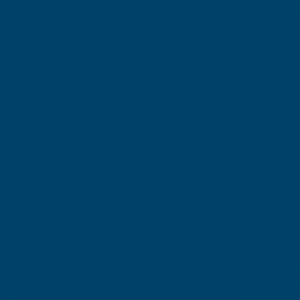 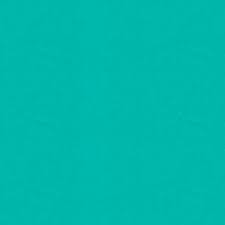 Whatever the shade color is, I want everyone even a little bit curious to see video footage of how snail/sea creature based blue dye is made before jumping to conclusions. Yarok/green can also refer to Esrog-green which is yellowish-green, and indeed is the solution color when salts are added to the solution (this answers Rashi). Not mentioned before, but the Rambam states the color is Shachor/black (which explains why the Ashkenazi custom is to wear black stripes on Talleisim), and this is the peak color (or at least very dark purple that’s like black)  The blue/purple surface once the wool is exposed to oxygen and the shade of blue or purple depends on how much exposure to light/sunlight there is. Techeiles simply means blue. The mitzvah of Techeiles is B”H back and in my humble opinion it’s a worthwhile mitzvah to embrace rather than reject. Happy after-Purim!