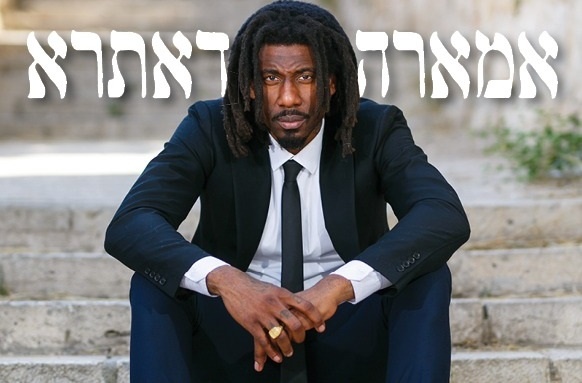 Every morning, even on a Hapoel Jerusalem game day, Amar’e Stoudemire arrives at Yeshiva to learn Gemara, Halacha and Torah. He’s allowed to miss practices on Shabbat and is always wearing a Kipa and Tzizit. But even as his final chapter as a basketball player is around the corner his drive to win titles is still burning inside of him.

To put together the exclusive interview with “Shevii” ahead of the holiday, I met Amar’e (Yehoshaphat) Stoudemire twice and the conversation showed the contrast that the basketball star lives in today. The discussion took place at the Malha Arena locker-room minutes after a Hapoel Jerusalem practice while he was in sportswear and in an ice bath. The photos for the article were symbolically taken at the Yehoshaphat Cave at the bottom of Har Hazeitim with Stoudemire in a tailored suit and a knitted black Kipa (skullcap) while holding a Tallit.

Stoudemire, who will be 37 this coming fall is the most famous basketball player to ever appear in the Israel Basketball League following an NBA career in which he scored close to 16,000 points in 14 seasons, (averaging no less than 18.9 points per game), six All-Star appearances, selected to the Team of the Season and Rookie of the Year in the world’s best league along with earnings of more than 165 million dollars. But as he reflects upon himself he states, “Receiving Israeli citizenship was one of the most exciting and satisfying moments.”

“Receiving Israeli citizenship was one of the most exciting and satisfying moments.”

The conversation which took place right before the Final Four also dipped into the question of who is Amare Stoudemire – how did the superstar who was born and raised as a Baptist Christian turn into a believing Jew who is consistently sitting on the benches of Or Somayach Yeshiva in Jerusalem and who diligently prays Shacharit (morning service) at a 7:00 minyan (quorum) even on the morning of a game day?

But before we get started, Stoudemire has request, “Many people ask me about my conversion and changing religions,” explains the star who began his conversion process in 2011 in New York. “I don’t see this as a change, converting, but rather a reconnection; I have reconnected. As a child my mother told me that our ancestors were Hebrews. Our forefathers had been sent to Africa; from there they went to America and when they were slaves, lost their religion. It’s hard for me to say that I was surprised by her revelation. I didn’t see myself as a religious person but I was always spiritual and that’s why things have proceeded nicely and prepared me for the process that I am undergoing today.”

Stoudemire’s teammates in Jerusalem call him by a myriad of names: STAT, the nickname that he obtained during his great days in the NBA; and Yehoshaphat, the Jewish name that he received from his Rabbi. He lives a Jewish life and always wears a Kipa and Tzizit, he learns Hebrew at an Ulpan, he is regularly at the Beit HaMidrash and Beit HaKnesset (synagogue) and has given his children additional names from the Torah. Interior Minister Aryeh Deri personally granted him a blue Teudat Zehut ID Card and this season and he is even wearing breathable Tzizit during practice; perhaps in the near future he will be allowed to wear them in a league game.

“Shabbat is a beautiful and Holy day,” described the basketball player (2.08 meters) from his perspective. “To go toTefilla (prayer service), to hear a Dvar Torah, it gives one a refreshing start to the week. It’s perfect because there is also an advantage to Shabbat, there aren’t any selfie and autograph requests… When I enter the Yeshiva or synagogue, people still look at me in awe and say that I am doing a Kiddush Hashem (sanctification of God’s name). But this is simply just me.”

All of the Israelis on the team have modern and short names: Oded, Bar, Yogev, Lior, Tamir, Yotam, Guy. You weren’t surprised to receive the name Yehoshaphat?
“Yes, it’s a long name, but enough, ok?” laughs Stoudemire. “I received it as a blessing. When Rabbi Ben Yehuda gave me this name, I didn’t know who Yehoshaphat was. I began to learn, check and investigate and I found out that he was a King in the Kingdom of Yehuda and one that disseminated Torah. It’s a meaningful name.”

Are there Tzadikim (Righteous people) at Hapoel Jerusalem?
“There is one, Doctor Jonathan Merski (the team’s Doctor who wears a Kipa). I have a lot of discussions with him. The others aren’t really in the know.”

Do you feel a special connection to the holiday of Shavuot because of its importance towards converts in Israel?
“Shavuot symbolizes the eternal life of the Jewish nation and on the 50th day we enter Gods kingdom. For me, I connect to God on a daily basis thanks to the learning that never stops. I have Chavrutas (study partners) in Yeshiva and we learn Halacha, Gemara and Chumash.”

Is there any other holiday that you connect to in a special way?
“Passover is a holiday full of meaning and the matzah is important to me because it symbolizes cleaning the sins out of our bodies. But my favorite is Succot. When I still lived in Miami, friends from New York came over to my place and built a Sukkah for me and my family.”

I assume you had a tough time fasting on your first Yom Kippur:
“I think that almost 15 years have passed since then and it was really hard, but I succeeded and now I’m used to it. In all of my years in the NBA, Yom Kippur always landed during a critical time of training camp as the season approached and I fasted. The team’s staff and the other players thought I was crazy, but I didn’t give it up. With time, they saw that I worked hard on my learning and they respected it. I haven’t really faced any negative reactions to the process I’ve been going through and even when there were, I wouldn’t let them enter my soul and affect me.”

This Monday, Stoudemire will wear the #1 jersey for Hapoel Jerusalem and will try to lead the team to the championship, as Jerusalem will tip off against Maccabi Rishon Le’Zion in the Final Four. The dissonance that exists between Yehoshaphat the Jewish believer and Amar’e the athlete has been in the headlines more than usual lately. During discussions concerning the extension of his contract, he expressed his interest to play in a more competitive competition. In a story he shared on his Instagram account the evening before the playoff game against Hapoel Be’er Sheva, he told the fans to come to the game because “It could be my last home game in Jerusalem.” 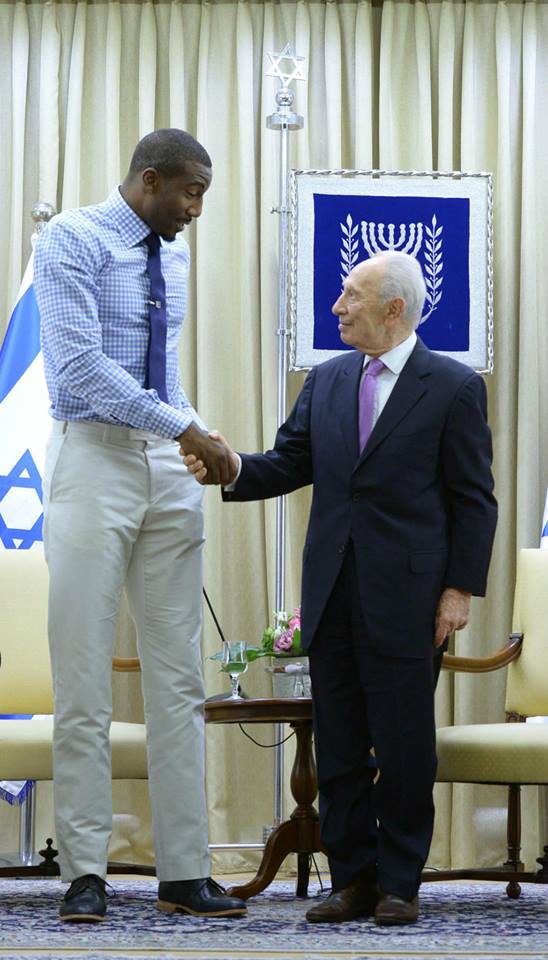 Afterwards Stoudemire told the media that “I thought at that moment of all the good times I had here and that I’m not sure if I’ll be returning to this team. I will continue to play next year. There are NBA camps, Euroleague teams and I always want to play at the highest level.” The Jerusalem fans heard his words and feared the possibility of him leaving them for their rivals, Maccabi Tel Aviv. “In Jerusalem they released him from practices on Friday night because they respect his religion but in half a year he’ll play with Maccabi Tel Aviv on Friday night? I don’t see that happening,” said one of the fans in the stands at the Jerusalem Arena.

Has becoming closer to religion changed you as a person and a player?
“Sadly, I went through a lot in life. A young man who becomes a basketball player and is rich and famous faces many challenges. And I decided to make a change. Becoming closer to Judaism did not come from a crisis, it came from a combination of moments of memory and enlightenment, in which I realized that in life there is much more in the world than just being rich, parties and publicity. It did not hurt me as a player.”

You played with Jerusalem two seasons ago and won the championship, you went back to the United States and now you’re back.
“I missed the energy here and mainly the holy atmosphere in Jerusalem. I learned Torah also in the United States, but here it’s different. It’s a higher level, I feel close to Hashem and I can work on myself both inside and outside.”

Do you still have dreams in the basketball world?
“I hope that one day I’ll enter the Hall of Fame and that they will show there what I’ve done during my career. Until then, I want to keep building my resume and win more championships and more titles.”

This piece originally was featured on Yeshiva Ohr Somayach’s website.