Among the Techeiles community, it’s well known that Rabbi Chaim Yisroel Belsky ZT”L wore Techeiles but didn’t actively tell people they needed to wear it. What many people don’t know was his journey to arrive to the conclusion that murex was the correct source of Techeiles. This is the full, never-before-told story. 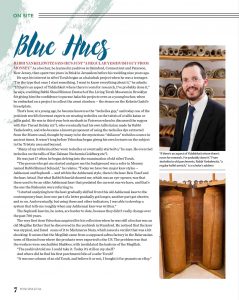 In a recent Mishpacha article, Rabbi Yehoshua Yankelewitz was exposed as being “the Techeiles guy” to tie tzitzis for Gedolim like Rabbi Belsky and R’ Zalman Nechemia Goldberg ZT”L. He also tied Techeiles for others like R’ Benzion Twerski as well as Ben Shapiro.

So I asked him for the full story. Rabbi Eliyahu Tavger’s (the first one to wear Techeiles) father in law, Eliyahu Kaufman was the manager of Camp Agudah and a close friend of R’ Belsky. He made the connection between R’ Belsky and R’ Tavger, and discussed it with/presented it to him numerous times, in R’ Tavger’s unique way which is not very Yeshivish. Yehoshua Yankelewitz called R’ Belsky 18 years ago “in the dark” as he already asked him a bunch of different questions before, and while he already was wearing Techeiles, made up that he got a Tallis Kotton with Techeiles on it. Should he wear it or not, what’s the Issur to wear it? R’ Belsky said that there’s no issur at all, it’s a hiddur, and it’s a shame in our generation that people are scared/hesitant to be mehader bemitzvos from fear of being associated with certain factions of Klal Yisroel. But that was it. Yehoshua then asked him how many Techeiles strings to wear (which was a blank giveaway that he was wearing it), and R’ Belsky answered it should be two. 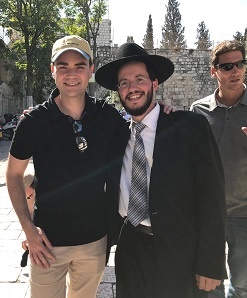 A number of years later R’ Belsky became somewhat anti-murex for a short period of time. A Chassidishe Avrech wrote a series of articles in the journal Beis Aharon B’Yisrael against the murex, bringing various issues. And R’ Belsky gave an official letter of recommendation on his idea, back from February 13, 2000, printed in the journal in 2006, which was the first letter he ever wrote on Techeiles. Anecdotally Rabbi Yisroel Barkin though adds that it doesn’t prove anything: he was likely trying to make this student feel good about himself and nothing more.). This came before his Haskama letter to the Sefer Levush HaAron. Yehoshua called R’ Belsky about it, and being that R’ Belsky was a Talmid Chochom, went into the matter and raised objectives on it, rattling out the numerous “kashes.” And Yehoshua answered all his questions, which was more convincing than anything he heard earlier. Until then he only heard one side of the story.

Yehoshua Yankelewitz personally told me he was on the phone for an hour and a half, across two different cell phones. This detail is important because when he told R’ Belsky after forty-five minutes that his phone was about to die, R’ Belsky replied to find a different phone, that’s he’s waiting for his return call. This indicated that he was taking the matter very seriously and very involved in the Sugya. He found a different phone and called five minutes later for an additional forty-five minutes. After that time, R’ Belsky said, “okay, you seem to know a lot about Techeiles, you would seem to know where to get a pair or two. Get me a pair.” The Beged turned out to be another challenge, being that he needed size 34 as he wasn’t a short person.

The main reason he not only didn’t promote it, but also didn’t wear it on his Tallis Gadol, was because he didn’t want to be associated with a political party, which he felt at the same time was unfortunate that this mitzva needed to be politicized in the first place. He was the Rosh HaYeshiva of Torah Vodaas, a Charedi institution, and a Posek for the Orthodox Union. He was a very public figure with little to no private life, and therefore was worried that his publicly wearing Techeiles and putting himself out on a limb to do a mitzva would cause more harm than good, and that he has to pick his fights wisely. In his words to Yehoshua Yankelewitz, “little can be learned from people who’s Reshus HaYachid is in the Reshus HaRabim.” But he also felt that others that weren’t as public didn’t need to face that type of pressure and therefore could wear Techeiles publicly. 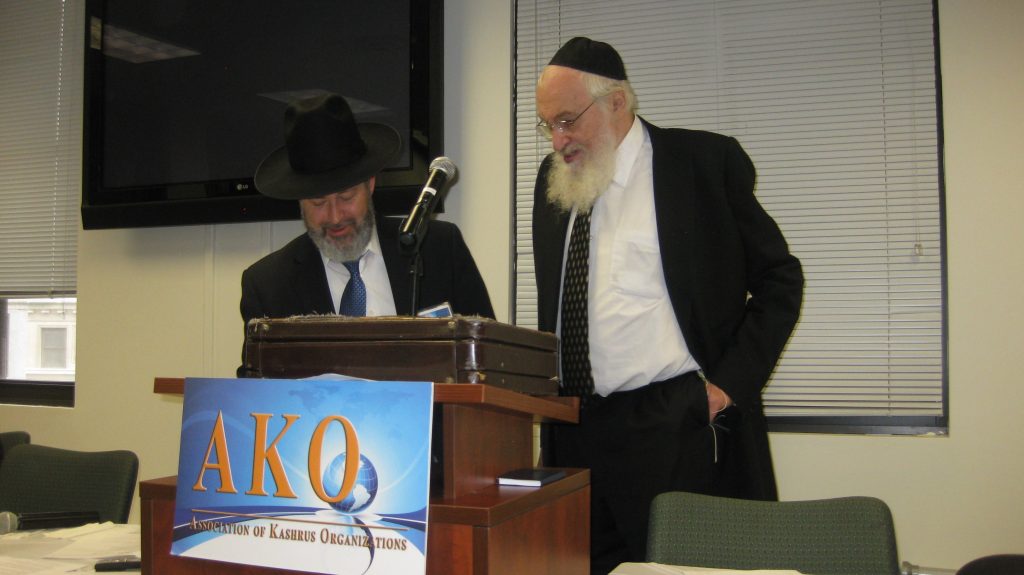 At the same time he was using a bit of Shikul HaDaas (common sense) to arrive at his conclusion, and told others that if they didn’t arrive at it, they didn’t need to wear it. The result is that he has family members like his nephew, R’ Yisroel Barkin, publicly wearing Techeiles and also family members that are actually rabidly anti-Techeiles. While some might view that as concerning, it can actually be seen as a beautiful thing as this is a true Milchama shel Torah.

Permission to repeat this given by Yehoshua Yankelewitz.