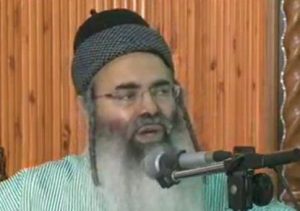 Jerusalem – A Controversial Israeli Charedi Rabbi says rockets fired toward Tel Aviv by Palestinian terrorists is a punishment by god for holding the Gay pride parade in its city on June 13.

In his speech given Tuesday night, Rabbi Amnon Yitzhak said “This “punishment is a blessing, because to atone for sins.” “What is happening now – the punishment for what we allow ourselves too much. Precisely because of this, the Almighty sends us Hamas. Violence is rife with the land of Israel.”

As a confirmation of his words, Rabbi Yitzhak gave the example of the kidnapping and murder of three Israeli teenagers. According to him, killing them on the day of Tel Aviv pride parade is not coincidental.

This is not the first time where Rabbis would have a field day playing Gd. While a Rabbi might represent Gd, prophecy has long since been handed to fools and children (source: Bava Basra 12b). Unless Rabbis have become either like fools or children, I can’t see that happening.

Here are some other Doom and Gloom resources: