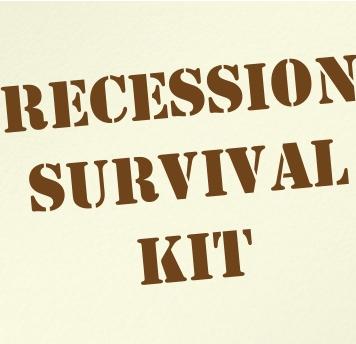 We are at a crossroads in history, not only for the Jewish people, but for the world at large. The financial crisis affects every one of us the world over.

Rabbi Yechezkel Levenstein, the legendary Mashgiach in the Ponovezh Yeshiva, once stepped into a taxi driven by a secular Israeli. Surprisingly, the driver opened up and volunteered the following story:

A number of years ago, a group of friends and I had finished our service in the Israeli army and decided to go on a safari in South Africa. One morning, my friend decided to stroll about on his own. Five minutes later we heard him yelling for his life.

We ran over and saw that a boa constrictor had wrapped itself around him and was crushing him to death. First we took sticks and started hitting the snake. Nothing happened. Then we took rocks and hit it. Still nothing happened! It was wrapped around him as tightly as ever.

The fellow started saying Shema – and, mirculously, the snake loosened its hold and slithered away.

“What happened to that fellow?” Rabbi Levenstein asked the taxi driver.

“Rabbi, what do you mean? The next morning, he put on tefillin for the first time in seven years. Then he signed up in yeshiva, became religious, marries, and now has children.”

“And what about you?” he asked the taxi driver.

“Rabbi, the snake wasn’t wrapped around me.”

The Message Is for You

Anyone who thinks that the financial situation is not going to affect him is like the taxi driver. Even if you have not been personally touched by the financial crisis, the message is for you too.

There are many people who have been able to maintain the same standard of living they had until now. However, only a fool would think that it will always stay that way and that the effects of the recession will never touch him.

How should we approach these difficult times? I am not going to talk budgeting or taking a job that may be below your status and education. That talk has its place. However, what I want to talk about now is the spiritual  perspective, which is the most important perspective and the only one we have full control over anyway. I would like to suggest seven different strategies to help survive this recession. Indeed, if we do them properly we will not only survive, but thrive.

Here are the strategies:

← Before The Deluge: Jews Of The Mediterranean Islands (Part VIII) – Chios
BEFORE THE DELUGE: THE JEWS OF CHINA →